Jonathan King is an experienced trial lawyer dedicated to helping injured victims and their families.

Jon has dedicated himself to helping Montanans in Montana trial courts and before the Montana Supreme Court. “I represent people who have gone through stressful events and find themselves in tough situations, and I get to help them get back on their feet. I can’t imagine a more rewarding job.” 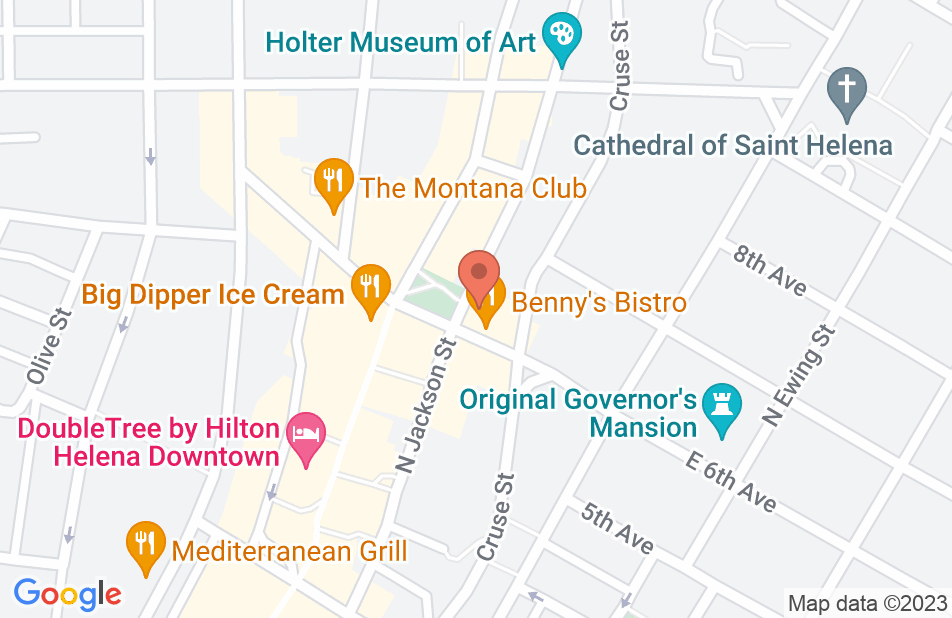 About a year and a half ago I was hit by a drunk driver and sustained some pretty serious and potentially life-altering injuries. I had a number of phone consultations with lawyers throughout the state (prioritizing competence over geographic proximity). A number of other lawyers I spoke to sounded perfectly competent, but Jon struck me as particularly thoughtful, measured, and precise in his thinking. So I ultimately chose him and am glad I did. All I can say is that my initial impression of Jon was pretty on point. He is measured and patient in his approach to litigation, which (I think) is an absolutely crucial attribute of a personal injury lawyer, where there is the temptation to get a bit overly aggressive with the opposition and signal impatience, which then might lead to easier, quicker--but ultimately smaller settlements. Point being, Jon is cerebral, patient, and plays the long game. Further, and maybe most importantly, his ability to formulate strong and well-researched arguments is top-notch. My case was a bit complicated, with a number of moving parts and policies. But throughout the year-or-so process, Jon went up against the legal departments of two big insurance companies, putting forward arguments that were strong enough to get both to fully capitulate (even in a case that was as anything but cut-and-dried as mine was). There was, however, one negative point with Jon I should mention in fairness. In the little of a year long period I worked with Jon, there was a two-to-three week period where for the life of me I could not get a hold of him. I left numerous voicemails, messages with the secretary, etc, but no luck. After writing an email to him him he promptly responded and explained that he was in the midst of a court-proceeding which was pretty much all-consuming. As demanding as they are, I understood and held nothing against him. (I even debate whether I should include this in my review, but hey, full disclosure.) And after that two/three week lapse of communication he was super prompt in getting back to me and keeping in touch. All in all, being the tough grader that I am, I'd give Jon a 9.5/10....meaning he's a mere half-point away from being a flawless and ideal attorney to have on your side. I would not only recommend, but *urge* any friend or family to hire Jon.
This review is from a person who hired this attorney.
Hired attorney

I'm very happy for what Mr. King has done for me and my life. I will always be thankful for him because he did his job and came out a winner!!!! Thank you Mr. King. I love you and I will never forget you!!!
This review is from a person who hired this attorney.
Hired attorney

Mr. King communicated promptly and efficiently. I would recommend calling him first. His quality skills were highly effective in negotiations and we are 100% satisfied. He is a 5 star attorney who gets things done.
This review is from a potential client who consulted with this attorney.
Consulted attorney

The Go To Attorney

The world is often ugly and unfair when you have been injured by someone else. Facing the huge Goliath insurance companies and corporations alone is not the answer. Jonathan King is. He has the experience, resources and connections that an injured individual needs to make it through the maze of the personal injury legal system. Jonathan comes from a family of law, representing those who could not do so themselves. One of the few, he stands up for the little guy and represents them with vigor, passion and technique. He handled my personal injury case with integrity, honesty and energy. Jonathan was knowledgeable about the actual worth of my case and the hurdles we would face. His knowledge of the players and places in the personal injury game was impressive. In the end, we did come out on top due to his diligence and expertise. If you think you may have a case, Jonathan is the first person you want to review your possibilities.
This review is from a person who hired this attorney.
Hired attorney

Jon is the real deal and I'm so glad he was my attorney. He truly cared about me and my case, which was very important to me. Once we got to court, I was even more thankful to have Jon. Jon is very good in court and he blew the opposing attorney out of the water. I couldn’t be happier with the results of my case
This review is from a potential client who consulted with this attorney.
Consulted attorney

Jonathan King is very well-versed in the practice of personal injury law int he state of Montana; he understands the nuances of the law, the negotiation process involved, and the compassion that each of us needs when we've suffered pain. His values of integrity, fairness and the pursuit of excellence guide him through each of his cases as he represents you with his fullest conviction. I speak highly oh Jonathan King and strongly recommend and endorse this attorney because he assisted me with my own case. He is the one you want beside you as you endure your legal journey. Simply put, he cares.
This review is from a potential client who consulted with this attorney.
Consulted attorney

I am very glad I hired Mr. King to represent me. I appreciate the way my case has been handled, and I felt like he handled my case as if it were his own personal matter. I was kept informed every step of the way, and was asked for my input continuously. He was very responsive to my concerns and questions. I appreciate their professionalism.
This review is from a person who hired this attorney.
Hired attorney

I had the pleasure of having Jonathan King as my attorney. When I first met him I felt comfortable with him and it was easy to build a rapport. Jonathan was ethical at all times. He asked thorough and pertinent questions. He is able to communicate effectively and I felt I could share my information openly and honestly with Jonathan. He answered my questions with experience, knowledge, and understanding. He gave me stategic advice, was prompt and courteous when returning my phone calls, and had an open line of communication with me. I feel he truly cares for individuals and fought on my behalf.
This review is from a person who hired this attorney.
Hired attorney

I practiced closely with Mr. King for several years. He is hard-working, bright, and extremely good in the courtroom.
This review is from a potential client who consulted with this attorney.
Consulted attorney

Dedicated to his clients

Jon has been one of the most helpful attorneys that I have ever worked with. He does not leave you hanging, returns phone calls and follows up with you even after your legal needs are met. He is sincere and truly cares about his client's well-being. Wish he could represent me and my family in all of our legal affairs.
This review is from a person who hired this attorney.
Hired attorney

Jonathan King is very well-versed in the practice of personal injury law int he state of Montana; he understands the nuances of the law, the negotiation process involved, and the compassion that each of us needs when we've suffered pain. His values of integrity, fairness and the pursuit of excellence guide him through each of his cases as he represents you with his fullest conviction. I speak highly oh Jonathan King and strongly recommend and endorse this attorney. He is the one you want beside you as you endure your legal journey. Simply put, he cares.

Ive known Jon for over 20 years and he is one of the most diligent and capable attorneys that I know. I would highly recommend anyone considering using his services to do so immediately.

I had the pleasure of being one of Jon's co-worker's when he was handling criminal defense work in Massachusetts. He is smart and passionate about his work, he is committed to his clients and obtains excellent results. I would recommend him highly and without hesitation!

Jon is courteous and diligent in all that he does. He' also a good person.