Catherine Turner grew up in Minneapolis.  She graduated from UMass Amherst, where she was a news writer and editor for the Massachusetts Daily Collegian. During college, she lived in Washington DC for a summer as an intern at the Woodrow Wilson International Center for Scholars. There she worked for the Conflict Prevention Program. After graduation, she switched coasts and headed out to Oregon for law school at Lewis & Clark Law School.

When she is not lawyering, Catherine enjoys biking, running, and cross-country skiing. She loves to sew and garden. She loves cooking, traveling, and going to concerts. She volunteers regularly for local organizations that feed the infirm. Her favorite thing to eat at the Minnesota State Fair is deep fried cookie dough on a stick. Her favorite bird is the pelican. 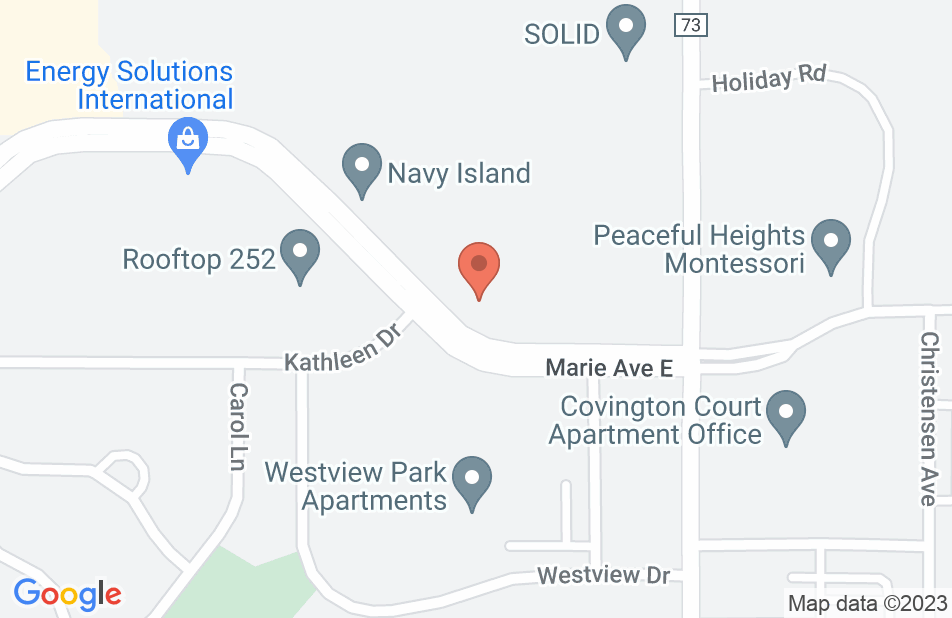 If you need an excellent defense lawyer, Catherine Turner is definitely one of the best. She is very sharp, patient and professional. I had a tough case and she did an amazing job with it. She kept me out of jail and didn't stop until she delivered the best possible outcome. Her efforts are sincere and she does everything she can for her clients inside and outside the courtroom, I felt as though I had a friend in my corner who definitely was there to help me. I'm very fortunate that I had such a fantastic lawyer. I can't thank Atty. Turner enough for the tremendous help she had provided me. I have and will continue to highly recommend Catherine Turner.
This review is from a person who hired this attorney.
Hired attorney

Ms. Turner has represented me on two separate matters. One of serious consequence, and one less severe. She not only made my life easier to manage, she saved me from immense damage and set-backs. She saved my future! Turner knows what is possible in each case. She's articulate with the county's and goes to bat for her clients. While advocating, she is able to paint a clear picture about her client to the prosecutor. If you've been charged with a crime that doesn't align with your principles, she won't stop until it is recognized by the law at hand. Every county in MN respects and adores her. She is someone you want on your side. Turner won't settle for less than justice.
This review is from a person who hired this attorney.
Hired attorney

Ms. Turner was a referral after my hired attorney was placed on convalescent leave. I wish I had found Ms. Turner out of the gate. Ms. Turner comes across very well versed in her subject matter. She is as well versed on the courts in her territory. She is very confident and straight-forward with her predictions and assertions. It is my opinion that she will give you an honest effort to secure the best possible outcome. I would highly recommend this attorney.
This review is from a person who hired this attorney.
Hired attorney

I would like to thank Catherine Turner for saving me out of a case which put my career in Jeopardy. She had taken care of very minute details and ensured justice has been done to me . She has a very strong knowledge of the law . Her fees is also affordable . I strongly recommend her
This review is from a person who hired this attorney.
Hired attorney

Catherine is a valuable asset to my freedom today. I was facing multiple counts of felony assault charges and the prosecutor even tacked on two more misdeamoner charges right before we went to trial. Although Jury trial was scary and I was nervous, Catherine was on my side the whole time and kept me out of jail! How did I only get one year probation? I don’t know but thanks to Catherine I believe we achieved the best outcome possible. Thanks Catherine!
This review is from a person who hired this attorney.
Hired attorney

For two long years my family and I went through a living Hell. Imagine that you are an innocent person....a parent...a hard-working employee with a great family and good friends. Now try to imagine living for months with the possibility of not being able to enjoy that....living in fear of not being able to hold your children.....in fear of not being able to find a decent job. It's unimaginable and if this exact thing hadn't happened to me I never would have believed it could happen. But it did. Two years ago I was wrongfully accused of a sex crime. The accusation was absurd and completely false. I never truly believed that the accusation would lead to anything at all. But it did. I was eventually charged and arrested and the horrible nightmare had begun. I lost a great job almost immediately and had no choice but to rely on the Public Defenders Office for my defense. For 16 months they had my case and accomplished very little. Understandable considering their workload. They were, however, able to obtain many valuable records and other evidence that clearly pointed to the truth....I was an innocent person being prosecuted for a crime I did not commit. The prosecutor was made aware of these findings but she continued to persecute me. I had even voluntarily taken and passed a polygraph test. It didn't matter. Apparently the only thing that did matter to the State was winning a court case that never should have become a case in the first place. Time passed and I eventually was able to find a job in a field that does not do background checks. I was able to live but with nothing extra. I made my attorneys aware of my work situation and living arrangements. A trial date had been set a few different times but as the "final" date was rapidly approaching I was extremely concerned about my defense. I thought it was weak so I wrote a letter to the State outlining my concerns. Shortly after discussing this letter with my attorneys they had me reviewed by the court to evaluate whether or not I qualified for a Public Defender. The Judge ruled that they would have to continue to represent me at trial. However, after a second review the Public Defenders Office was able to convince the Judge that they could not represent me and he released them from the responsibility of representing me at trial. Three weeks to trial and I didn't have an attorney......my heart sank. The Judge was gracious enough to allow me time to get another attorney even though the prosecutor argued aggressively to keep the trial on schedule. I was petrified. Even though I was crushed and over-whelmed with hopelessness, my family and I pushed on. A law enforcement friend of my brothers suggested Catherine to us and, as a family, we were able to retain her services. Catherine and her assistant had very little time to prepare. The Judge gave her four months. The State had been working on it for nearly two years with many more resources. Catherine went to work. She believed in us and she believed in our case. She never stopped believing or working. I truly believed that it would never go to trial. I believed my accuser would not dare to even show up. Thank God Catherine did not have that attitude because it went to trial. And when the time came she was PREPARED! When we needed her the most she was READY! My request to Catherine from the second I met her was to tell my story. I wanted the court to know the truth, to be acquitted and vindicated so that I could have my life back. Catherine is a determined and diligent person and I knew she would do her best. The trial was awful. We ran into one road block after another. The State was able to preclude 90% of our evidence. After a few days it was looking bad. Spirits sank and tears flowed. But Catherine was not having it. She rallied us and was able to lift our heads and keep fighting. At the end of the trial Catherine had told our story and we won! SHE IS AMAZING!!!
This review is from a person who hired this attorney.
Hired attorney

Catherine knows what she's doing and executes like a pro. She guided me through everything with clear and timely communication and, at every step of the way, it was obvious that she knows the criminal process inside and out. She's an excellent advocate who really took the time to learn about me and my case and made sure that I got the best outcome possible. Definitely not the type to phone anything in. Highly recommended!!
This review is from a person who hired this attorney.
Hired attorney

Catherine tried a bogus driving ticket from a cop in Minneapolis for me and she won hands down! She was professional and passionate; I was so relieved when the judge said "not guilty" and she was there right beside me. She even won the case twice as after the not guilty verdict she went on to point out that the city prosecutor did not meet the minimal burden of proof. What a star! I would absolutely recommend her, and have. The consummate professional she has even spoken at my professional organization in front of 50-75 rehab counselors and gave an impassioned and information presentation on expungement of felonies and general criminal record questions.
This review is from a person who hired this attorney.
Hired attorney

Catherine is a great lawyer. She helped me,my brother,and a friend all on separate cases and i speak for all three of us and our families when I say how much we appreciate her help. Thanks again Catherine
This review is from a person who hired this attorney.
Hired attorney

Professional, competent, down to earth

Catherine has represented me in several very different situations. She's professional, creative, competent and down to earth. She was on my side until the end whether we had success or not.
This review is from a person who hired this attorney.
Hired attorney

I've had the pleasure of attending a couple of national training seminars with Catherine. She is talented and dedicated to her work; a fantastic combination. I highly endorse Catherine as a criminal defense attorney!

Catherine Turner has an exceptional work ethic, which I witnessed first hand as classmates in law school at Lewis & Clark. That work ethic and dedication has grown stronger over the years as she consistently gets great results for her clients. Catherine is a compassionate, determined, and zealous advocate for her clients.

Catherine is an excellent lawyer dedicated to the difficult task of representing clients in all stages of criminal law proceedings. I have personally tried extremely serious and lengthly jury trials with her and can speak from personal experience that she is among the top criminal defense lawyers in the Twin Cities. I highly endorse Catherine and would not hesitate to send her referral cases or work on joint criminal trials together. Bottom line ... she is excellent.

I endorse this lawyer because she is a fantastic trial lawyer, who obtains great results for her clients who, in turn, are very pleased they got her.