I stand prepared to take your case to trial, and keep in contact with frequency and professionalism.

Alex De Marco is an experienced criminal defense lawyer who has represented clients charged with everything from traffic offenses to murder. He has handled over 30 trials and numerous contested hearings. He also practices employment and labor law, is experienced in child custody issues, and has represented both children and parents in child protection proceedings. He attended college and Law School at the University of St. Thomas where he was recognized for his academic excellence and community service.

He remains active in local politics and public advocacy. A devoted athlete, he is a National Strongman competitor turned distance runner. Alex is a big personality who balances professionalism with a down to earth edginess that endures him to his clients. He has a reputation for aggressive trial representation. 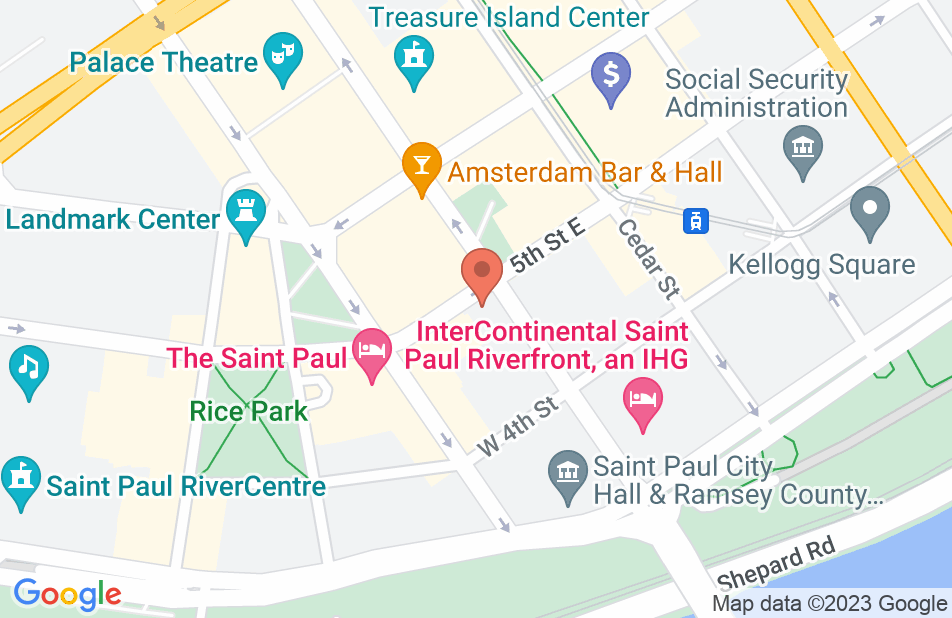 Mr. De Marco is one of the best attorneys I have ever met. He was knowledgeable, caring, compassionate, and understanding with my case. He has gone above and beyond for me. He was personally vested in representing me and explained what was going on and what he was doing for me every step of the way. I plan on hiring Alex again and would reccommend him to anyone looking for an honest attorney, whom is willing to fight for you.

I was charged with a 4th degree DUI. I called Alex the next day via a referral from a friend. Alex was extremely helpful and accommodating. I was able to meet with him the next day in the evening, so I didn't even have to take off of work. He immediately put me at ease, first acknowledging my emotional state and then, after hearing my accounts of the evening, telling me my options and potential outcomes. I left with a good understanding of what to expect during the legal process. After our initial meeting, Alex went out of his way to help me with the many tasks associated with a DUI, including faxing materials to DVS while I was on a business trip so I could install the ignition interlock after I got back home. He provided recommendations on what to do prior to court to help my case. This being my first DUI, I had many questions along the way and Alex went out of his way to be available for me to answer those questions. Alex did a thorough job reviewing my case materials and provided me with what I believe to be sound legal advice. When my arraignment came, he came to court with me and spoke to the prosecutor, resulting in what I believe to be the best possible outcome for my case. I can't thank Alex enough for his availability, knowledge, and caring attitude. It was nice not to feel alone in the legal process during a very difficult time in my life.

He came to see me while I was in jail had a consult and I hired him. I was instructed not to talk about what really happened and not under any circumstances talk to the jail staff or inmates or my visitors about my case. He delivered as promised and I'm a free man enjoying my family and my freedom because of the wonderful services he has provided me. I wouldn't recommend anyone else as far as a legal defense attorney goes. Alex is a man of his word and is very good at what he does. If you need help he is the man to call
This review is from a person who hired this attorney.
Hired attorney

I reached out to Mr. De Marco for a consultation with a domestic assault charge. Mr. De Marco emailed me back almost immediately and set up a consultation phone call. After explaining my situation to him(and going well past the one hour time frame we had agreed on for our consultation) Mr. De Marco provided me with a wealth of information. Sadly, Mr. De Marco was unable to represent me but made sure I had all the tools and knowledge available to me going forward. Thanks to the assistance provided by Mr. De Marco I received a very favorable outcome in my case, and I could not have been happier with the results, and I highly recommend Mr. De Marco.
This review is from a potential client who consulted with this attorney.
Consulted attorney

I was having difficulty with an attorney that was working on my case. I decided to look for new representation. That's when I found Alex. After meeting him I knew he was the right attorney for me. He is knowledgable, well prepared and a good communicator. But the best attribute about Alex is that he really cares. I highly recommend Alex and will refer him to all my friends.
This review is from a person who hired this attorney.
Hired attorney

Got me out of a pickle!!

Alexander De Marco is most likely one of the best informative and factual lawyers I have ever spoken with. He understood my case and the situation I was in. I had been at a small gathering and my roommate was getting belligerently intoxicated, and as I realized this he came at me and head butted me about three times. I had not retaliated because I don't like fighting, but unfortunately this drunk friend of mine was not himself and he was not giving up. We then later got kicked out of the house because my other friend puked all over their couch. So I drove my friends car back home and we were driving and my belligerent roommate was threating me for about 10 min until finally he started to choke me while I was driving. So now he was endangering mine and my friends life, so I had to do something. I pulled over and he got out and so did I, it was a brawl. He kept repeatedly trying to drive off with my friends car and I would not let him, so I ripped him out and left him there on the road and drove off. Later the next day he came home not knowing anything relevant to that night. He also was put in a detox facility that night, after I left him on the road. A few days after that I received a 5th degree domestic assault in the mail and it said I needed to appear in court. So I needed a little bit of help with this. The case was dismissed, we just had to hurry up and wait. The thing I really didn't get out of it was how could a police officer take a man's word when he has a BAC of .180. So from the stats he was extremely drunk. Thanks again De Marco you're the man.

Review after Alex's help with a DUI case

Alex did a wonderful job. My case was dropped to a lesser charge because of his hard work and his advisement's. He conducts himself as both a professional and as one who is concerned with making sure he can do all he can to represent you well. He also helped guide me through the court case processes and gave me input as often as he received it from others. His diligence and ethical behavior yielded me the opportunity to do a bit more work to prove that I am not a chronic alcohol abuser. Because of this work, he was able to get a deal with the prosecuting attorney and my charge was lessened. Huge thanks to Alex!

Alex Demarco was recommended to me by a friend that attended the same university as he. After our initial phone call and subsequent meeting,  I felt confident that he was the right attorney for me. Receiving the contract with the wrong client name and agreement terms, should have been my first clue that although Alex says (and quite possibly believes) all the right things, his attention to detail and ability to deliver falls short. Over the course of 7 months, my experience with Alex was wrought with one excuse after another. Here are just a few...("My sister-in-law is in the hospital." "You've caught me at a pretty horrible part if life at the moment." "Sorry, I was so sleep-deprived from jury trial." "Understand i have a murder case that's absolutely occupying my time here.") Initially,  I was sympathetic to his plight.  But eventually,  I came to the point where I just wanted my lawyer to represent ME (his client, who incidentally paid in full upfront). That, and his adventurous Facebook posts didn't seem to jive with the excuses he was giving me. In the end, it took Alex 7 months to obtain a simple video from campus pd, and that took me riding him the entire time. Although incomplete evidence was eventually supplied to him, Alex neither questioned/followed up it, nor did  he return any of my attempts to contact him further. I regret 100% my decision to hire him. Given my personal experience,  I'd recommend steering clear.
This review is from a person who hired this attorney.
Hired attorney
Alex Marco's response: The best part of the story is I got your case dismissed. You were upset because TCF stadium took forever to release the video because you wanted to sue the police. You were given the video a month after your case was dismissed..well within the three year statute of limitations to file suit amd I referred you to a lawyer specializing in police litigation. Your case was handled in a standard and timely fashion for Hennepin County.

Caring and honest. One of my first calls when I need co-counsel. I have known Alex his entire legal career, and he is ethical and hard working.

I endorse this lawyer. Alex is a fierce, experienced advocate for his clients who knows how to work the system. I give him my highest recommendation.

Alex is a zealous advocate for his clients. He consistently goes the extra mile to obtain the best possible outcome. Prosecutors and judges know Alex for his thoroughness and attention to detail. I highly recommend his services.

I highly endorse Alex De Marco. He is a tough, zealous advocate, bringing his considerable experience, passion,and intellect to bear for each and every client. Alex also understands the criminal system like few others and, given his creativity and relentlessness, he frequently achieves significant victories on even the most difficult cases.

Rarely will you meet a lawyer as passionate about doing justice for his client as Alex. Proud to have him helping and defending the accused.

Alex, thank you very much for your kind endorsement. It means a lot coming from one of Minnesota's best young criminal lawyers. Any client would benefit from your intellect, passion, and tenacity on their case. - Jeff

Alex is an experienced, knowledgeable, and zealous criminal defense lawyer. Alex is driven to get results for his clients through negotiations, motion practice, or trials, and has a strong track record of getting those results.

I endorse Alex without hesitation. I have known Alex since he was a law student. I also know the lawyers in his community and have watched his practice. Alex is an excellent lawyer, and a truly gifted advocate for his clients. He brings dedication and passion to his work, and I am proud to call him a colleague.

There are very few skilled trial lawyers left in the criminal law. Alex is certainly one of the best. Alex's skills in court are second to none, and he has a lengthy record of wins to prove it. He is one of the most knowledgable and competent defense attorneys I know.