Patrick Taggart, II grew up in Sauk City, Wisconsin. After graduating from Marquette University Law School, he returned to the Sauk City and Prairie du Sac area and joined the law office as an associate attorney. In 2001, Patrick became a partner of the law firm.

In April of 2011, Patrick Taggart II was awarded an AV® Preeminent ™ Peer Review Rating by Martindale-Hubbell. This is the highest rating available to an attorney in the United States. He was selected as one of Wisconsin’s Top Rated Lawyers™ of 2013 for Banking & Finance, Business & Commercial and General Practice. Avvo has given him its highest rating of 10.0/Superb.  From 2015 through 2019, Patrick has been selected as a member of the Nation’s Top One Percent by the National Association of Distinguished Counsel (NADC). From 2016 through 2019, he was selected as one of the Top 100 Litigation Lawyers in the State of Wisconsin by the American Society of Legal Advocates (ASLA).He has also appeared on Court TV.

Patrick has served on the Board of Directors for many local business and non-profit organizations.  In 2019, Patrick was appointed by the Wisconsin Supreme Court to the Appointment Selection Committee.  He has served as the President of the Sauk County Bar Association.  He served as President of the Sauk Prairie Area Chamber of Commerce from 2008 to 2010.  He has been a member of the Sauk City Housing Authority Board since 1998 and a member of the Sauk Prairie Healthcare Foundation Board from 2008 to 2017.  In 2013, he became a founding member of the Board of Directors for Colsac Skiers, Inc., a non-profit adaptive water ski school for children and adults with disabilities, including our injured veterans. 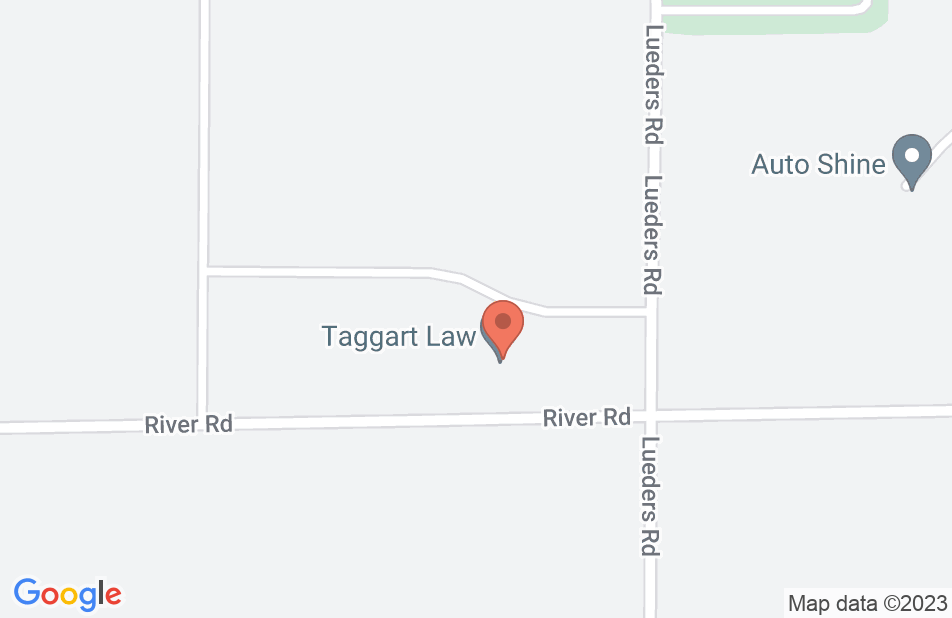 | No address is available.Sauk Prairie, WI

We used Patrick Taggart II to help us with our own will and also to help me with my aunt's estate after her death. Patrick was very detailed, knowledgeable, quick to respond to my calls, and made me feel comfortable in our conversations. Everything was done thoroughly and on time. His staff was very helpful.

I appreciate the immediate response I get from Patrick. He always knows what to do. He has helped my husband and I with our personal and business matters. Patrick has made every situation easier with his knowledge and expertise. What a blessing to the profession. Give him a try and you will see! =)

Patrick helped me with the purchase of a business. He was very knowledgeable and expedient. He made excellent recommendations and kept the lines of communication open and clear. Although the purchase had some emotional components, Patrick kept me focused on the end result and now I am thoroughly enjoying my new business. I highly recommend Patrick and his firm of LaRowe, Gerlach & Roy.

Pat represented me on the real estate closing. Great communication, explained precisely what I am getting myself into (and was right). He was very knowledgeable and responsive to all my questions. Definitely the attorney you can count on and you will not be disappointed in his representation of you.

Patrick is an awesome attorney! His approach is very honest and straight forward. He takes the time to thoroughly understand the situation and carefully lays out his recommended approach. I highly recommend him for any of your legal needs.

Patrick is an excellent attorney who does thorough research and is very well prepared for all of his cases. I have attended several mediation sessions with Patrick and have been impressed with how he presents the facts and fosters a cooperative attitude by quickly gaining the respect of other attorney's.

I have known Patrick since law school almost 18 years ago. I am very confident in referring clients who have various legal matters in Sauk County or surrounding areas to Patrick. He is a highly knowledgeable and conscientious attorney who represents his clients to the fullest extent.

I have known Patrick for many years, and I know him to be a very competent attorney. I have no hesitation in referring clients to him in those areas of the law which I don't handle or when a conflict of interest arises.

I heartily endorse Pat's work. Pat is a very knowledgeable and competent practitioner, who combines his excellent skills with good judgment and common sense, and avoids unnecessary contentiousness without compromising his ability to get the sort of results he wants for his clients.

I have worked w/ Pat for over a decade. His work is excellent and he has the rare ability to listen to his clients. I refer work to him when we have a conflict.

I have known Pat for over 13 years. He has always demonstrated the highest level of integrity, professionalism and competence. He is a good person, father and leader in his community. He is a successful attorney and partner with his firm. He is a talented and dedicated lawyer, and you will not find a more caring and compassionate lawyer. I am honored to give Pat the highest endorsement. Chad W. Koplien