Brian Watkins focuses his practice on criminal defense and protecting the accused from their government.  A believer that “to be a person is to have a story to tell,” Brian tells his clients’ stories in the service of their constitutional rights and personal interests.  He represents clients at the trial level, those questioned in connection with criminal investigations, and—on appeal—those already convicted of criminal offenses.

As an invited guest lecturer, Brian has spoken on issues related to the criminal justice system including wrongful convictions, witness misidentification, false confessions, and litigating post-conviction claims of actual innocence.  In addition to his private practice, Brian serves as Co-Counsel to the Cooley Innocence Project. 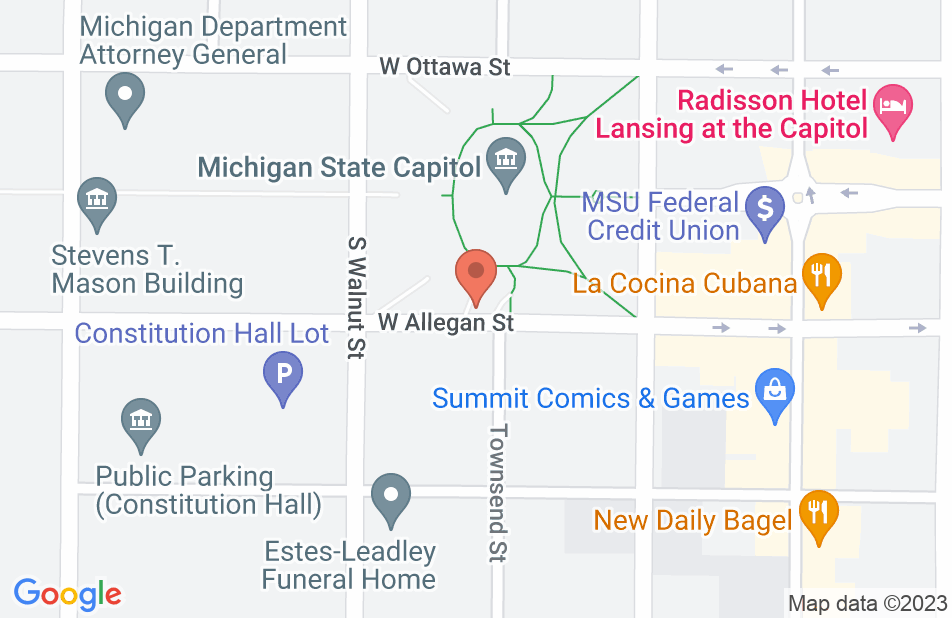 Brian was an amazing attorney. He listened and fought for the story I had to tell. That the charges against me were due to my addiction and being literally young and dumb. And now as an adult and contributing citizen to society I have changed my life for the better. While trying to pay it forward everyday. I am thankful I found Brian and that my Aunt referred him to me for help. God Bless.
This review is from a person who hired this attorney.
Hired attorney

Brian was hired to represent my son who was charged with several counts of sexual assault with a possibility of facing life in prison; through Brian's representation, all of his charges were dismissed and my son will receive no jail and have no criminal record. As a mother, I was beside myself and felt helpless with the news of the initial charges. A day after hiring Brian, I was at ease and knew that he was going to work as though my son were his only client! Brian did not let me down! He connected with my son. He got to know my son which resulted with my son trusting Brian. He was there for my son and me. He answered all questions professionally and ensured that we understood everything. Brian came to court prepared and prepared my son for what would be taking place. I can not give Brian enough stars! No need to look any further for any of your legal needs! Hire Brian Watkins! He will not let you down!
This review is from a person who hired this attorney.
Hired attorney
See all reviews

I endorse this lawyer. I met Mr. Watkins at a Criminal Defense Attorneys of Michigan Trial College in the summer of 2016. I have since met him at other CDAM functions and have had an opportunity to talk to him about cases. Brian is constantly working to better himself as a lawyer - a sign of a conscientious and intelligent lawyer. He is knowledgeable about the law and passionate about advocating for the accused.

Brian is one of the most intelligent and dedicated attorneys in the area. He is determined to make sure that each of his clients is protected and well served. It's not often that you find someone as dedicated to their practice as Brian; for these reasons and many more, I endorse Brian as an excellent attorney.

I have endorse this lawyer through giving him the best compliment I can: I sent clients to him. Nothing is more important to a good attorney then making sure they send their clients to the correct referrals. Mr. Watkins is the correct referral for my clients when what they need is above my skill level. I know that their cases will be handled with care and respect. And thus I am confident when I send clients, colleagues, or friends to him. ~Katie

Many reviews and endorsements on avvo mention how well a lawyer handled a particular matter, but few highlight how a lawyer handled situations prior to becoming the professional they are now. Brian and I went to law school together, and in that time I had the pleasure of working with him in a clinic specializing in post-conviction matters. Brian impressed me with his attention to detail and professionalism when dealing with sensitive subject matters, with clients he had never had the opportunity to meet. There was never a moment when Brian wasn't dissecting the facts of a case, or thinking about it from a different angle. Brian thought like an attorney before he became one. The level of devotion he exhibited early on doesn't come from passing a test, it comes from character. Those who are in a time of need would be lucky to have an attorney as devoted as Brian.

I strongly and without reservation endorse Attorney Brian Watkins. I had previously worked with Brian for over two years in his capacity as a law clerk and now attorney. Brian has shown himself to be honest, competent and steadfast as a young lawyer. Brian possesses the knowledge and killer instinct that is essential to being a great attorney. He is well prepared, very thorough, and cares about his clients. Brian Watkins is relentless in representing his clients. He analyzes a case from every angle so he is never surprised by the sudden turns in court. He is sensitive to client’s needs and works tirelessly for them. A top flight lawyer