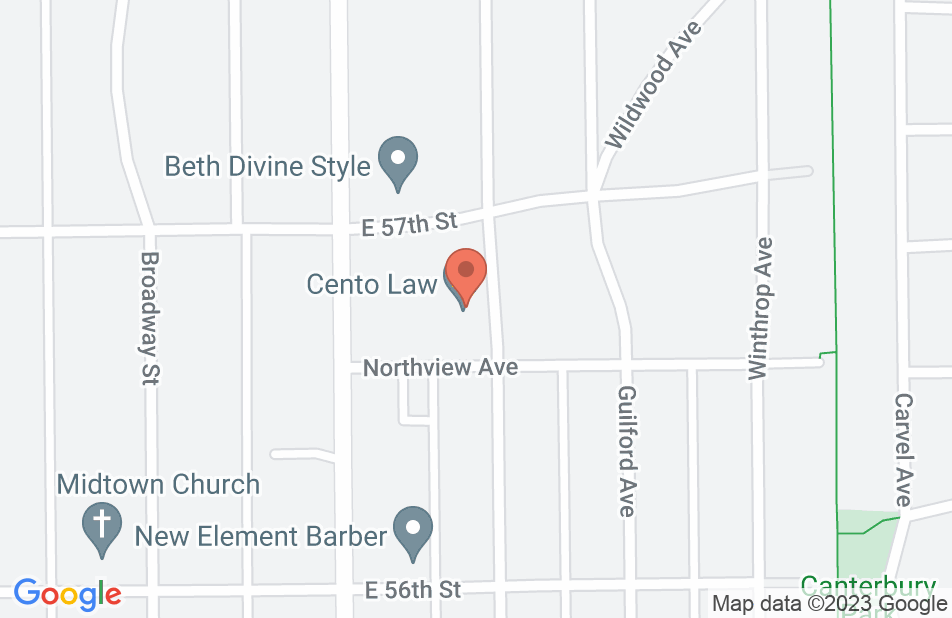 I hired John to represent me on a FCRA complaint. He was knowledgeable and was able to achieve a good result. However, he received my settlement check six weeks ago and has made numerous excuses to delay payment: I will pay tomorrow, I will get to this in a few days, I calculated my contingency fee wrong, I forgot to credit the payments you made. I was even billed for him to read the email with my wire instructions, but then he supposedly mailed a check for a portion of the settlement which was then apparently lost in the mail. I have left him apx 25 voicemails in the last 50 days and he has not returned one. I have sent apx 25 emails and he has responded to apx 5, every time with a new excuse.
This review is from a person who hired this attorney.
Hired attorney
Guerino Cento's response: This disgruntled former client's complaints were submitted to the Indiana Bar for review and were found by the Indiana Disciplinary Commission to be without merit. His allegation that settlement funds were kept was baseless and false and his grievance was dismissed by the Commission.

I endorse this lawyer. John knows the ins and outs of his areas of practice. He is creative, a real advocate, appropriately aggressive, and likes to win. I would recommend him without hesitation.

John possesses a high level of knowledge, experience, and skill regarding credit reporting and the Fair Credit Reporting Act.