We strive to keep you out of jail, keep you employed, and keep your families together.

Mr. Clifford began his legal career as an Assistant Public Defender in Huron County (Norwalk, OH).  After 6 years defending adults and children charged with crimes, as well as handling neglect and abuse cases, he became a Municipal Prosecutor for the City of Norwalk, prosecuting misdemeanor crimes that occured in Norwalk, Monroeville, and the unincorporated parts of Huron County, as well as charging and prosecuting felonies in preliminary hearings.  Many times he prosecuted OVI/DUI and drug related offenses.

In February 2012 The Law Offices of T. Douglas Clifford, LLC were opened.  The office is focused primarily on DUI and Criminal Defense.

Mr. Clifford is a member of the Ohio Association of Criminal Defense Lawyers (Board Member), an Associate Member of the American Academy of Forensic Sciences, a Member of the American Chemical Society (Chemistry and Law Division),  The National College of DUI Defense, and a "Founding Member" of the national DUI Defense Lawyers Association.  He spends extensive amounts of time doing research in the DUI and Criminal Defense arena and attends numerous state and national seminars in order to be on the cutting edge of defending these types of cases.

Additional Mr. Clifford owns two "BAC Datamaster" breath test machines (the ones most used in Ohio for evidentiary purposes) and an Alcho Sensor IV (a commonly used Portable Breath Test Device) in order to accurately understand how evidence is acquired against those accused of a DUI Offense. 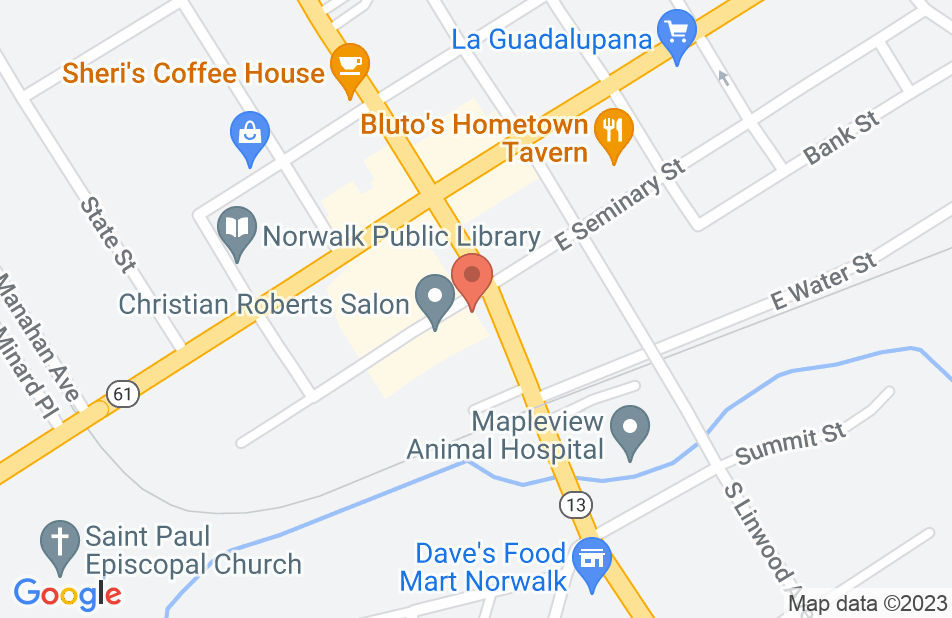 Had consultation with him we talked about my case so I hired him to defend me.. when we went to court everything we talked about is how it played out and he got my offense reduced just like he said he would. If I ever have anymore run ins with the law I will use him again and I definitely will recommend him to anyone that has troubles with the law.
This review is from a person who hired this attorney.
Hired attorney

On top of things

Attorney Clifford was great for my case. We never had to wait, he always made our needs/questions a priority. He definitely gets the job done with a positive outcome.
This review is from a person who hired this attorney.
Hired attorney

Doug was super helpful with my case. He is very professional and easy to work with.
This review is from a person who hired this attorney.
Hired attorney

As with any situation like this I do detailed research to find just the right person for the job. Mr. Clifford rose to the top of my list quickly. He is very professional and easy to work with. At each point along the way he was clear on what to expect and too, on what not to expect. He worked well with the Court staff & Prosecutor. By the time we went before the Judge I was relaxed and knew what to expect.
This review is from a person who hired this attorney.
Hired attorney

He got case dismissed!! ty again he is a great lawyer i highly recommend him!!!
This review is from a person who hired this attorney.
Hired attorney

Mr. Clifford is a very knowledgeable attorney and took on my felony 4 /domestic violence case without hesitation. He was able to get the charges knocked down to a minor misdemeanor and saved me from going to trial and potentially ruining my career. I 100% recommend him for any criminal or DUI case!
This review is from a person who hired this attorney.
Hired attorney

I am very satisfied with the job Douglas Clifford put in on my case. He was very straightforward and reassuring. After first talking with him I felt good about how informed Douglas was through his experience of the law. He really put my mind at ease. I strongly recommend him for any cases or problems you have in the future.
This review is from a person who hired this attorney.
Hired attorney

Mr.Clifford is a really nice guy to work with. Hes definitely a family guy he will crack some funny jokes and make you feel at home. When things need to be taken care of he will make sure whatever you need is taken care of. He will be 100% with you and let you know what you need to be told wether it’s good news or bad. I like that he made me feel like I knew more than I actually did and helped me around my case and helped me out with the right decision making. I just wanna thank Mr.Cifford for helping me with my case and turning my F5 into a MM.
This review is from a person who hired this attorney.
Hired attorney

Clifford is an extremely knowledgeable and experienced lawyer. He took the time to listen to my input and needs while also keeping things realistic. I would hire him for all my legal needs.
This review is from a person who hired this attorney.
Hired attorney

Attorney T. Douglas Clifford was an excellent attorney.He worked with me and kept in contact.Very courteous and informative.He kept in touch with me with all info and changes.He also had faith in me that I was truthful with him which is an out standing feature.Worked to get the charge in my case dropped and lowered to a lessor charge.All in all, he did a fantastic job and I would recommend him to anyone and would not hesitate to work with him again. Thank you again.
This review is from a person who hired this attorney.
Hired attorney
See all reviews

Doug is an exceptionally knowledgable attorney who will go to bat for his clients in all aspects of their case. He has presented at a CLE or two which i have attended, and is a well respected, highly regarded attorney throughout the State of Ohio.

Doug is the hardest working guy in show business. He is constantly striving to further his knowledge of OVI/DUI defense and is highly active in the Ohio Association of Criminal Defense Lawyers coordinating continuing legal education seminars to help other lawyers in the community. Doug is a pleasure to work with, compassionate, and thorough. I highly endorse this lawyer as one of the most hard-working, advanced, experienced, and fearless litigators in his field.

I met Attorney Clifford through his CLE materials provided by the Ohio State Bar Association. He is extremely knowledgeable about the law in this area and a pleasure to speak with. His office staff was courteous and returned my call promptly. I heartily endorse Attorney Clifford.

I endorse this lawyer. Doug is a fantastic attorney. He fights hard for his clients. He is a true professional and an esteemed colleague.

Jon Saia, DUI and DWI Attorney on Oct 23, 2017
Relationship: Worked together on matter

Doug is a great lawyer and a pleasure to work with. His attention to detail is exemplary. Doug continually strives to be a better lawyer for his clients and his training within the scientific community places him head and shoulders above others in defending his clients. I endorse this lawyer.

I highly recommend Doug to anyone looking for representation. He is incredibly knowledgeable and on the forefront of legal issues. We recently attended a seminar together and when he informed me of potential upcoming changes in the law, I immediately asked him to speak at a seminar to share his expertise with other lawyers. He is very well respected in the legal community and there is nobody better to have by your side when your future and your freedom is on the line.

Kenneth Bossin, DUI and DWI Attorney on Oct 6, 2017
Relationship: Worked together on matter

I have worked with Doug on cases and have lectured with him at seminars. He is an excellent lawyer. I have also been impressed with the way he deals with clients. He has shown patience and understanding and is always willing to spend extra time on a matter if needed.

I readily endorse this attorney for his thorough knowledge of the laws regarding DUI/OMVI. He knows the subject matter, and has a lengthy background and experience in representing clients involved in these charges.

I endorse this lawyer. Whenever I have a question regarding DUI law, I seek Tim's advice .

I endorse this lawyer. Timothy and I went to law school together. There I was able to see his passion for the law and his capacity for intense analysis of case law and factual circumstances. This has carried through in real life in his representation of his clients. He is very well respected amongst his peers for his hard work, strategic and creative thinking, and always putting clients' interests first. An individual that studies that law and gets results. I would recommend Mr. Clifford to my own family and friends.