Bilingual and aggressive attorney at your service.

Omar Carmona is the founding and managing partner at the law firm Carmona Law, P.A. Licensed to practice law in Florida and Puerto Rico, Mr. Carmona, specializes in family, bankruptcy, immigration, corporate and litigation. With respect to his international practice, Mr. Carmona devotes a substantial portion of his time assisting both businesses and individuals in obtaining temporary visas and permanent resident status as well as protection of the assets in the United States.

Born in Puerto Rico, Mr. Carmona relocated to the mainland United States at a young age. He attended Oviedo High School and completed two bachelor degrees at the University of Central Florida (UCF): Legal Studies and Spanish. He received a full scholarship from the same institution to complete a Master degree in Spanish and assisted Fulbright Professor Dr. Humberto Lopez Cruz in Spain. He later went on to receive his Juris Doctor, cum laude, at the Pontifical Catholic University of Puerto Rico and completed internships and comparative international law classes in London and Spain and was part of the Law Review. Mr. Carmona served as a law clerk for Honorable Judge Daniel Domínguez of the Federal Court for the District of Puerto Rico. After graduating from law school, he went to work as a legal consultant for a Bankruptcy Trustee for the Middle District Bankruptcy Court of Florida. He worked as a legal consultant and associate attorney in charge of the bankruptcy section of a local family practice firm with offices in Tampa, Orlando, and Maitland. He was later hired by another local firm as an associate attorney to expand their practice into the areas of bankruptcy and civil law. More recently, Mr. Carmona was a founding partner of Melendez & Carmona, PA.

Mr. Carmona is licensed to practice law in Florida and Puerto Rico and represents clients in both jurisdictions. He practices virtually all types of cases in Puerto Rico. 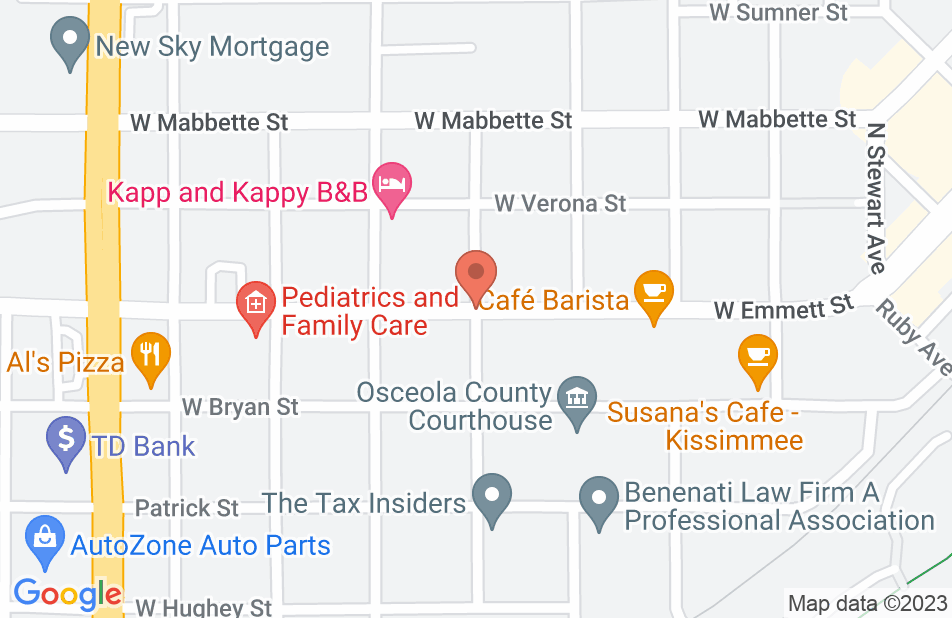 Omar provided outstanding service and kept me informed during the entire process. He understood my situation and was able to provide sound, legal advice. Omar exceeded my expectations and always went above and beyond to explain all the possible scenarios. His online customer account was a great tool to manage all the documents during the process and created another avenue of communication between him and his team. I would give Omar my highest recommendation.

My wife and I hired Attorney Carmona to handle our foreclosure defense. He was very informative and explained all of our options in an easy to understand way. Before consulting with him, we were convinced that bankruptcy would be our only option. However after sitting down with Mr. Carmona, he helped us to better understand our situation and "with a little patience" (as Mr. Carmona would always tell us) we were able to settle our matters and avoid bankruptcy. We are very happy with the service he and his staff provided us and will use them again should the need arise.

Outstanding attorney! I had an urgent legal matter and called Attorney Omar Carmona, his quick response was impressive. He acted immediately and his intervention impacted my case favorably. His professionalism, knowledge and experience are amazing and most important of all he is committed and genuinely cares about his clients. I, without a doubt, would recommend him to anyone who needs an attorney. Thank you for the great work Attorney Carmona.
This review is from a potential client who consulted with this attorney.
Consulted attorney

I would like to thank Omar Carmona for ALL he has done. I chose him due to his passion, knowledge, very informative, and the team he has to assist him. Once I hired him for his expertise he advised me his game plan and in 8 months we achieved it ! My case was a total disaster and with time, patience, and communication with the attorney and my legal assistant Irene everything went flowing as it should. I understand no family case is a simple 123 but they made it happen to where I went from every other weekend with my children to 50/50 ! That has been such a blessing and I thank Attorney Carmona for helping me make that happen and drilling into my head to be patience and trust the process. Thank you for being such a professional and great attorney! I also want to thank Irene for all she has done with communication with me and answering all my questions in a timely manner. She also was able to understand my case and the decisions I wanted to make as a mother and I appreciate the patience she had with me. Patricia was amazing with me as well from the start! She is very sweet and kind and always trying to help even if she does not know the answer.
This review is from a person who hired this attorney.
Hired attorney

Me Carmona and his staff, especially Francisco Guillen, are nothing but very attentive and meticulous professionals! They did take their time to guide us through all the procedure with easy to understand instructions. We are pleased with their service!
This review is from a person who hired this attorney.
Hired attorney

I am very happy with all the support. Thank you for giving me a fresh start. Greetings to all the staff
This review is from a person who hired this attorney.
Hired attorney

I consulted with Mr. Carmona for a family-based green card processing. He and his team reviewed and researched my case with great care. I really appreciate the cordial response of his team and the way he responded to my queries with proficiency.
This review is from a potential client who consulted with this attorney.
Consulted attorney

My lawyer has done a very good job in helping me with bankruptcy , the amount of time and effort he has given me is just amazing . Definitely reccomend him . I appreciate everything my lawyer has done for me. Thank you all for everything.
This review is from a potential client who consulted with this attorney.
Consulted attorney
See all reviews

I endorse this lawyer. This is an attorney who takes the time to care about clients and answer questions with patience and knowledge.

I endorse this lawyer. Attorney Carmona is dedicated to his clients, aggressive yet professional at all times.

Attorney Carmona is an excellent attorney with a lot of experience in many areas of law. He represents his clients zealously and fights aggressively for them. Attorney Carmona is bilingual, and if you need an attorney that can speak to you in Spanish, there is no one better to help you with your legal matter. I would recommend Attorney Carmona to anyone in my family, and to my close friends.

Isabel Freeman, Bankruptcy and debt Attorney on Jun 22, 2015
Relationship: Worked together on matter

Omar is both caring and highly capable. I have dealt extensively with his bankruptcy department and it is run efficiently with competence and attention to the client.

Omar is a very respected lawyer in the Legal Community. I have had the pleasure to work with him as Opposing Counsel on several Family Law cases. He is a great advocate for his clients and has strong community ties.

I endorse this lawyer. Mr. Carmona-Sanchez is dedicated to his cases, treats his clients with respect, and is a true professional.

I endorse Omar. He is a highly skilled attorney that is well respected in the legal community.

An outstanding and well established member of the legal community. An excellent choice for any one needing representation in a bankruptcy matter. His answers on this site are insightful and dependable.

Omar Carmona-Sanchez is an experienced attorney whose participation and comments in Avvo show his commitment to serving clients very well. He is an excellent attorney that I recommend wholeheartedly.

Mr. Carmona-Sanchez is a dedicated attorney who provides excellent legal representation in his areas of expertise. I endorse this lawyer.