Chris is a member of Gilreath & Associates, one of the leading plaintiff-exclusive firms in Tennessee. Chris handles serious personal injury cases in the Mid-South and beyond. From the start of his career, Chris has been committed to supporting the civil justice system and has taken a leadership role in that effort. He serves on the Board of Governors for the Tennessee Association for Justice, as well as the American Association for Justice.

Through his experience and network of contacts, Chris handles cases on behalf of clients across the country, and he often enters into co-counsel arrangements with referring attorneys. Chris is licensed in Tennessee, Arkansas, and the District of Columbia. He as admitted to practice before all state and federal courts in Tennessee, as well as the Sixth Circuit Court of Appeals, and the United States Supreme Court. Chris has also appeared before various other state and federal trial courts in multiple states.

Chris is dedicated to pursuing justice for his clients. His first trial involved representation of a family whose father was killed on a dangerous highway where State workers used woefully inadequate safety procedures when maintaining medians. He has tried cases for wrongful death and serious injury resulting from defective products. Chris actively represents people suffering spinal and occupational exposure injuries through workers’ compensation litigation. He has represented numerous truck drivers and their families in trucking cases ranging from wrongful death, products liability, negligence, and contract cases.

Chris also pursues justice for consumers through multi-state class action litigation. His cases range from wage-and-hour litigation, to price fixing, predatory lending, monopolization and unfair competition. Chris is experienced with pursuing both the substantive merits of cases, as well as constructing working teams and coalitions of attorneys in various states throughout the country.

Chris is active in the following professional associations:

Chris is licensed to practice in the following jurisdictions:

In addition to practicing in state court, Chris is admitted in the following additional courts to practice law:

Contact Chris to discuss your case or develop a co-counsel relationship. 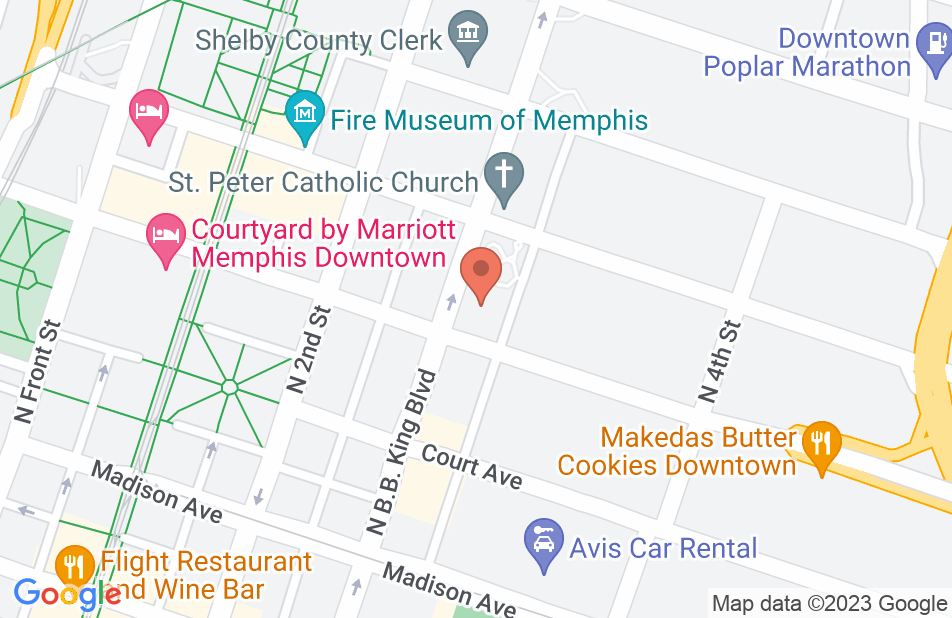 I am a severely disabled veteran. I had a surgical implant that was supposed to block pain, but after seven months it made my pain much worse. I live in Knoxville, TN. I contacted his father, Sidney, and he told me to call Chris in Memphis. Chris called me personally later in the day, even after his office was closed. He listened to my story, never cut me off, and after that, we decided together after he explained the letter of the law for medical malpractice that my case would not be able to win. He did not hang up, he listened to me about what happened to me in combat, and was like a close friend. He got me to hang on, as I have some upcoming appointments and procedures. He is a kind, down to earth, caring man. We spoke like we were old friends, and he thanked me for my service to our country (22 years as a Green Beret). He also told me that if I ever needed to just talk or vent, call him. He is an awesome individual who is not just out for money, he really cares about you. I am going to have a pain pump put in in about a month, and I am going to start travelling. I told him I would like to go through Memphis on my way to Louisiana, and I would really like to have lunch with him. He told me he would love to have lunch with me and hear some of my stories. I wish there were more people in the world like him. I would highly recommend him in Memphis, and his father Sidney in Knoxville. He really gave me the hope to hang on. Thank you Chris from the bottom of my heart. I will be in Memphis one day and I will call you ahead of time to fit lunch in to your schedule. God Bless you and your family. Thank you for treating me the way that you did. You are a rare breed nowadays, keep up the good work.
This review is from a potential client who consulted with this attorney.
Consulted attorney

Gave Excellent Advice For My Question

Mr Gilreath offered advice to me when I was at my wits end. He gave me answers that were clear and precise. He spoke to me with respect and was not at all condescending. I would highly recommend him to anyone with legal matters that need responsible, expert attention.

Outstanding Lawyer! I have non Mr. Gilreath for 3 years and always offers outstanding advice. I have not had the opportunity to use him personally but have recommended several clients to him. Definitley contact him in this area and he will work for you with out silly commercials and giveaway's!

I had a case that took some time. We had to deal with many road blocks from the work comp insurance company and Chris and his staff were wonderful. He stood strong for me and my case and had several obsticals put infront of him. He was easy to talk to, up front and answered any questions I had. I am so happy I had Chris as my lawyer, one great person, man and lawyer, very upstanding!!

Not trustworthy , ethical, and will switch sides

Christopher Gilreath is not dedicated to his clients. Chris informed me 3 years into my automobile accident that he could no longer represent me because "the opposing side is forcing me to withdraw as your attorney ". I really thought I heard him wrong, but he acknowledged that I heard him correctly. Be very aware of his promise to commit to you and represent you with vigor. He gave a very vague explanation that we disagreed on issues. I only heard and spoke with him twice and there wasn't any type of disagreement. I gave him full reign over negotiating my case. He was the attorney (I trusted him to be what he promised). BTW the defendants insurance company had already claimed 80% liability and had already repaired my truck.
Christopher Gilreath's response: This comment skews facts and circumstances, and demonstrates that not all clients will listen constructively. Despite repeated attempts to discuss and explain the circumstances of this case, the author insists on misconstruing the situation despite attempts to explain otherwise. It is not appropriate to discuss client circumstances in this forum. The situation presented shows that anyone can have an opinion and connect circumstances in any way they choose. In any legal situation, the unique facts and circumstances of each case make a large difference. I regret that the author was displeased. When a lawyer and client disagree on the merits of a case, there is room for disagreement. Ending representation after providing ample opportunity to correct the situation was necessary under the specific circumstances of this matter.

Chris is an extremely knowledgeable and professional attorney. He has been a great source of information on class action law. He is a great attorney and I would not hesitate to refer a client to him.

I endorse this lawyer. Chris is very knowledgable and diligent.

I endorse Mr. Gilreath. He is one of the most respected attorney's in Tennessee; specifically, within his field of practice.

I endorse Mr. Gilreath. He is a very knowledgeable attorney and I recommend him.

I have known Chris for 20 plus years. A truly hard working attorney for his clients. It you got a problem, he will fix it. Great lawyer.

I endorse this lawyer. I have known Chris for several years through his work in ATLA and AAJ. He is a committed and throrough advocate.

Chris has been fighting for the civil justice since the day he was born. We are lucky to have trial lawyers like Chris out their supporting our Constitution.

Chris is an excellent lawyer that I know through the Tennessee Association of Justice. He cares about his clients and the legal system by unselfishly contributing much time, money and effort. He is the kind of lawyer that I would want to represent me!

Thomas Smith, Bankruptcy and debt Attorney on Oct 27, 2011
Relationship: Worked together on matter

Chris is an excellent lawyer competent to handle a variety of legal matters ranging from a standard auto accident case to complex personal injury litigation. Chris' father is an outstanding trial lawyer and his abilities and know how have been passed along to Chris. I whole heartedly endorse Chris as an excellent choice for a personal injury attorney in the Memphis / West Tennessee area.

I endorse Christopher Gilreath and his work on behalf of injured workers in Tennessee. Attorney Gilreath is a frequent contributor to the discussion boards on this site and volunteers his time to provide timely, accurate and responsive answers to questions from injured workers seeking guidance and legal assistance. I have encouraged those seeking assistance through the discussion boards on this site to contact him further for assistance and will continue to do so because of his willingness to provide accurate and accessible guidance to injured workers seeking assistance with the complex Tennessee workers' compensation system.