Joanne Tinsley, Esquire began her legal career in 2003. Shortly she passed the bar exam, an acquaintance contacted Ms. Tinsley because her immigrant husband was encountering difficulties after applying for permanent resident status. The woman told Ms. Tinsley that she had been unable to find a local attorney who could help them. Ms. Tinsley was able to contact INS (now known as USCIS) and successfully resolve the issues that were preventing her client from obtaining his legal status. Ms. Tinsley enjoyed helping her client deal with immigration officials and knew that she had found her legal niche. Since then, Ms. Tinsley has assisted many men, women and families to obtain immigration benefits and realize their own versions of the American dream.

Joanne Tinsley, Esquire is a U.S. Army veteran (Military Intelligence) and a fifth generation Floridian. She is a graduate of the University of Central Florida and earned her Juris Doctor from Shepard Broad Law Center at Nova Southeastern University in Fort Lauderdale, Florida. She is married to Steven R. Tinsley, Esquire and they have a spoiled dog, Banjo, and five cats, Vanity, Creole, Aretha, Higgs and Nazar. 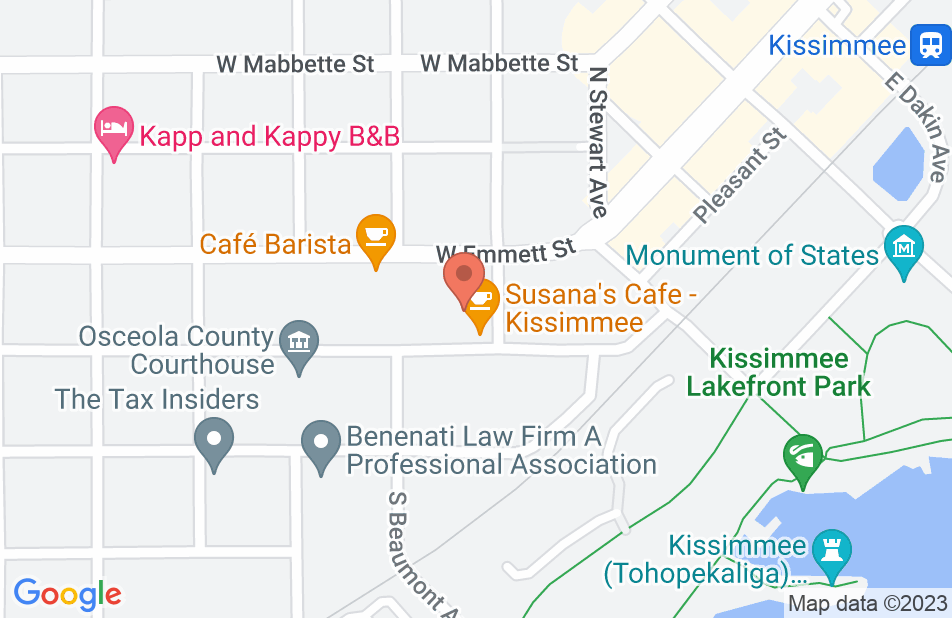 Ms. Tinsley is as professional as they come. My case was difficult and it couldn’t have gone any more smoothly. She’s a true professional. If you want results, use her services. She’s that good.
This review is from a person who hired this attorney.
Hired attorney

I endorse this lawyer. Joanne is not only a friend, she is also a fellow attorney where I practice. Joanne is an excellent attorney, dedicated to her clients' causes. I highly recommend her in immigration matters.

An excellent and well respected attorney.

I endorse Joanne. I frequently refer her immigration cases in the Orlando area.

Aggressive and determined. I endorse this lawyer.

I highly recommend this lawyer

I endorse Attorney Tinsley for her advocacy for not only the rights of immigrants but also for the Florida community.