Striving to provide excellent representation in divorce with compassion, understanding and hope...

I graduated from the John Marshall Law School in Chicago IL, in 1990, and established Wendi L. Hall Gonzales PA in Palm Harbor, FL, in 1991.  I quickly discovered my passion for helping individuals through the very emotinal and difficult process of divorce.  I believe that this passion is truly what I was called upon to do in my life and that everyone deserves to be heard.  I believe in strong family values and that the best interests of the children should be the paramount issue.  I believe that men and women respond differently when forced with this difficult situation and strive to provide excellent legal representation with assurance, understanding and most of all hope... 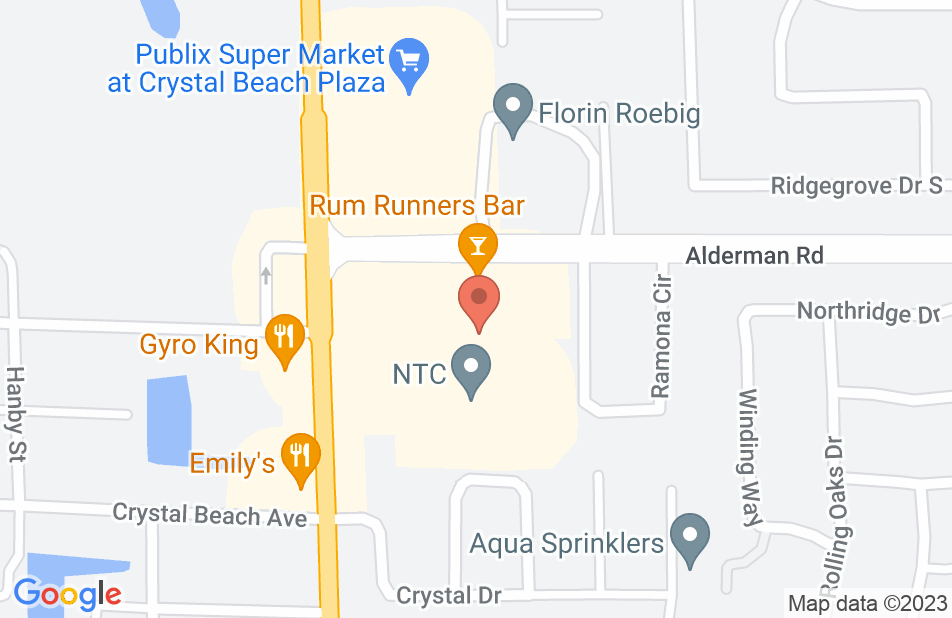 The process of a divorce is not easy one. My first meeting with Wendi L. Hall-Gonzales was my 3rd attorney interview. I immediately felt comfortable and confident she was going to guide me safely through this journey. I talked, she patiently listened and together we determined a path of action. I confidently made my decision to have Wendi represent me. Throughout the process, I worked with both Wendi and her assistant, Dallas. The many stages of fact gathering, providing documentation, creating filings and reviewing activity with Dallas was both simple and concise. Her knowledge and support provided the guidance I needed to get things done. My divorce is final now, and that was only able to come to a close based on my trust in them and their trust in me. I was treated like a person, not just a client on paper. I was extremely satisfied with Wendi L Hall-Gonzales and recommend her services to others.

Attorney Hall-Gonzales and her staff were compassionate to my situation and were able to immediately begin work, and keep me continually informed. She was able to accomplish within months what other;s were unable to accomplish in years regarding locating and filing suit against my former husband. I would highly recommend Wendi Hall-Gonzales to anyone who needs assistance with a divorce or child support problem.

Most Helpful and Understanding

I was very fortunate to contact Wendi Hall-Gonzales as I had no experience with marital lawyers. After meeting her and her paralegal I felt very comfortable and was assured of the procedure we needed to follow. She and her staff have such compassion during a very stressful time and their reassurance and knowledge of law assured me that I made the right choice. I would not hesitate to seek her assistance in the future as I felt her to be most sincere as well as astute.
This review is from a person who hired this attorney.
Hired attorney

I can't begin to express how thankful I am to have had such an amazing attorney!! Wendi and her paralegal Tracy are both amazing to work with! Wendi is very honest and will tell you from the start exactly where you stand with things. She is there to fight for you not just take your money. My divorce was done quickly and I got everything I wanted out of my divorce. I got the custody and visitation arrangement I wanted with the kids. She or Tracy will always keep you informed on everything that goes on with your case. I never felt out of the loop. Any questions or concerns I had were always answered and addressed in a very timely fashion. If you want a good lawyer who is not just going to take your money but will fight for you then Wendi is definitely the attorney for you! Her and Tracy are very knowledgeable and know exactly what they are doing! Thank you so much!!!

Wendi is an amazing attorney. She is honest, doesn't pull any nonsense and gives 110%. She does not fold under difficult cases, and has the knowledge and experience to tackle even the most hopeless problems (like mine) and she won't make any promises she can't keep. She's been nothing short of a miracle worker and I have, and will continue to refer anyone I know to her for legal advice.

I endorse Wendi Hall Gonzales PA as the best attorney you will find in Pinellas/Pasco Florida!

I highly recommend Wendi Hall Gonzales PA as the best attorney I have ever had. I have used Wendi as my attorney for over twelve years for a few different issues, as well and referred multiple happy customers to her. The first time I met Wendi, I was going through a very difficult divorce and my ex was abusive to my children, my prior lawyer had given me very bad advice and basically took my money with bad results. I found Wendi through a friend and began the process of protecting my children from further abuse. Wendi was kind, compassionate, knowledgeable, but most of all tough in and out of the court room. Wendi didn’t let my kids become another statistic of where the system fails to protect children from abuse. Wendi went above and beyond to protect my kids and gave them a voice where another attorney had failed them. It was not an easy process, but Wendi explained every detail to me and gave me the confidence I needed to protect my children and complete my divorce. Wendi is not just my attorney, she has become my friend and I trust her. How many Lawyers have you ever had, that you can say you trust? I endorse Wendi Hall Gonzales PA as the best attorney you will find in Pinellas/Pasco Florida!

Wendi is hands down the one attorney that you want on your side while going through a divorce. She is highly motivated and has great knowledge in the divorce field. I would recommend her to anyone going through marital issues and will use her in the future.

Through business association, I became aware of Wendi’s reputation as a highly respected, credible and aggressive attorney. When I was the victim of a crime, I was able to witness her expertise in action. I was robbed at gunpoint in the parking lot of a major hotel while out of town on a business trip. It was a traumatic experience for me and became even worse when I learned from the police that guests were routinely robbed in that parking lot. I asked the hotel management to reimburse me for my actual losses which only included cash and the contents of my purse (a few hundred dollars). They declined, assuring me it was an isolated incident that never happened before, therefore they were not responsible. I knew that to be untrue from talking to the police and felt that the hotel had demonstrated a gross lack of concern for my wellbeing. I contacted Wendi Hall-Gonzalez. Wendi was extremely compassionate, clearly had my best interest in mind, and was very determined to force the hotel not only to reimburse me for my losses, but to pay for their lack of security and concern for their guests’ safety. I did nothing further, expecting at some point to get a check for a few hundred dollars. Within a few days, Wendi contacted me and stated that the hotel was willing to pay me $6000 (they started with an offer much lower which Wendi refused to accept and negotiated upwards). Wendi also informed me that if I wished to pursue the matter in court, the award could be substantially higher. I was so thrilled at what she had already achieved, I accepted the offer. I am grateful for what she did for me. I have utilized Wendi's expertise over the years, and will continue to turn to her for legal matters. I know firsthand that she gets the job done. I have also referred my family, friends and business associates to Wendi, particularly for family law matters, which is her expertise. Wendi is highly professional, knowledgeable, and action oriented. She will have your best interest in mind and will work aggressively to achieve the greatest possible outcome for you. She is also a very pleasant person and easy to talk to, which is important when experiencing stressful issues that require legal counsel.

I was lost when I was served with divorce papers and a close friend recommended Wendi telling me that she was the best! I agree! My children and I were cut off and left with nothing, and she immediately contacted his attorney and arranged for my husband to restore my funds. From that day, she was on my case and made the divorce process much easier. Here assistant made sure that I was able to be in contact with Wendi or receive a message back from her, most times within hours, if not, by the next day. After my original divorce, I had issues with child support and I immediately called her assistant and Wendi was on the case. Their office treats you like one of the family, not just a client.

Would not recommend. Hire at your own risk.

Throughout my case, it was obvious money was important than me as a client. I've had several 'teleconferences' with her. If I called a minute too early or a minute too late, she would not answer. She chose to omit several parts of how legal proceedings typically happen, which made her money but costs me lots.
This review is from a person who hired this attorney.
Hired attorney
Wendi Hall-Gonzales' response: I do not know who wrote this, so I can not speak directly about your particular situation, however, I am sorry if you felt that way or if there were any misunderstandings. I would have been very happy to speak to you about your feelings, had you communicated them directly to me, rather than post a disparaging anonymous review. I can assure you, I take a personal interest in doing all that I can do to make all my clients happy and work very hard to maintain a good reputation for myself and my firm in the community. Wendi

I endorse this lawyer. Wendi is knowledgeable and cares about her clients.

Wendi represented a family member in a very difficult situation, and was outstanding in handling the matter. I whole heartedly recommend and endorse her.

I have worked with Ms. Hall-Gonzalez. She is always prepared, knowledegable and professional. I endorse this lawyer.

I have known Wendi for over 19 years. She is an intelligent and hard working advocate. She really does a great job in the family law area and is also well qualified as a criminal defense attorney.

I endorse this lawyer. Wendi is an ethical, skilled attorney who is always well prepared. I have litigated many cases against her and have found her to be very professional and a zealous advocate for her clients.

I endorse this lawyer. because she is competent, efficient and a credit to the profession.

I endorse this lawyer. She is diligent and thorough, and represents her clients well.