Andrew Pouget is a lifelong student of the law and vigilant advocate for justice. He understands that success is earned by hard work, determination, quality legal research, and framing arguments with precision and articulation. His passion for the law is the driving force that compels him to take the extra step, and he does not quit until he achieves the best possible result for his clients.

While in Michigan, Andrew worked with the Washtenaw County Public Defenders Office, where he learned the importance of public service. Andrew later moved to Nevada and participated in a world-class legal think tank with Hager and Hearne and the National Legal Team. During this time, Andrew continued his criminal defense efforts while assisting with mass tortes, class actions, and multi-district litigation efforts at the state and federal levels.

Since moving to the area, Andrew has developed strong community ties. He served as the chair of his local architectural review board and currently serves as a director and treasurer of his local homeowners association. Andrew is also a publicly elected supervisor of his community development district. Since 2014, he has served as a Big Brother with Big Brothers Big Sisters of America, and he is a volunteer leader with Metropolitan Ministries, having logged over 1,300 hours with the ministry. Andrew also works with Dogma Pet Rescue, a grass roots pet adoption charity that finds permanent homes for animals in kill shelters. 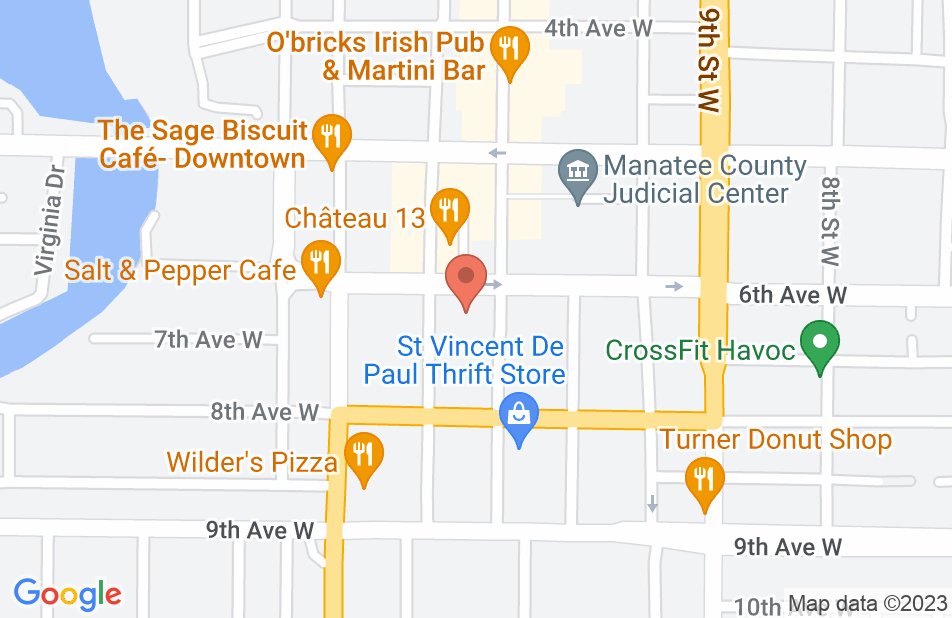 Best lawyer ever! I am very impressed with his work ethic’s and helping me understand the process, plus being available on short notice. I needed a rep and I got the best.
This review is from a person who hired this attorney.
Hired attorney

We had an issue in which Andrew efficiently resolved on short notice with a positive outcome. Amazing communication and explained everything perfect. Was a pleasure to have him on our side. Thank you
This review is from a person who hired this attorney.
Hired attorney

My case appeared to be a loss, but Mr. Pouget's tireless research uncovered case law that supported my position and ultimately got my punishment reduced to next-to-nothing. He had a way of explaining situations that answered my questions before I figured out how to ask them. He put in exponentially more work on my case than I expected, and he pushed tirelessly for the best possible result. Days before my scheduled trial, the prosecution was given a glimpse of the defense he had put together for me. Apparently the prosecutors were as impressed as I was, because they responded within minutes agreeing to the conditions we wanted. I am absolutely thrilled with his work, his communication, and the results he delivered. Beyond being a brilliant attorney, Mr. Pouget is friendly, warm, kind, funny and just a lovely person to be around. I'm absolutely grateful for the time and effort he gave my case, and I couldn't be more appreciative of his help. He is the brilliant kind of attorney you're hoping for when you're looking for help, and I'm confident you'll be as thrilled with him as I am. Thanks, Mr. Pouget!!!
This review is from a person who hired this attorney.
Hired attorney