“I’m honored to roll up my sleeves and fight for those injured or killed because of greed, carelessness, or negligence. These aren’t just cases, these are real people’s lives and loved one’s at stake, and I won’t stop fighting until justice is done.”

Casey Gartland became an associate attorney with Swope, Rodante P.A. in 2018, bringing a steadfast and compassionate approach to championing justice for those who have been catastrophically injured because of someone else’s negligence, carelessness, or greed. Throughout his legal career, Mr. Gartland has developed a unique appreciation for “David v. Goliath” type cases: the more difficult the case the more unbreakable his tenacity becomes in achieving justice on behalf of his clients.

A Newton, Connecticut native, Mr. Gartland started his legal career here at Swope, Rodante P.A. where he worked as a litigation team member. In addition, Mr. Gartland studied at some of Florida’s most prestigious law firms. A dual major in Criminal Forensic Studies and Criminal Justice, Mr. Gartland received his Bachelor of Science degree from Florida Gulf Coast University in 2008, his Master of Science degree in Criminal Justice from the University of Cincinnati in 2012, and his Juris Doctorate degree from the esteemed University of Florida Levin College of Law in May of 2018.

While in law school, Mr. Gartland was selected for a nationally recognized and highly ranked Trial Team in his first semester. He was a member of the team that took 3rd place at the 2016 Chester Bedell Mock Trial Competition in Jacksonville, Florida. In addition to his trial team successes, Mr. Gartland also received a “Wildcard” award and special recognition for his appellate brief and oral advocacy performance in the first-year legal research and writing competition. During that time, Mr. Gartland worked as a law clerk at Kubicki Draper P.A. where he mastered the ins and outs of the claims handling process in addition to being exposed to how defense firms manage heavy caseloads.

Staying true to his passion of fighting for those whose voices deserve to be heard, Mr. Gartland worked as a certified legal intern (“CLI”) at the Law Offices of Kathleen Smith, Public Defender for the 20th Judicial Circuit of Florida where he assisted numerous assistant public defenders on a wide range of cases ranging from minor misdemeanors to PBL Felonies. Working tirelessly on hundreds of cases, Mr. Gartland aided in getting over 200 cases dropped or dismissed, culminating with a stunning trial victory – winning his first trial before even finishing law school. Upon graduating, Mr. Gartland rejoined Swope, Rodante.

At the heart of Casey’s commitment to law is his mission to achieve “justice for all” one case at a time: the more difficult a case, the more he digs in and fights for his clients, making him an integral member of the Swope, Rodante team where he can change the world through his passionate work in civil litigation, personal injury, wrongful death, medical malpractice, and insurance bad faith. 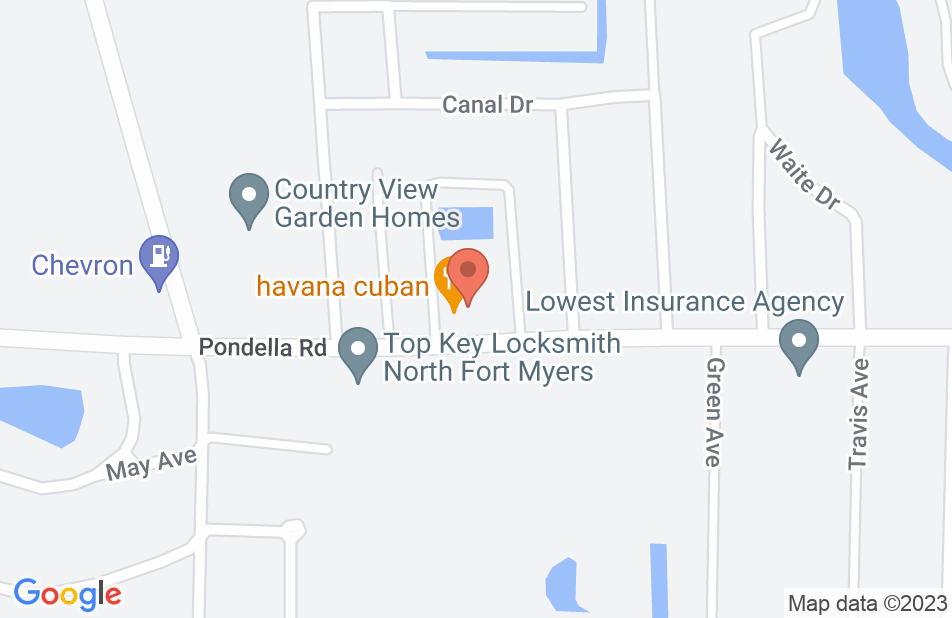 One night I was struck on my motorcycle by a car making a blind left-hand turn. It left me hospitalized and unable to walk for about half a year. I was at rock bottom and I had no idea what to do. Mr Gartland and Swope, Rodante P.A helped me through this tough time. They went above and beyond in making sure I knew what was going on and to answer my concerns and questions. Mr. Gartland is very professional and actually cares about the clients who hire him. He worked tirelessly on my case and prepping for trial. I'm very grateful to have had him and others from Swope, Rodante P.A on my case. They were magnificent at their craft. I would definitely recommend Mr. Gartland and everyone at Swope, Rodante P.A to someone going through something similar as I have.
This review is from a person who hired this attorney.
Hired attorney

I was arrested for violating both county and state probation and went to John Robson of Bogle Law P.A. There I learned about the VOP process, the difficulty of defending a VOP case, and that we were likely in for a hard uphill battle. Even though we had an uphill battle Mr. Robson worked diligently on my cases and even brought in another attorney, Casey Gartland, as co-counsel to help with both VOP's. Mr. Gartland took my cases pro-bono and didn't charge me a penny. I had a whole team of top-notch attorneys helping and fighting for me, and when all was said and done I was able to get off probation and get my life back on track. I couldn't have asked for a better result or better lawyers. If it weren't for John and Casey I don't know what would have happened. If you need lawyers who will fight for you, go above and beyond for you, and one's that you can trust Mr. Robson and Mr. Gartland are both excellent. Highly recommend them both!
This review is from a person who hired this attorney.
Hired attorney

Casey has been beyond instrumental in helping my small business navigate to tumultuous waters of potential fraud, assisting in organization and growth, and providing sound advice with anything I might ask. He is an expert in resourcefulness and networking. No surprise he has joined such a great practice. Casey is truly a becoming a force to be reckoned with. If you need a lawyer who cares, look no further. Casey is your man.
This review is from a potential client who consulted with this attorney.
Consulted attorney

“I was represented with consult from Mr Gartland. My needs were put first and I was treated like family rather than another number. My opinions were valued and my doubts were always reassured with his attention to details, confidence and insight. My nerves were calmed and the process was always explained. Mr Gartland went above and beyond and did everything he could to ensure my understanding of the legal verbiage, situation and potential outcomes. I couldn't have asked for a better law firm or attorney. Thanks guys!!!”
This review is from a potential client who consulted with this attorney.
Consulted attorney

Casey found me an attorney for a very difficult divorce and if it wasn’t for Casey getting me the right attorney for my case, I wouldn’t have ended up in as good a situation. The attorney he got me was great. I would very highly recommend Casey for any legal matters!
This review is from a potential client who consulted with this attorney.
Consulted attorney

Casey is the best. He is very determined, driven an excellent resource and very trust worthy. He gets it,as he is down to earth and compassionate
This review is from a potential client who consulted with this attorney.
Consulted attorney

Mr. Gartland is an extremely professional but still caring attorney. When he says he won’t stop until justice is done he really does mean it. He is very thorough in making sure he has all information to help your case and get you the best possible outcome that he can. Mr. Gartland continues to keep me updated on my case with every step and never fails to answer any questions I may have. I would fully recommend Casey to anyone looking for a attorney who really has your best interest at heart.
This review is from a potential client who consulted with this attorney.
Consulted attorney

I had the privilege of working alongside Casey for a period of time. Casey's work ethic, attention to detail, and level of preparation are what make him unique and a good option for those looking to hire an attorney. He will leave no stone unturned, and his enthusiasm for his client's cause will fuel his performance.

I endorse this lawyer. Casey is great and takes a fantastic and dedicated approach custom tailored to each client to get them the best results possible.

Casey is very skilled advocate that will do just about anything for his clients and for justice. We have co-counseled several cases that resulted in great victories for our clients. I would recommend Casey to my friends and family without thinking twice.

I have known Casey for a number of years, first as a friend and now as a colleague and fellow member of the Florida Bar. Casey is diligent, hard-working, and willing to fight for justice for his clients. He is willing to continuously roll up his sleeves and provide valuable representation to those who seek his services. I have no hesitation in endorsing Mr. Gartland because I know, without any doubt, that he will fight for those clients until the job is done. You would be served well by any representation where Mr. Gartland is involved.

Brooke Shafranek, Divorce and separation Attorney on Mar 14, 2019
Relationship: Other

I endorse this attorney without question, as Mr. Gartland is one of the most diligent and effective litigators I know. His education at one of the best public law schools in the nation only enhanced his natural abilities in the courtroom, and after witnessing his trial skills first-hand I can unequivocally state that Mr. Gartland is a compassionate and aggressive advocate for his clients.

I endorse Mr. Gartland. We have worked together on countless cases over the years. First as a paralegal, then as a law clerk, and now as an attorney. We worked on all kinds of cases in both State and Federal court. Casey pays attention to everything from the big picture all the way down to the smallest details. No matter how much work I would throw onto Casey's desk he would always rise to the occasion and get it done right and in a timely fashion. Nothing would ever fall through the cracks with Mr. Gartland, he is always on his "A" game. Whenever we were faced with complex issues or problems Casey was always the one who would volunteer to take on the tough, complex, and difficult assignments. As a new attorney Mr. Gartland's level of maturity and legal intellect is far superior to that of a first year lawyer. I have no doubt that Casey will become one of the better attorneys in his field. When the odds are against you he is the kind of attorney you want

Casey is a creative and well-rounded attorney. He is aggressive and detail oriented. I absolutely endorse him.

I have known Casey for several years and have found him to be dedicated and detailed oriented. He had a passion for the law and showed a genuine concern for people on those matters he had worked on.

Casey worked in our firm for 2 1/2 years. I always found him hard working and diligent. Whenever we had a complex and difficult matter to deal with I made sure that Casey was on the file because I knew it would be in competent hands.

Casey exhibits respect and understanding to every person with whom he comes in contact. His tenacity to help others is unparalleled and he conveys himself in a professional and tactful manner in any situation that may arise. Casey is a top-notch lawyer and I am honored to call him my colleague and friend.

I worked at the same law firm as Casey, he always handled his work with an exceptional level of detail and drive. Casey was always the first to step in and handle the tough issues that mattered the most to the clients.