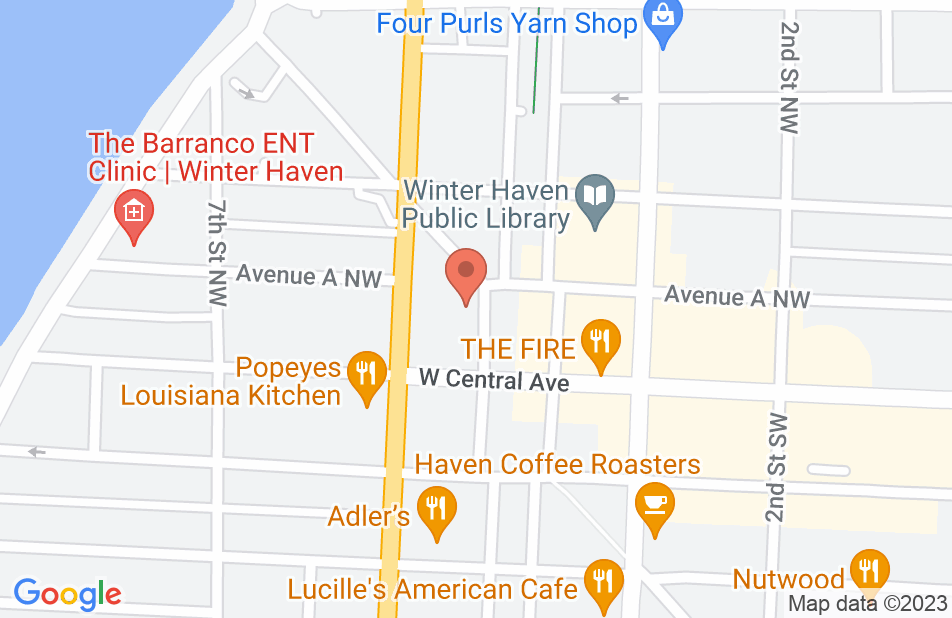 Five Hearts for VS

I have been privileged to share both courtroom and community time with Victor Smith. He is aggressive and always on his A Game while working. But it's what he offers others through community involvement that truly identifies his character. Thick skin + Huge heart = Class Act
This review is from a person who hired this attorney.
Hired attorney

I went through a very highly litigated divorce and Appeal for 3 years. I had two previous attorneys and in comparison with Victor Smith with his associate Jeffery Burr they are the best family attorneys duo in Central Florida hands down. In comparison with my previous 2 attorneys, the degree of communication, their level of preparation and professionalism from Victor Smith and Jeff Burry was incredibly superior to my previous attorneys. I owe my life to Victor and Jeff. I have been with them 2/3rds of my litigation/divorce and appeal, they accomplished incredible results. They also represented me as an appellee and also won the whole case. I will always be in gratitude to the two greatest attorneys in Central Florida Victor Smith and Jeff Burry. Thank you !
This review is from a person who hired this attorney.
Hired attorney

All: Mr. Smith and his professional team of Jeffrey Burry and Cynthia A, resolved what I had come to believe could no longer be fixed or righted. Fourteen years earlier I had employed another attorney to finalize a divorce settlement. Not known to him (I) at the time was the fraud, forgeries, and deceit employed by the ex-wife at the time. Within a week of my retirement from the military, the ex again approached the trough off greed to further satisfy perceived welfare, except this time she was 'discovered'. She again employed the same tactics of 14 years earlier, hiring/firing a total of seven (7) attorneys (cumulative) for both proceedings, up to the point the attorneys in her city had 'all been used before.' She ended up using a fellow some 60 miles away. This above explanation is needed to explain why my proceedings, in both instances, were drug out over a period of time. It costs a bit. None of the costs associated with this were the fault of counsel, but rather due to the lunatic tendencies of someone else, and my poor judgment of decades earlier. Mr. Smith and his team found, fought and resolved what I was after; clear finality, a stop to the stalking and total peace of mind....from a mind that is obviously still not. Like one does not look forward to a cancer doctor for the removal of a cancer, or an orthodontist for jaw reconstruction, or an accountant to answer (your) door when the IRS boys are on the other side, or a complicated legal problem is at ones' trough, an adage of my dad's comes to mind, 'son, the best cost a nickel more'. He was not referencing Del Monte or Libby's green beans. Without a doubt, my wife and I would use the services of Mr. Smith and his team for any future law issues. We feel confident however, it will not be to revisit what he recently put to rest. Mr. Smith and his team are honest and professional.....above all, all have become friends. Pascual

Mr.Smith is one of the best attorneys in Polk County. Mr.Smith has handled numerous cases for my family and I,ranging from family law to criminal law. I wouls recommend Mr.Smtih to somebody any day!He and his father did 2 divorces in my family.

Do Not Hire This Lawyer!

I needed a divorce attorney two years ago and Mr. Smith was recommended to me. I went to see him and hired him -- he is very personable, but as I learned the hard way, personality isn't what counts when one hires an attorney. For months, he "handled" my case, but in reality, did absolutely nothing except bill me for outrageous amounts of compensation. I admit I erred in sending him many emails, outlining my position and trying to keep him informed about what was happening with my spouse. In the end, just before we were to go to mediation for alimony, he informed me that he thought I was "being unfair to my spouse" because of the amount I requested. I am 74 years old and retired. My Ex was a professional and still working and earning a sizeable salary. I had no resources or income, and had paid Mr. Smith $20,000 to this point in time -- for nothing! The $20,000 I paid him represented half of my total savings. At this point, I fired him -- how could I trust a lawyer who thought I was being unfair to my Ex? My new attorney completed my case, mediated a fair amount of alimony (actually higher than what I had requested from Mr. Smith), and kept her fees down to less than $2000. All during my association with Mr. Smith, I let him know how concerned I was because of the fees he charged and the lack of anything happening. He just kept doing next to nothing and charging me. I should have realized what was going on much sooner, but I was in such a frightened and confused state of mind because of the divorce at my age, that I didn't question him as I should have. I trusted him, and that was a huge mistake. In the end, I paid him $20,000 for a 10-minute hearing which accomplished nothing except being told to mediate the alimony, and then was told by Mr. Smith that "I was being unfair in my request." I would not recommend this attorney to anyone for any reason.

I have known Victor for more than a decade and watched him litigate both with me and against me. He is exceptionally knowledgeable about Family law and takes great time with clients to make certain that they understand the process. Highly recommend.

I endorse this lawyer. Victor Smith has been a friend of mine and frequent adversary for many years. I have had the pleasure to watch him turn into one of the best family law attorneys in the State of Florida.