Matthew Noyes' interest in personal injury law started after he was involved in a car crash himself at the age of 16. As he was recovering from his fractured hip, torn rotator cuff and other injuries, Matthew learned how injuires affect almost every aspect of one's life. His first hand knowledge has helped him to aggressively illustrate how a crash victim is much more than a pile of medical records-something insurance companies seem to always think.

Matthew has been with the Perenich, Carroll, Perenich, Avril, Caulfield & Noyes, PA since 1989. He is a partner and the Director of the firm's workers' compensation department. He has dedicated most of his adult life to helping victims of personal injury. As he worked on his education, Matthew was a legal assistant in personal injury law firms helping to ensure that those injured as a result of the negligence or carelessness of others were protected in our legal system. By the time he graduated law school, Matthew had over seven years of practical experience as a legal assistant helping injured people put the pieces of their lives back together.

Matthew Noyes was born in Naperville, Illinois and has been living in Pinellas County since 1976 when he, his parents and his 10 brothers and sisters relocated to Clearwater. He attended St. Cecelia Catholic Scholl where his mother was his music teacher. He also graduated from Clearwater Central Catholic where his brother taught him chemistry and physics. Following high school, Matthew obtained two associates degrees from St. Petersburg Junior College and went on to earn his Bachelor of Arts degree cum laude from the University of South Florida and his Juris Doctorate at Stetson University College of Law in St. Petersburg, graduating sixth in his law school class despite working full time to support his family.

In addition to his dedication to his clients, Matthew is dedicated to his community. He enjoyed being an adjunct professor in the Legal Assistant program at St. Petersburg Junior College. Matthew has spoken numerous times at the Clearwater Bar Association's People Law School and has appeared as a guest on the radio show, 'Ask an Attorney.' He has sponsored youth baseball teams, and enjoyed reading to younger children at the local library. Previously, Matthew oversaw the Christmas in January event sponsored by the Clearwater Bar Association. This event provides a Christmas for foster children and underprivileged children in our community. Hundred of children have benefited through Matthew's and other attorneys' efforts with Christmas in January.

Matthew is admitted to practice in all Florida courts as well as the United States District Court. He is a member of the Academy of Florid Trial Lawyers; the Association of Trial Lawyers of America; the Clearwater Bar Association and the Hillsborough County Bar Association. Matthew has appeared as host and guest of the live call-in legal television show, FLA LAW.

When he's not working, Matthew enjoys spending time with is wife, Marti, and his two children, Krystal and Jacob. Krystal attends St. Petersburg College and remains "Daddy's Little Girl" even though she recently turned 21 years old. Jacob is just 3 years old. Matthew and his wife adopted Jacob from Guatemala, and he has been home since he was 18 months old. He is such a good little boy and we are blessed to have him in our lives. 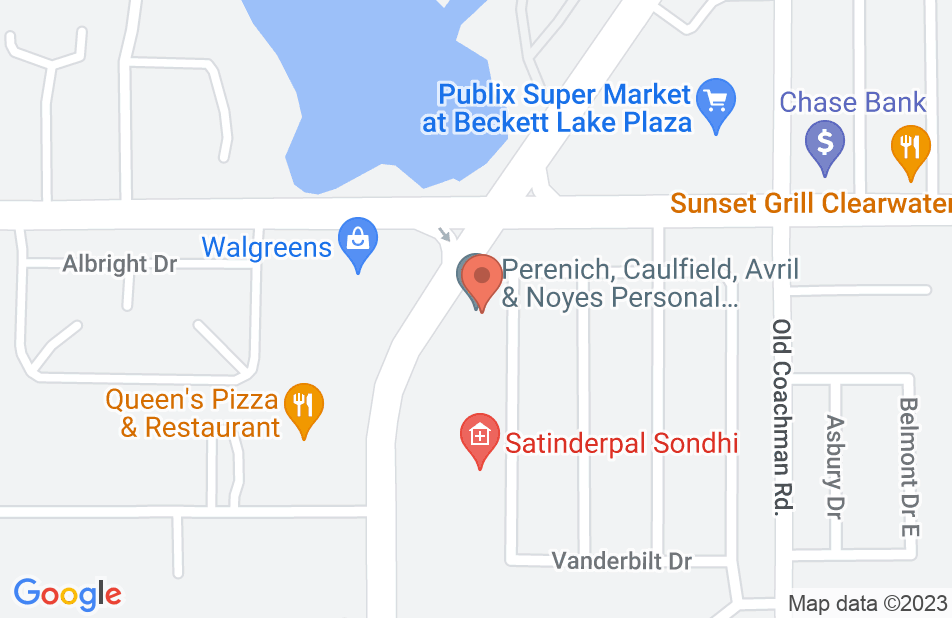 Mr.Noyes and his staff are wonderful and professional.I would refer him to my family and friends ,because he's a warrior and fights for his clients.Mr Noyes your the best. Thank you so much for everything.
This review is from a person who hired this attorney.
Hired attorney

Attorney Noyes always went above and beyond the necessary. He was attentive and responsive, and his staff was always available to answer questions. I would highly recommend this attorney!
This review is from a person who hired this attorney.
Hired attorney

Matthew Noyes was very empathetic to my situation. Being in a car accident was very stressful for me. He was thorough and persued compensation. Part of the process was a delay by insurance getting my deductible reimbursement. With one phone call Matt had it taken care of and my deductable reimbursed to me in a very short time. Both he and his staff helped me through the whole process eliminating any added stress. They also made themselves very accessible to me answering questions via phone calls and emails with very prompt responses. Thankyou Matt, Terri and the rest of your staff for making what could have been a long, arduous and stressful situation easy to deal with and wrapped up quickly.
This review is from a person who hired this attorney.
Hired attorney

I want to thank Matt and his staff for all their hard work on my behalf. They explained the process of how they would handle my case so I could make an educated decision. They kept me informed along the way with updates on the status of my case and how they would proceed with each step. I never had to pay a bill or talk with an insurance company (as they instructed) and send all correspondence to them. They took care of it all !!!! I am extremely pleased with the settlement they were able to get me and would highly recommend Matthew to anybody and everybody!! Thanks again Matt, Terri and the whole gang!!
This review is from a person who hired this attorney.
Hired attorney

Matthew Noyes and his staff are the best legal team a person can ask for. They guided me through one of the most difficult times in my life after be injured in a car accident. They made me feel like I was more than just a case number to them and had my best interest in mind. I cannot thank them enough for fighting for me.
This review is from a person who hired this attorney.
Hired attorney

Thank you Matthew, Lorrie and Jessica. From the moment I met you, I knew that I was in good hands with my Worker's Comp Case. It was comforting to know that you would guide me through my deposition and mediation. Getting the medical attention needed was extremely important. You were efficient and available whenever I had a question. Everything was settled in a timely manner and I will continue to tell all my friends that if they ever need your service, they will not be disappointed.
This review is from a person who hired this attorney.
Hired attorney

I've gone through Matt twice now with two different workers comp cases and both times he's been very courteous and prompt. He's very easy to talk to and definitely has a good sense of humor, even in tense times. I felt very comfortable and valued. Both instances I used his services, the situations were dealt with in a quick and professional manner. I've already used his services twice and if anything else ever comes up, I will definitely continue to use his services in the future.
This review is from a person who hired this attorney.
Hired attorney

Joni Deitch Review of my Lawyers

Hi Matt, Lorrie and Tisha. I want to thank all of you for believing in my case and the hard work you put into seeing my case to the end. Matt, thank you so much for taking the case and then putting me into the trusting hands of Lorrie. She stood by me through the depo, phone calls, emails and then the final day at Mediation. She is simply the best. She always made me feel like she really had my best interest at heart. Then there was sweet Tisha! She answered every email, every question and threw in some humor when I needed it! She was perfect. I would recommend your firm to anyone. Me personally, I pray I don't ever need a personal injury attorney again. This has been an experience that is not yet over for me. I will continue with the pain and suffering for a lifetime I guess. Still going to get a third opinion as to whether it's best to take hardware out or leave in place. I've had some conflicting opinions. However, the monetary reward is a blessing and most of it has been safely tucked into the Morgan Stanley firm with a reputable investor. Thank you for that relief and compensation! Regards, Joni Deitch
This review is from a person who hired this attorney.
Hired attorney

If anybody is looking for a good Lawyer Matthew Noyes and his Staff is the best you will get. You will never just be a number to them you are like family with them and they always answer your questions right away not a week later, and they will solve your case as fast as they can mine was really fast and they was always there for me to talk to about my case.
This review is from a person who hired this attorney.
Hired attorney

I endorse this lawyer. Matthew Noyes is a caring and compassionate advocate for his client. No case is too big or small. It has been a pleasure practicing under his tutelage.

I endorse this lawyer.Matt is professional, ethical, intelligent..........excellent trial attorney.

Matt is an excellent attorney for all injury related matters and provides tremendous client service and care. It always amazes me how many clients refer to him as "my friend" rather than "my lawyer." He is truly phenomenal at being both.

Matt and I have worked together on his team at Perenich, Caulfield, Avril and Noyes for over 13 years which is most of the 18 plus years I have spent at our firm. He has an amazing work ethic and dedication to fight for our clients who suffer from accident related injuries. I feel very fortunate to work at his side when our fight takes us to court!

I endorse this lawyer. Matt is very knowledgeable and very helpful to his clients.