Currently practicing in the area of U.S. Immigration and International Business Transactions throughout the United States and internationally. I handle a variety of immigration cases including employment based visas / adjustments, family based visas / adjustments, Labor Certification (PERM), visas for entertainment groups, asylum, battered spouse, deportation & removal, as well as citizenship. I also handle cases pertaining to international Business Transactions and offer to review cross border contracts entered into between private parties. Responsible for Perez & Associates’ affiliation with law firms in India, Pakistan and Egypt and, through those affiliations, I offer legal services in India, Pakistan, and Egypt. I am  licensed to practice Immigration Law in all 50 states of the United States and before all United States Consulates and Embassies. I am also licensed to practice law in Pakistan.

I obtained her law degree from Punjab University Law College in 1994 and my Masters Degree (LLM) with honors from the Stetson Law School in 2004 where I was awarded the Dean’s Award, the highest award given by the law school. I also served as an Intern with the Office of Senator Bill Nelson of Florida.

While engaged in active practice of law in Pakistan I successfully argued cases all the way through the Higher Courts in Pakistan. In addition, I was involved in human rights activities, especially in the area of rights for women, children, and laborers. These included serving as the Human Rights Coordinator for the Province of Punjab, as Secretary of the Punjab Chapter of the Pakistan India Peoples Forum for Peace and Democracy, as a Director of Rugmark International, an organization dedicated to eradicating child labor, and as a collaborator with Fair Trade where I designed and implemented a micro credit program in Sialkot, Pakistan, designed to provide supplementary income to skilled laborers in the sporting goods industry to reduce the incidence of child labor.

I am listed in a Who’s Who of American Universities and Colleges and have also been featured in the national legal magazine National Jurist as well as several newspapers. I am a recipient of the Woman of Achievement award from the Women on the Way organization.

I am also a fellow of the Foreign Relation Committee of Tampa Bay, the Advisory Board of Stetson Law School, and Co-Chair of the International Law Section of the St. Petersburg Bar Association.

As an immigrant herself, I have a special understanding for the needs of persons seeking to make a new home in the United States. 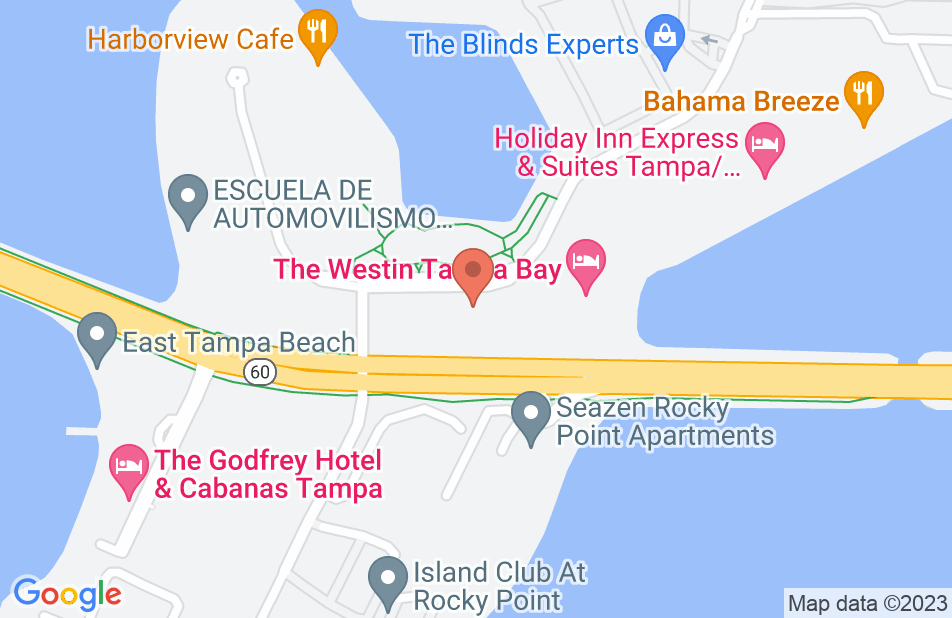 I write this review in capacity of the head of a local non profit organization which helps people from various countries settle in United States. Along with other help we provide, we also help them get legal status. We have worked with 2-3 different attorneys in past. It was only after we used the services of Neelofer Syed that we realized that even the Attorneys can be good and sensitive to other people's needs. Ms. Syed is not only professional in her dealings, she is also very knowledgeable, very compassionate, very wise in her advice, and above all is very realistic and sets realistic expectations for clients. It was after using her services, we never recommended anyone else to the people we help. Not to mention, none of the persons who used her services had any negative comment. She helped the people in various cases which include but are not limited to asylum, family petition, cancellation of removal etc. She is by far the best attorney who we recommend for any one who is in need of one. Thank you Ms. Syed for all you do. Thank you AVVO for letting us share our experience and benefiting others.

Neelofer Syed is the best attorney I ever met. She is very professional ,very knowledgeable,very honest,she doesn't give false hopes. She walked us through the entire process, kept us informed,answered all the phone calls emails even on weekends,no matter how many questions we had always took the time to explain. She took our case in April and mid October we had our green cards. We highly recommend Ms Syed to every person who needs an EXCELLENT ATTORNEY! Absolutely the best in bussines!

Neelofer Syed has helped our organization with multiple complicated immigration-related cases. I can say with full responsibility that hadn't it be her thorough knowledge of US immigration law, professional and clinical approach towards the problems we faced, we would never be able to successfully process those cases. Being a religious, nonprofit organization, it is of utmost importance to us that our cases were processed maintaining the highest level of ethical standards, integrity, and complete conformance of the law, and her integrity matched and surpassed our requirement. I would highly recommend Neelofer Syed for all your immigration-related issues. She is truly the best!
This review is from a person who hired this attorney.
Hired attorney

Amazing services, very personalized care to my case. She is very through in explanation all the options. She is highly recommended for any immigration Services any one looking for. She is cost effective also and again will explain all the cost options too.
This review is from a person who hired this attorney.
Hired attorney

Ms. Syed has been advising our non-profit on immigration and general legal matters for last several years. She is very responsive, and explains any situations from its various angles in very clear communication. Highly recommended for any immigration-related services.
This review is from a person who hired this attorney.
Hired attorney

When I wanted an attorney for my immigration application my friends all highly recommended Neelofar Syed. I came to her hoping to get the best advice and that's what I got. Syed is a thoughtful, considerate and highly skilled lawyer, who will never shy away from going out of the way for her clients. She is trustworthy and ethical in her work. Furthmore, she is always personally available to answer queries and satisfy concerns. At several instances she has spent hours explaining the step by step process to me. And at every step of the way I have seen her go out of the way to help me with my case. I would not hesitate to contact her for legal advice I might need in future.
This review is from a person who hired this attorney.
Hired attorney

Before becoming a client of Neelofer Syed I was a client of the notable immigration law firm and they were not able to help me. I was seeking for second opinion and Neelofer Syed had answers for my case right away. She knows immigration law inside out. I wish I could have her representing me from the beginning. I would highly recommend utilizing her services for any and all immigration situations.
This review is from a person who hired this attorney.
Hired attorney

She is very professional about her work. She is really good with paperwork and response. She know what is she has to do. When we start process and submitted documents she alway help me for small things even for documents verification which is not her part but she suggest for that. Also when i have any questions or anything which i have to discuss with her and i called her she is always ready to help and suggest me properthing. So i would recommend her Visa process
This review is from a person who hired this attorney.
Hired attorney

I will highly recommend Ms. Syed. We hired her for our immigration i-485 process. She is an amazing attorney and kind human being. I was represented better than I could have ever imagined. All my questions were answered appropriately and my doubts were always reassured. She went above and beyond and did everything she could to ensure a great outcome eventually me and my wife are Green card holders and will always remember Ms. Syed on our thoughts and prayers.
This review is from a person who hired this attorney.
Hired attorney

I hired her to represent me and she did a fantastic job. If someone needs to get their citizenship definitely hire her. Her price is reasonable compared to other immigration attorneys. She explained things clearly and was available when I needed her. I definitely recommend her to others.
This review is from a person who hired this attorney.
Hired attorney
See all reviews

I have known Ms. Syed for almost 15 years. You would be hard pressed to find a more passionate, intelligent, and hardworking attorney practicing International and Immigration Law.

Award-winning immigration attorney, Neelofer Sayed upholds the highest standards of service in the area of U.S. immigration law and international business transactions. We applaud her consistent dedication to her clients.

I endorse Attorney Syed as I have had the pleasure to work alongside Mrs. Syed as Local Counsel in South Florida and can attest to her professionalism and dedication to her clients.

I endorse this lawyer. Ms. Syed is very professional, competent, and thorough in her area of practice. I wholeheartedly endorse her.

Neelofer is a very competent and thorough lawyer who will work tirelessly to achieve her immigration clients' objective. I wholeheartedly endorse her.

I endorse this lawyer. She is an excellent Attorney and person to know!

Ms. Syed is an outstanding lawyer. I highly recommend her for immigration matters.

I wholeheartedly endorse Neelofer. I have worked with her on several business immigration cases. She is the ultimate professional.

Neelofer has devoted her practice to immigration law because that is her passion. I am confident in her knowledge and capabilities in this field and would recommend anyone with an immigration matter to consult with her first.

I would recommend her for any immigration related matters. I am confident in her abilities and work ethic.

I endorse this lawyer. She has acute legal acumen. She is sagacious, magnanimous toward her clients, well-respected by her peers, and she has a great future ahead of her. She is a pleasure to work with.