Gary is a civil trial attorney from Cincinnati, Ohio and underwent all of his schooling in Ohio, where he started his law practice in 1979.  He was then admitted to The Florida Bar in 1986 and moved to Florida, where he met and married his wife, Judy.  Gary is also admitted to the Federal circuit courts in Florida and the 11th Circuit Court of Appeals (Atlanta, GA) for all Florida. federal courts.

Gary handles and tries cases involving trust & probate litigation where there are allegations of  undue influence and/or fraud. Gary also undertakes personal injury cases and goes all the way to a jury trial, especially those  involving car crashes, harm done at a nursing home, or violations of geriatric rights and exploitation/abuse by caregivers( or sometimes a person’s own children). Gary handles unfair and deceptive trade practice cases, claims of legal malpractice, civil rights violations, consumer rights violations, and rip offs by scam artists. Gary handles cases of medical malpractice involving the “at risk” population being newborns, the elderly, and even jailed prisoners. Gary has successfully worked on large multimillion dollar cases involving traumatic brain injuries to newborns and cases where a death has resulted.,

Gary has worked with CBS’s 60 Minutes, the Broward County and Palm Beach County police departments regarding economic crimes against the elderly and disabled, consumer rip-offs, and businesses who commit unfair and deceptive trade practices.

Gary is the proud father of 15 year old twin boys.  First born Adam Matthew Susser is cortically blind and quadriplegic cerebral palsy.  Brandon Susser is 15 going on 25. Gary and his wife Judy, along with Adam, have been active lobbyists in both Tallahassee and Washington D.C. on a multitude of issues from embryonic stem cell research, to medical malpractice issues including the need for medical caregivers to report misconduct and errors of their peers, to address the lack of doctor discipline, to the drastic need for Florida to step up to assist disabled children and help families of special needs children cope with medical, personal, and education issues. Gary and his family have appeared on national TV shows such as Oprah, Montel,  and John Walsh, as well as CBS’s 60 Minutes. The family has appeared in several political commercials in support of embryonic stem cell research.

Gary sat for over ten (10) years on the City of Boca Raton Advisory Board for the People with Disabilities, mostly as vice chairman. He sits on the board of directors of the ADAM SUSSER FOUNDATION.  Gary sat on the board of directors of BIT BY BIT, a Broward County hippo-therapy charity program for the disabled for eight years (8). Gary sits on the executive board of the Florida for Embryonic Stem Cell Research & Cures, Inc., and is very active in promoting the use of embryonic stem cell research.  He coached soccer, basketball, and baseball at the Peter Blum YMCA for four (4) years where son Brandon was an active participant and was an assistant soccer coach @ SABR for two (2) years. He is a past President of the Foxe Chase POA in Delray Beach where he lives with his family. 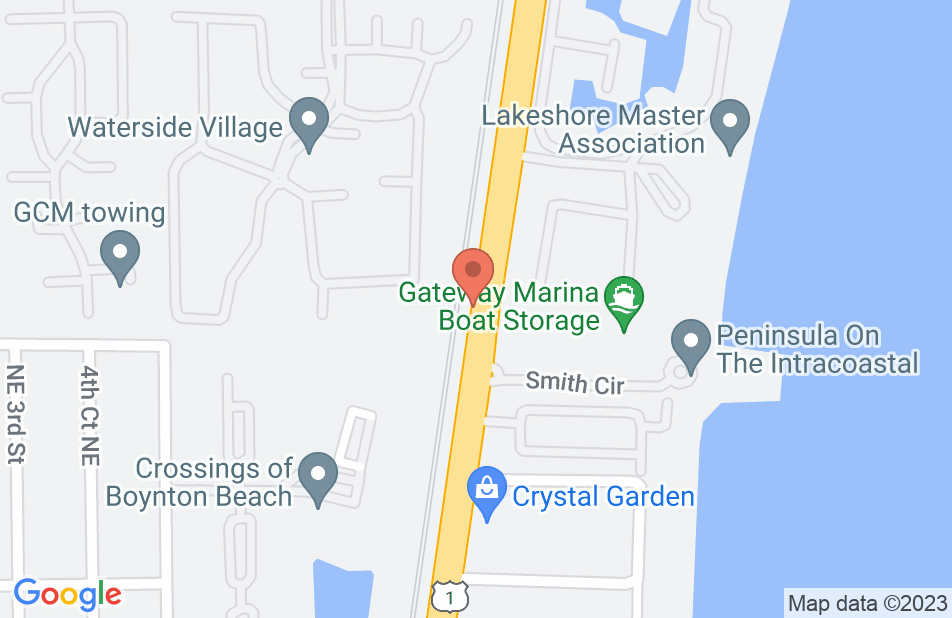 Gary Susser has been a guardian angel to me. He took my case when no one else wanted it including big names on TV. They all said the same thing " its a big insurance company that you are up against". and "its too hard to prove" my case. I was in a car accident, and had to go up against my own insurance company in court! It was the day that I met this man that I started to have hope again. He took my case and it was as hard as everyone said it would be. Gary and his assistant, Yvonne guided me through this terrible ordeal and won my case! I will forever be in debt. Sincerely, Linda
This review is from a person who hired this attorney.
Hired attorney

Susser withdrew as attorney of record for a legal malpractice case two weeks before the Statute of Limitations had expired. He had accepted the case 41/2 Months earlier when he was sent all pertinent information. His withdrawal based on his belief case “too tough to win.” Legal malpractice expert had previously endorsed my claim. Could have and should have withdrawn much earlier allowing me time to hire another lawyer.
This review is from a person who hired this attorney.
Hired attorney
Gary Susser's response: 1) I was never an attorney "of record " as we never "accepted" your case; I offered to look at it at the request of another attorney; 2) We had no retainer agreement at all. I stated that I wanted to see what your retained expert had to say. Any delay was based upon the expert you had retained, as he never had looked at your case until we reached out to him. 3) The expert you retained did not support your claim. Once we learned of that and talked with him at length, we declined to undertake your case as we so advised you. 4) Your 1st atty drafted a complaint which I sent to you & which could have filed yourself if you really wanted to pursue the case;;

I endorse this lawyer. Top notch lawyer who really cares for his clients

I endorse this lawyer..I have had the honor and privilege of knowing Gary for many years as well as working with him in many matters. Gary's work ethic is only exceeded by his knowledge of the law. He zealously represents his clients which is reflected in the results he has obtained. It is without hesitation that I issue this endorsement of Gary

I endorse this lawyer. Gary is a very smart guy and a great lawyer who knows his way around a courtroom. He works very hard for his clients and cares about them deeply.

Gary is a strong advocate for his clients. He is smart and skilled trial attorney. If you want an attorney who will fight for you, Gary is the guy. I endorse this lawyer.

I endorse this lawyer. He is an honest, hardworking, and skilled attorney who has an established track record of success for his clients.

I endorse this lawyer. He is diligent, trustworthy and practices at an extremely high level. His clients will receive excellent service.

I endorse this lawyer. Gary is a passionate advocate for his clients. His litigation skills and courtroom demeanor make him a favorite with both jurors and jurists.

I endorse this lawyer. Gary is a great attorney who goes above and beyond to help his clients. He is an asset to this profession.

I endorse this lawyer. Gary works very hard for his clients. He is an excellent trial lawyer and an honorable individual.

Gary is good people. He is tough, takes no prisoners, and is very competent.

I endorse this lawyer. He is of the highest moral and ethical character. He takes care of his clients and they trust him. Insurance companies fear him. Judges trust him.

I endorse Gary Susser. He is extremely knowledgeable and great to work with. He is very dedicated and diligent.

It is always a pleasure working on cases with Gary. Very knowledgeable on the law, processes, and court procedures. Extremely courteous, highly intelligent, professional, and caring. Goes the extra mile to get things accomplished. I highly recommend Gary to all my friends, family and colleagues.