Born in Cleveland, Ohio, Mr. Roy moved to the Palm Beach area in 1979 where he attended Palm Beach Public Elementary and Middle Schools. He then attended Twin Lakes High School in downtown West Palm Beach. During High School, Mr. Roy was an accomplished competitor in Forensics (debating), Governor of the American Legion Boys State, and a recipient of the Pathfinder Award in debating from the Palm Beach Post. Mr. Roy began working in the legal field shortly after high school, initially for a local private attorney and then for State Attorney David Bludworth.

Mr. Roy is the founding member and sole shareholder of ROY & ASSOCIATES, P.A. Mr. Roy started his own law practice shortly after graduating from the University of Miami School of Law. The first personal injury lawsuit that Mr. Roy was hired to litigate when he began his practice settled for $1.7 Million. He has also settled many other cases, including a serious bodily injury lawsuit for $2 Million. 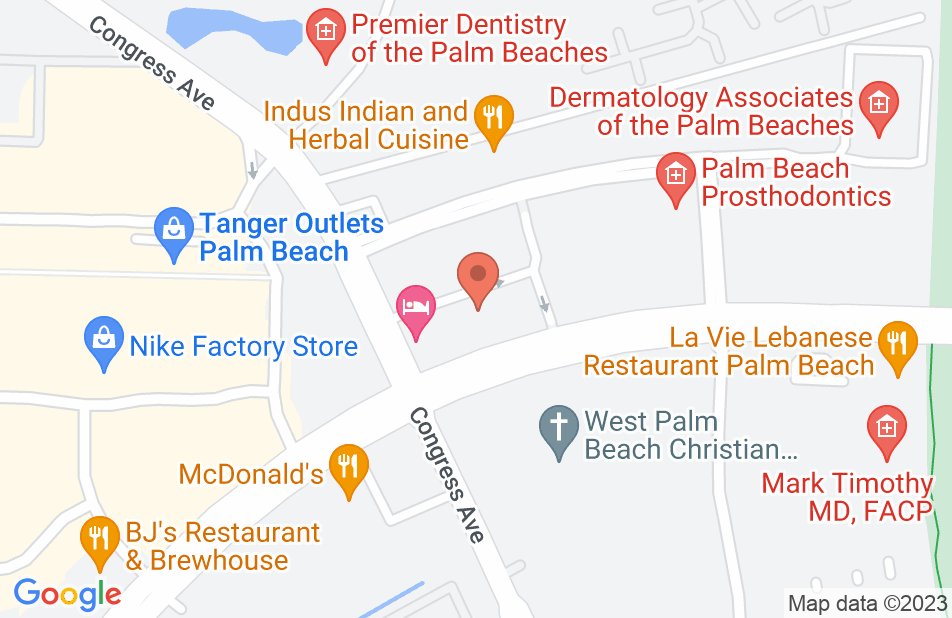 Extremely professional, very knowledgeable and helpful. He helped us fight against a bully landlord and won. Represented us well and listened to all our demands. Overall was extremely happy with him.
This review is from a person who hired this attorney.
Hired attorney

My lawyer kept me informed of all progress in my case and negotiated an acceptable settlement
This review is from a person who hired this attorney.
Hired attorney

Dave made my legal experience outstanding from beginning to end. He was very detailed and made sure I understood EVERYTHING and also explained all my options to me. He got me exactly what I wanted in the end and I highly recommend him.
This review is from a person who hired this attorney.
Hired attorney

I got in contact with Dave Roy recently to discuss the adoption of the 3 kids my wife and I have. He responded to my email in record time and was patient while I explained our situation. Although our particular situation is not his area of expertise he still took the time to guide me in the right direction. He called me back within the hour with a recommendation to a Lawyer who specializes in adoption. He was honest in although he wishes he could have been more assistance to us he knows that for our price range and what we needed it wouldn't be a perfect fit. I have much appreciation for an honest person in business. I would strongly recommend getting in contact with him should you find yourself in need.

Mr. Roy stepped in after another lawyer had dropped the ball and quickly helped us to prepare a purchase agreement for a small business. He listened carefully, understood what we were after and was able to deliver the legal documents in record time.

Been using Dave and his staff for years Well rounded, Top of his game would be my description of Mr Roy. He has put together a specialized staff able to handle anything Ive ever needed.

This Man is such an Honest lawyer! He has saved me thousands of dollars and been a true professional.

From Texas to Florida

This was a very difficult experience for my family overall. We found ourselves in an eviction process against our own family mid 2012. We don't live in Florida anymore but only had to make 2 trips leaving everything in Dave's trusting experience. We could not be anymore grateful of the outcome and we are looking forward to using his knowledge of the law in the not too distant future when selling our home to make sure we cross all our t's and dot all the i's.

We have used Dave Roy since 1997. He has always provided us with excellent service in our personal and business matters. Great research on the subject, and provides case law to back up his opinion. In the very few cases we have used him for, he has excelled in the courtroom and followed through until the end keeping us informed all along the way.

All Around Great Attorney

I came to know about Dave Roy when he represented a friend of mine in her extremely touchy divorce trial. She was left without an attorney in the eleventh hour, he came in with little information or time to prepare and performed very well. he got her an extremely fair result. I was in the process of defending a lawsuit and asked him a couple of questions. He immediately saw some problems with the defense my current attorney had initiated. I researched them and he was correct. My other attorney would not admit his error that could have cost me quite a lot of money. I changed representation. He got me the best result we could hope for and I have since utilized his services for every legal issue I have had come up sine that time. Whether big or small he has handled them. I am not one who normally is involved in the legal workings of our justice system. It is intimidating and upsetting to me. Dave handled my emotions around all the legal issues with grace and kindness. He is an all around professional and I refer him to everyone in his area.
See all reviews

I endorse this lawyer. He is thorough, detail oriented, intelligent and he has a wonderful personality.

John Ralls, Oil and gas Attorney on Jul 22, 2014
Relationship: Other

I endorse Dave. He is a highly skilled attorney that is well respected in the legal community.

I endorse this lawyer. Dave is a tireless advocate for his clients. He is a fearless litigator and a fantastic brief writer as well. His clients are lucky to have him.

I have known Dave since law school and have watched him in the courtroom as well. He is a well studied and effective attorney. Dave has a knack for knowing when to be aggressive and when to be receptive in order to get the best results for his clients.

I endorse Mr Roy. His answers on AVVO demonstrate a thorough knowledge of Florida litigation law and practice.

Dave works hard for his clients.

I highly recommend Dave Roy. I have known him since law school and even had a matter opposite him. He is dedicated to his clients and places their needs at the top of his list.

I endorse Dave an not only an excellent attorney but also as a kind and caring human being. He cares for his clients, and that gets results.

I've known Dave personally for 33 years, and professionally since we attended law school together. He is ridiculously effective and efficient, and always has his clients' backs - and often in ways they don't even realize or appreciate. His legal work is always excellent, and he gets results quickly. Bottom line: you won't find a better lawyer than Dave Roy.

I endorse this lawyer. Mr. Roy was opposing counsel on a case with me. He was very professional and prompt to return phone calls. Because of his responsiveness, we were able to resolve the divorce case without delay. Ultimately, it benefitted both parties because they did not have to incur unnecessary attorney fees.

I endorse this lawyer. I have had the privilege of working in the community with Dave Roy and I am extremely impressed with his skill and expertise in handling lawsuits and disputes of all nature.

I came to admire and respect Mr. Roy's abilities in two related cases. He is tenacious in his representation of his clients, skilled in litigation, knowledgeable of the law, and seemed to be genuinely interested in helping his client. Even an opposing counsel has to admire that combination of qualities.