Born & raised in Jamaica. Ms Russell immigrated to the United States in 1989. She attended Broward College(formerly Broward Community College) where she earned her A.A. degree in Business Administration in 1993. She then went on to receive her B.S. in Business Administration from Nova Southeastern University in 1994, later graduating from the University of Nebraska Lincoln College of Law with her Juris Doctor in 1997.

While pursuing her undergraduate and law school studies, Ms. Russell was involved in several organizations  such as Phi Alpha Delta; Nebraska State Bar Assn Student Member; Multicultural Assn and BLSA and held several leadership positions. She   participated in numerous community outreaches such as the Leo Mentoring Program , Volunteer Income Tax Assistance (VITA), Adopt a Family and other such wonderful programs.

Ms. Russell is admitted to practice and is an active member of both the Florida Bar, 1997 and the District of Columbia Bar, 1999. She is admitted to the US District Court Southern District of Florida, 2010. Ms. Russell has been recognized for her achievements by Who's Who in American Law; Who's Who in America; Madison Who's Who and recognized  by the Florida Bar for her Pro Bono Work with the Broward Legal Service-Broward Lawyers Care in 2010.

Ms. Russell has been practicing law for twenty (21) years nationwide in all aspects of immigration law and in the South Florida she also practices in the area of  family & divorce; immigration; probate; wills & trust and estate administration.

For six (6) years, Ms. Russell represented literally thousands of clients of numerous nationalities and ethnicities between 1998-2004, as the Staff Attorney for Catholic Charities Legal Services, Inc - Miami Office ( CCLS) and later starting and becoming the Managing/ Supervising Attorney for Catholic Charities Legal Services, Inc - Broward Office, a religious non profit organization which provides free or low cost legal services to low income immigrants in the South Florida area. Although, Ms Russell went on to private practice she currently serves on the Board  of Directors for Catholic Charities Legal Services, Inc. Ms. Russell understands that not everyone can afford her services and have given generously over the decades of her time and expertise through pro bono projects and citizenship drives in the South Florida community.

After leaving CCLS, in 2004, Ms. Russell became a shareholder in the law firm of Russell Quiros, P.A. originally known as Cameron & Russell, P.A.,. However, in September 2008, Ms. Russell, branched off on her own and started The Russell Law Firm, P.L. where she continues to build on her reputation of being an attorney of the utmost integrity, a straight shooter; and an attorney who gets results whether from straight forward and complex immigration and family law cases to small estates and complex multi million dollar probate estates. She continues to consistently provides the same personalized excellent representation to all her clients within the continental United States and around the world. 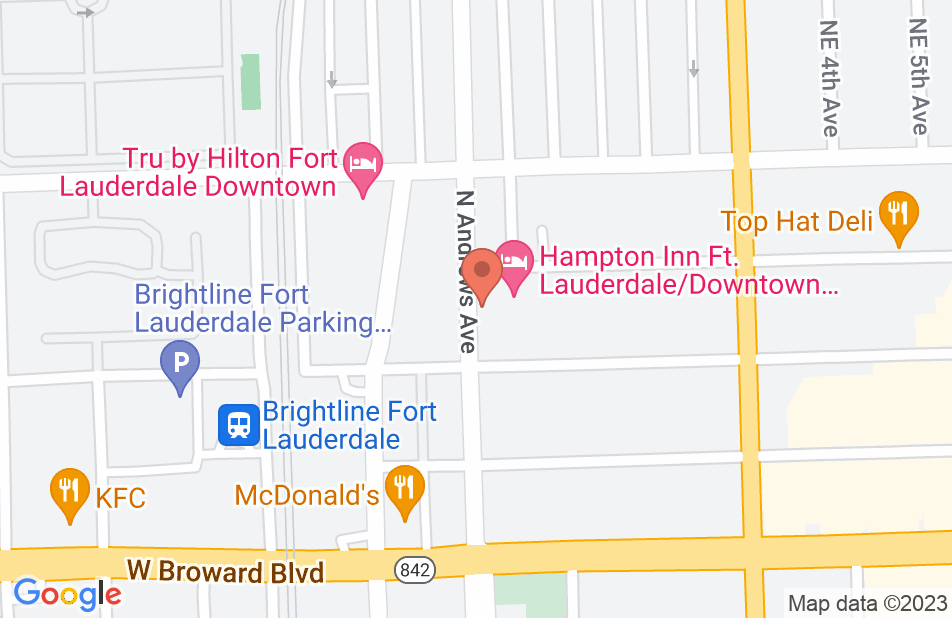 A friend of mine recommended Antonette to me. That was a blessing! She was not the first lawyer I hired to assist with my complicated case, but she proved to be the most efficient, professional and effective. I received my Green Card yesterday! A previous lawyer had told me that It would be impossible for me to get through. Antonette pulled out all the stops, she was calm, focused, extremely organized, proactive and a great listener and thinker. She is so confident and competent that my anxiety and doubts were soon diminished. She successfully anticipated everything that the official would ask for. I am so grateful to her. I would recommend Miss Russell to anyone who desires to win their case. She DOES NOT lose!
This review is from a person who hired this attorney.
Hired attorney

I had a very complicated immigration case and a friend recommended Antonette to me. I must say she is hands down one of the best lawyers I've met. She pays great attention to details, takes the time to explain every little step she will be taking to win your case, communicates very well, very responsive and she will go the extra mile to fight for you. I can gladly say that she delivered on everything and I highly recommend her.
This review is from a person who hired this attorney.
Hired attorney

The service offered by Ms Russell was world class. Everything was made easy. Highly recommended.
This review is from a person who hired this attorney.
Hired attorney

I had the opportunity to consult with and hire Ms. Russell on an Immigration matter. She was very detailed and thorough while explaining my options. I was very encouraged by her knowledge and professionalism. Thankfully, I was successful with my case and was very satisfied with her excellent service.
This review is from a person who hired this attorney.
Hired attorney

Antonette was very efficient, competent, and thorough. No stones were left unturned, and I wasn't fed the information that I wanted to hear-but that which I needed to hear. I started my process knowing fully well what the possible outcomes could be, and I was able to plan accordingly. I referred her to friends, and I know they received solid counsel and excellent service. I plan to use her services again in the future.
This review is from a person who hired this attorney.
Hired attorney

Ms Russell was absolutely awesome.. Advice me each and every step of the way.. Only took a total of 5 months to have my green card in my hand.. Highly recommend
This review is from a person who hired this attorney.
Hired attorney

I was recomended this Lawyer by my sister in law and let me tell you I do not regret hiring her to help me with my DACA. Her personallity is ver profesiinal but also opens her mind/heart to have a great relationship with her clients. She answered all my questions and doubts and txed me the updates on my papers being processed, which it was great. Her office is one hour away from my house but I do not mind the driving, she gave me a great sarvice so the driving was worth it. I will most definately recomend Ms. Rusell to be your lawyer.
This review is from a person who hired this attorney.
Hired attorney

Ms Russell help us on a petition that we hired her for ,and she was very good with what she was doing. She always responds to our questions promptly and always return to our messages. Great service at a fair price.
This review is from a person who hired this attorney.
Hired attorney

Antonette is an intelligent, trustworthy, experienced, and passionate attorney. She provides excellent representation and service to her clients. I highly recommend her.

I have collaborated with Attorney Russell on a number of case. She is a great advocate. I wholeheartedly endorse this lawyer.

Karen Manie, Employment and labor Attorney on Nov 18, 2016
Relationship: Worked together on matter

I endorse this lawyer. She is smart, knowledgeable and has integrity.

I endorse this lawyer. Ms. Russell practiced before me when I was an immigration judge and I always found her to be knowledgable and wek=ll prepared