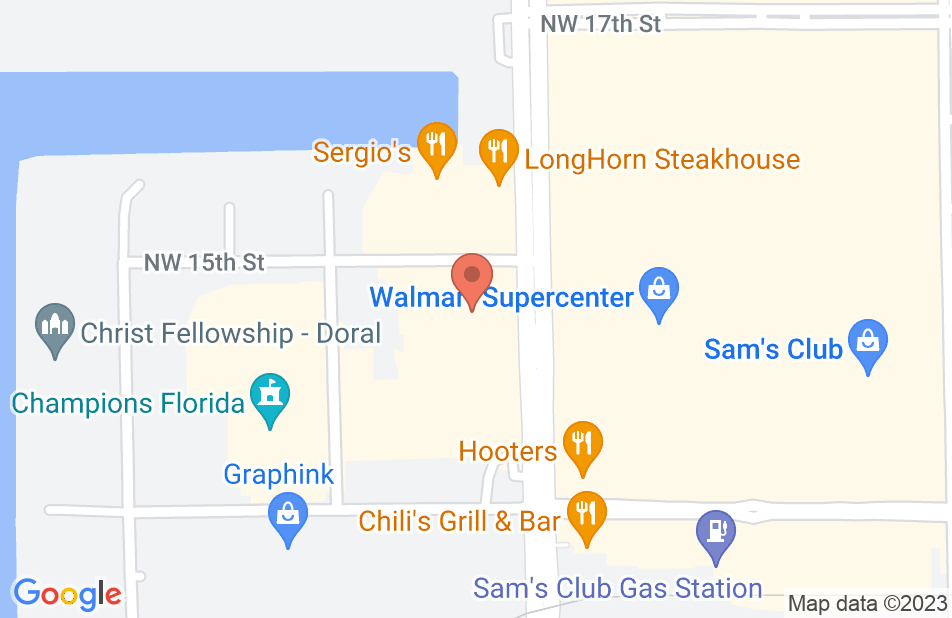 Mr. Silver's name came to me through the recommendation of a trusted lawyer friend after I had dismissed the first law firm that seemed intent on a strategy that would be long, expensive and contentious. On the other hand, Daniel fought hard on those issues where the law was both clear and favorable to this case and he resisted the temptation to make laborious but dubious attempts to win on every minor point. He counseled clearly on each issue concerning the division of assets by weighing his estimate of what the incremental legal costs would be against the chances of winning that specific issue. This is the integrity that clients look for in lawyers and all professionals. Daniel counseled strongly against retaliating in kind when facing harassments, instead sticking to the factual arguments and probabilities, always discounting the emotional in favor of the rational. This led to positive legal, financial and personal outcomes. Daniel had a strong knowledge of business law and contracts, which aided greatly in finding strategies to operate my business successfully under the strict guidelines imposed by status quo laws. I believe a big part of success in any profession is having the personal skills and contacts to know whom to hire when you need the assistance of other professional firms. Daniel's firm, Gautier & Hasty, picked an exceptional forensic accountant and gave showed great judgment on the choice of the mediator. Overall, the team Daniel put together gave me (and I suspect the opposing counsel) the confidence that our arguments would be very strong in court and well respected by the judge. In the end, this edge was what we needed to compel the other party into a successful mediated agreement and avoid court altogether.
This review is from a person who hired this attorney.
Hired attorney

There are no words adequate for me to describe the immense gratitude I have for Daniel -- and the entire G&H office -- for their unyielding efforts on my behalf in what could only be described as a "difficult and complex" case. Daniel's ability to adroitly handle the swift twists and turns of this very unusual case only goes to underscore his immense knowledge of the law and capacity to bring calm to chaos. I highly recommend Daniel to anyone seeking counsel in Family Court. In my humble opinion you will be in the care of the best up-and-coming family law attorney in Miami.
This review is from a person who hired this attorney.
Hired attorney

Daniel is an excellent attorney and advisor. He is very knowledgeable and communicative. He is straight forward and will say things how they are. This ensures that everyone is aligned and ultimately saves time and money. Going through a divorce process is a terrible feat that brings out the worst in people. Having an advisor like Daniel by my side helped ensure the outcome was reasonable.
This review is from a person who hired this attorney.
Hired attorney

As if a divorce is not difficult enough, my prior counsel quit four weeks before my divorce date after entertaining the case for almost two years. I was blessed to find Daniel Silver, despite being at a very difficult time in my life with emotions running high, at times my feelings were not always serving my best interests, and Daniel always listened and offered good advice. He never discounted my feelings and worked towards my goals and wants. Unlike my previous attorney, he was always available and informed me through all the steps. I highly recommend Daniel Silver; he was truly amazing, and I’ll be forever thankful for his services.
This review is from a person who hired this attorney.
Hired attorney

Daniel Silver was highly professional and empathetic and gave me excellent legal advice when I consulted him. I was impressed with his follow through and the amount of time he spent addressing my concerns. The situation was successfully resolved and I am grateful to Mr. Silver for his help! I would recommend him to anyone seeking legal assistance.
This review is from a potential client who consulted with this attorney.
Consulted attorney

I consulted with Daniel Silver on a divorce settlement. I found him through the internet. I moved to Florida in April 2020 my wife and I have gone through so many unfortunate events the entire last year that nearly ended our marriage. Daniel was exceptionally courteous, kind, informative, professional and understanding. He told me upfront the cost of a settlement agreement, what was involved and the legal aspects of such settlement in terms I could understand. I decided to work things out with my wife. He did not charge me for his consultation time! Which is incredible and appreciated especially in light of our current economic uncertainty. I have dealt with attorneys before. Daniel is the first attorney that did not empty my bank account. I highly recommend this attorney to anyone who needs legal assistance.
This review is from a potential client who consulted with this attorney.
Consulted attorney

Daniel was able to answer all my questions regarding a very complicated divorce. There were so many extenuating circumstances and he was able to navigate each and every one of them. Daniel is readily available and always kind and professional.
This review is from a potential client who consulted with this attorney.
Consulted attorney

After reaching out to friends and family and researching thoroughly online I consulted with Daniel by phone when I was seeking an understanding of what the process would look like for my upcoming divorce. He was by far the most informative attorney I spoke to during our initial conversation. It was clear that he was experienced and knew what he was talking about. After making the decision to hire him, that initial impression was solidified through his work ethic and excellent communication. At no point was I ever surprised by a development during negotiations, which is a testament to his knowledge and ability to prepare me for the next steps constantly throughout the process. Daniel successfully negotiated an arrangement that was agreeable to both parties, and put the children first. I will continue to seek his counsel for all of our family related legal needs. Highly recommend.
This review is from a person who hired this attorney.
Hired attorney

One of the finest attorneys I have ever consulted with. Knowledgeable and detail-oriented. Excellent legal strategist. Exceptional attorney with very high ethical standards. Mr. Daniel Silver should be provided with the highest rating available!
This review is from a potential client who consulted with this attorney.
Consulted attorney

I strongly recommend Daniel Silver! Before actually speaking with him, Daniel was generous and patient enough to personally go back and forth with me via email until we could coordinate a phone consult that fit into my hectic schedule. During my phone consultation of nearly an hour, Daniel provided me with a wealth of information. He answered my questions directly, gave me ample time to process his answers, and even guided me through potential scenarios related to my specific issue. I also found it unique that, although discussing an unpleasant dilemma in my life, Daniel presented kind, humble, and easy to open up to making the experience more comforting than expected. Aside from providing me with vast knowledge and honest insight, Daniel offered his valuable time without rush. Needless to say, I strongly recommend Daniel Silver. Thanks again Daniel!!!
This review is from a potential client who consulted with this attorney.
Consulted attorney
See all reviews

I endorse this lawyer. Mr. Silver is an excellent attorney, he is zealous, effective and always puts his client's best interest first.

I endorse this lawyer. Daniel is a strategic, calculated, and knowledgeable attorney who is highly effective and zealous in representing his clients. Until the next case, Daniel!

Dan is an excellent attorney practicing in the area of family law. I have referred several clients to Dan over the past few years and he has at all times done a great job. Dan is extremely knowledgeable and is well respected within the legal community. I strongly endorse Dan Silver.

I have come to know Daniel over the past several years as an excellent attorney who focuses his work on family law matters. I refer clients to him regularly because I trust Daniel with their cases without question. He is both competent and kind in an area of the law that many times lack those qualities from those who practice within it.

Daniel is an excellent and attentive attorney who I strongly endorse.

I have known Dan Silver since he was a law student at "the U". He part-time clerked with me for about a year and a half during his law school studies and was neither ever satisfied with being a clerk nor should he have been. To this day, almost 15 years later Dan continues to exhibit the finest qualities that a lawyer can demonstrate: commitment, dedication, passion, zeal, a solid ethical compass and a all are rooted in a concrete foundation of caring and diligence. I selfishly wish that his heart compelled him to remain in the criminal defense industry (such that we could have continued to litigate various crimes cases together) but I am happy for him (and his clients) that he found his niche in the family arena. If you retain Dan Silver to assist you in your unfortunate domestic dilemmas then you can (and should) sleep well at night. I wholeheartedly endorse Dan Silver.

I endorse Daniel Silver. Family law has become a very complex area with many new changes. Divorces and custodial issues require a strong and aggressive advocate. Mr. Silver has the experience necessary to handle any problem you may be facing. Unfortunately, many family related legal issues these days have a domestic violence component. Mr. Silver has experience in criminal defense and that separates him from other lawyers. If you need a lawyer to represent you who knows his way around a courtroom, put Mr. Silver on your side.

Daniel is a highly competent attorney. He is professional, caring and a wonderful colleague. Any client would be lucky to have Daniel represent him or her.

Daniel is a very knowledgeable and energetic attorney passionately dedicated to his clients.

I endorse this lawyer. Mr. Silver is a detail oriented attorney with a passion for helping his clients. A true advocate.