New Horizons Law ....helping good people get through the difficult times in life.

I have a small law firm with two attorneys and staff. I focus solely on family and marital law, representing people from all occupations and lifestyles. However, I believe it is my background, which gave me a sense of tolerance, compassion, and empathy, that has made me a better person and attorney.

I was born and raised in the Canarsie section of Brooklyn, New York. As a child I had a fondness for airplanes, and eventually studied aeronautics at Brooklyn Technical High School. I left Brooklyn a few days after I turned 18 to join the Air Force where I learned to repair radar equipment on jets, and then satellite communications equipment. In my twelve plus years with the Air Force, I had the pleasure to do some traveling, throughout the United States, Italy, Germany, Turkey, and Greece; and meet some interesting people. I learned the culture of these people, and enjoyed the diversity, not only of the culture of the locality I was placed into, but the diversity offered in the military itself. I left the military in 1993 and moved to Broward County.
My career path remained in the technical area, as I have a very analytical mind. Avionics is aircraft electronics and is what I did for many years. While working in the aircraft industry, I achieved one of my childhood dreams and learned to fly, soloing on my 35th birthday.

However, in 2000 I decided to study the law. I hung up my shingle in July of 2004 after graduating from Nova Southeastern University in 2003. I have been practicing Family Law since then. A few years later, I returned to Nova Southeastern University, not as a student, but as a teacher. I was an Adjunct Professor in the Children’s and Family Clinic for several years. My practice has since developed. My organization is not a firm with many attorneys. I was a “Sole” Practitioner for many years, but now work with an associate, and we answer to only you, and you work solely with us.

I am proud to say I am a grandfather of thirteen, and have been married to my wife, Nancy, since 1999. We are a blended family, and I understand the difficulties one experiences when raising their own children and the children of a spouse. 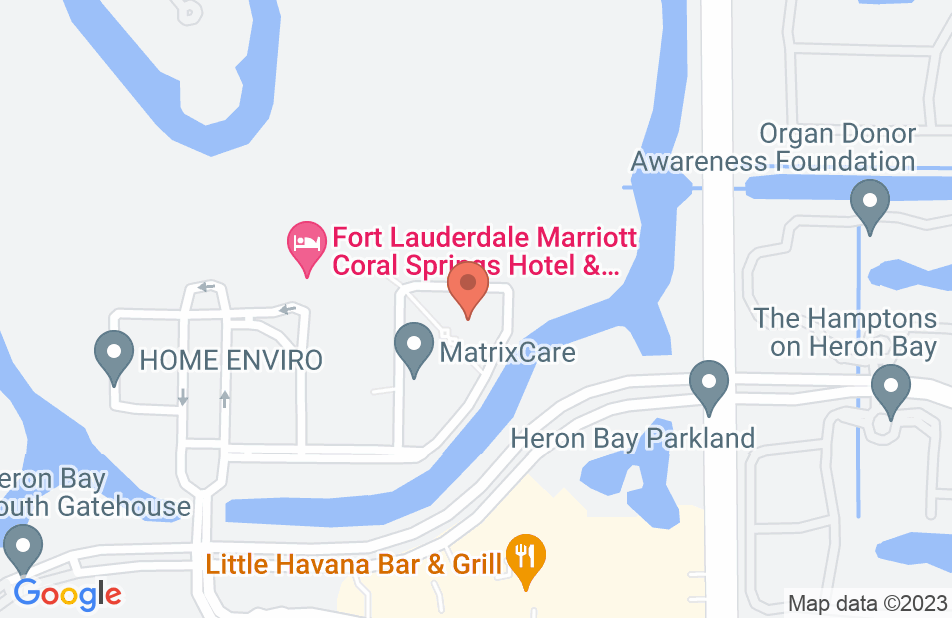 Lawyer you can trust!

Mr. Costantino reviewed my case and did research on my case before we even discussed any charges. I was fighting for custody of my 5yr old son who was in a bad environment. For years I thought I could never afford to fight for custody being a father. Now only a few months later I'm flying back to Florida to pick up my son. I was awarded full custody 3/28/2012. Michael took on my case and made it his own. He always took my calls and answered all my questions. He forwarded all papers regarding my case very quickly and explained to me directly everything during my case. Every time I called his office his knowledgeable and friendly assistants called me by name. Michael went way above and beyond what was expected and helped me through the most important and difficult situation of my life. Michael helped me and my son more then I will ever be able to repay! He is very professional and respectful in and out of court! Nothing but love and respect for Mr. Michael Costantino. Thank You So Much!

I had a very hard and weird case that took Micheal Costantino a little time to get the true understanding but he figured everything out in a very short time as promise.

My case was long, took over 2 years and at all times I felt that Michael was clearly looking to understand what was happening and for justice. His vast knowledge on Family Law was just one of his best assets, because besides that enormous advantage that you count on, he is very ethical and a great professional. I was truly a case with a name not just another one client. Thank you Michael!! You and your team are real professionals that I will always remember and will always recommend!
This review is from a person who hired this attorney.
Hired attorney

The Best In Broward

I’ve been through three different family attorneys and Michael and New Horizons PA were the team who could identify with me the best. Their goal is to keep things above boards and reasonable for you and the future of your family so that your life can get back to where it needs to be. New Horizons Law is a family run firm which for most people in similar situations as mine is vital to give your life some sort of semblance to one of the most difficult times in your life. I have already given New Horizons two of my closest friends as clients and will always give them more. To Michael, Amanda, and Brittany, thank you! My family appreciates you!
This review is from a person who hired this attorney.
Hired attorney

he as been great, he has been teaching me family law for as long as i can remember i now help him and his paralegal ( my mom ) do work i now know how to upload document ect you should hire him because even tho i have not needed him to be my lawyer i know he is great!!!!!
This review is from a person who hired this attorney.
Hired attorney

I hired the partner Shannon West to represent me for a subpoena order given to me to provide private information and appear at my husbands and his ex-wife's alimony indirect criminal contempt case at the last minute. Shannon only had a couple days to prepare and showed up at the hearing to represent me. Shannon's outstanding knowledge and representation protected me and my rights and her teamwork with my husband's attorney was amazing! The motion was denied and we won!
This review is from a person who hired this attorney.
Hired attorney

Michael was a pleasure to deal with. Each case is different and comes with its own unique circumstances, Michael took the time to understand mine and worked hard to get to a reasonable conclusion to a difficult situation. I would recommend him to anyone who wanted a fair and hardworking attorney, who will actually listen and work with you.
This review is from a person who hired this attorney.
Hired attorney

This is the only lawyer you need to get the job done.

Michael was an outstanding Lawyer. He did exactly what needed to be done to help me complete me case and come out with the big W. Thank you Michael and team for all your help and I will use you again whenever needed.
This review is from a person who hired this attorney.
Hired attorney

Michael handled my divorce with care and extensive knowledge. He was always available to answer any questions I had and would answer the phone personally when he could. He is very easy to talk to and takes the time to explain what needs to be done in a no-nonsense, matter-of-fact way. His team is great, and I would highly recommend his practice to anyone seeking out an attorney.
This review is from a person who hired this attorney.
Hired attorney

If there were 100 stars to click on, I would give Mr. Costantino ALL of them. The way he handled my very 'difficult' divorce was fabulous! He did it in a shorter time that I thought would be possible. He was very effective: always available, patient, informative and obviously KNOWS his job. His staff was very effective and always very pleasant also. They are truly a 'DREAM TEAM'. Thank you, Mr. Costantino, Brittney, Amanda, and Shannon. You didn't let me down ONCE.
This review is from a person who hired this attorney.
Hired attorney
See all reviews

I endorse this lawyer. He has superb understanding of family law practice. One of the best I have known over several decades of experience. He is well regarded in the area.

I endorse this lawyer. He is always prepared for all our hearings we've had and is always very professional.

I endorse this lawyer. He is energetic and committed to his clients.

I endorse Michael. He is a true professional and a gentleman. Michael is ethical and competent.

I endorse this lawyer. I have litigated several cases against Michael and also observed him in court in other matters. Michael is very well respected by other lawyers and most importantly, by the Judges in Broward, Palm Beach and Dade. I would recommend him without hesitation.

Michael is a very competent and knowledgeable Family Law attorney. He tries to settle cases in order to avoid the financial and emotional costs of a trial, but if trial is inevitable he is a zealous advocate seeking to obtain the best possible result for his clients. Michael is also calm in the midst of chaos and easy to work with. I highly endorse him.

Michael is an excellent attorney and person. He is highly skilled, well informed on the law and a gentleman. He is the type of attorney that many should aspire to be like. I recommend Michael without reservation.

I highly endorse this lawyer. Michael is a very competent and caring family attorney. He knows the law, the process and how to bring adverse parties to agreement. He is very practical and stays calm and rational through what many times is a highly emotionally-charged situation. I do and will continue to refer and to use Michael's services for my family and friends.

I endorse this lawyer. He's the one i trust in Florida.

I endorse this lawyer. Michael is a very knowledgeable lawyer in Family Law. We have consulted together on many complex legal issues. I would highly recommend him to anyone needing legal counsel.

I endorse this lawyer. I have known Michael for many years and he is a competent, caring and experienced attorney. He is well respected in the community. I always look forward to working on a case when he is on the "other side" as he is truly a professional.

I endorse this lawyer.I have been involved in cases opposite Michael and have worked with him on Family Law matters. I find his knowledge of the law and intergrity to be exemplary.

I endorse this lawyer. We have had a few cases together and he is always professional and a great advocate for his client.