Ms. Synnamon graduated from the University of Central Florida with a Bachelor's Degree in Elementary Education in 2003. She then decided to do something different with her career, and attended Florida A&M University College of Law in 2006.

During law school, she was President of the American Association for Justice (formerly American Trial Lawyers Association), as well as, the Mock Trial Chairperson on the Advocacy Board. Giving back to the community was and continues to be a huge priority to her, which is why, she organized the Annual AAJ Homeruns for Lukemia Charity Softball Tournament, which benefits the Leukemia and Lymphoma Center of Central Florida. She also participated in Moot Court as well as Mock trial in several national competitions before graduating with her Juris Doctorate in 2009.

Her passion for advocating in the courtroom fueled her career at the State Attorney's Office in the Ninth Judicial Circuit (Orlando, FL). Throughout her years as a prosecutor, she was assigned to several specialized units including Misdemeanor, Juvenile, Felony Domestic Violence, and the Sex Crimes/Child Abuse Unit. She handled serious and difficult cases, and became proficient in complex scientific evidence (DNA, Finger print analysis, computer forensics, blood alcohol levels). In addition, she amounted extensive courtroom experience, arguing hundreds of motions, and over 60 jury trials including Capital Sex Crimes.

Ms. Synnamon, left the State Attorney's Office in June of 2013 and pursued criminal defense work. She has seen how hard it is for those that have been accused of a crime as well as their families to deal with the intimidation of the criminal justice system.

Ms. Synnamon is licensed to practice law in the state courts of Florida and the United States District Court for the Middle District of Florida. 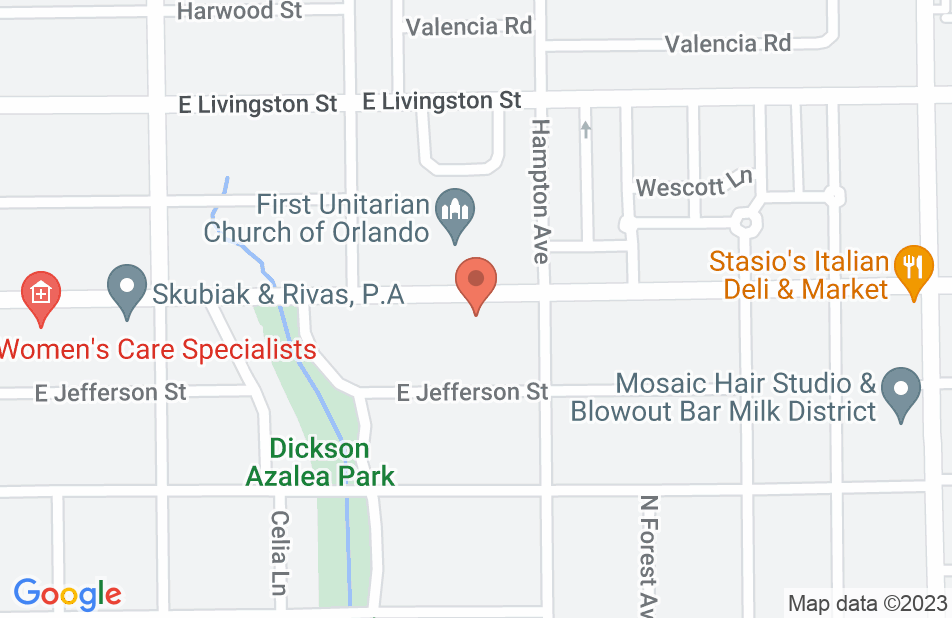 On a Sunday, Jennifer took the time out to call me back. She was not able to handle my case but she gave me some very good advice and referred me to an attorney that could help me.
This review is from a potential client who consulted with this attorney.
Consulted attorney

Jennifer is Caring, Intelligent and Personable

My daughter was in a motor vehicle accident on I-4 involving 3 cars where she was rear ended and pushed into the car in front of her. Because of statements made by the other 2 drivers, the police officer gave her a ticket for "following too closely" which made her partly responsible for the accident. The statements were false and we wanted badly to fight the ticket. On good advice from the body shop appraiser, I knew I needed an attorney to represent her. She is 19 and I wouldn't be able to talk for her at a court hearing. I found this Avvo website when I googled traffic ticket attorney Orlando and I was glad that I did. I never needed an attorney for this kind of thing before and how was I going to know who was good? I called 5 attorneys from the site before I called Jennifer. Three of them wanted twice as much money to take the case, one was actually in Sarasota and only had a small satellite office here and one was going to call me back with a price. Then I called Jennifer. It was around 5 o'clock and I was quite surprised when she answered her own phone! I know she couldn't possibly do that most of the time but I think she does it when she can. She listened to my story for at least 5-10 minutes and I hadn't paid her a dime or agreed to hire her. You could just tell how caring she was. You could also tell that she was intelligent. I had found what I was looking for. It was her picture that put her near the bottom of my list. You know the old stereotype, can a pretty woman also be intelligent? We all know the answer is yes but our subconscious still holds on to the idea. Secondly, I'm married and what will my wife say when I show her who I hired. I can hear her now, "so you hired the hot looking babe?" Jennifer was such a pleasure to talk with. My daughter would have had anxiety for weeks waiting for this court hearing. When we met her at the court house, she was very professionally dressed and had her hair pulled back and looked ready for battle. She gave off an air of confidence and told us she researched the first driver and found that he had a criminal record. Our case ended up being dismissed and we couldn't have been happier. I was really glad that I had made that call to Jennifer. For all you married guys out there, don't let Jennifer's picture keep her off you list. If she wore glasses, had her hair pulled up and wore a plain, high cut blouse (the librarian look) it would probably make you feel better. Trust me, she is probably one of the most caring, intelligent and personable attorneys out there. In a profession where a lot of its members give it a bad name, Jennifer Synnamon is a ray of sunshine.
See all reviews

Jennifer is an aggressive and knowledgeable attorney who will give her clients 100% effort all the time. She is zealous about protecting the rights of others. I endorse this lawyer.

Michael Cortes, Divorce and separation Attorney on Jul 18, 2013
Relationship: Worked together on matter

Jennifer demonstrates legal insight and skill far ahead of her years in practice. She is a formidable adversary, whom I respect and endorse.

When I was a prosecutor, I had a few cases with Jennifer sitting across the aisle and she is a great attorney. She was always easy to work with and very knowledgeable. The best criminal defense attorneys know that you don't always have to fight with the State on every point. I'm positive Jennifer gets great results for her clients and I fully endorse her.

I endorse this lawyer. Jennifer and I worked together on several cases back when I was an police officer and she was a prosecutor.. She was dedicated then and I know she's dedicated to her clients now!

Great Attorney and Great Person. Jennifer is dedicated to field of law. She has skill and knowledge. And she cares about the person not just the case.

Ms. Synnamon is very knowledgeable about the law, and a very skilled litigator. I gladly endorse her.

I endorse this lawyer. Jenny is a great trial lawyer who knows her way around a courtroom.

Jennifer is a great attorney. She is a skilled trial attorney that is extremely well prepared. She is very effective at communicating legal concepts to her clients. The clients I have to Jennifer have been highly satisfied with her representation.

Jennifer is an excellent attorney and litigator. She is very skilled and knowledgeable in criminal law. I happily endorse this lawyer.

I endorse this lawyer. Had a few cases against her while I was at the State. She was always diligent and hardworking and fought for her clients as best as she could.

Simon Kabzan, Divorce and separation Attorney on Sep 15, 2014
Relationship: Other

I had the pleasure of becoming acquainted with Ms. Synnamon while working at the State Attorney's Office in Orlando, Florida. She was one of the most dedicated, caring, and competent attorneys that I was fortunate enough to work with. Ms. Synnamon has always been an unrelenting advocate for those entrusted to her care. It is with full confidence that I endorse Ms. Synnamon.

I have had the pleasure of working alongside Ms. Synnamon and as an opposing attorney. She is very professional, ethical, and hard working. I endorse Jennifer Synnamon!

I worked with Ms. Synnamon at the State Attorney's Office. She knows criminal law and knows her way around a courtroom.

I endorse this lawyer. Attorney Synnamon is a hard working lawyer. She cares about her clients & works hard for them. She is always prepared in Court & is well respected among other attorneys & judges. I highly recommend Attorney Synnamon!

I endorse this lawyer. Jennifer's responses to questions in the field of criminal defense are always thoughtful and enlightening.

Jennifer is a professional and courteous lawyer who always goes above and beyond in her work. I am happy to endorse Jennifer as I am confident in her aggressive representation and great trial skills.

As a former Prosecutor for the 9th Judicial circuit, I had the privilege of working with Ms. Synnamon on several cases. She has the ethics, skill, determination and first-hand working knowledge required for the defense of criminal cases.