Maria Aguila received her Juris Doctorate law degree from the University of Richmond School of Law in 1999 and Bachelor of Arts Degree in English from the University of Miami in 1996.  She has been a Florida Bar member since 1999.  Her extensive work experience includes the following: associate attorney at Boyer, Tanzler & Boyer, P.A. assisting with the firm's civil litigation personal injury cases, Director/Senior Trial Court Law Clerk for the Judicial Staff Attorney’s (JSA) Office for the Fourth Judicial Circuit, providing legal guidance and written orders to the judges in civil and commercial litigation and criminal cases, and Fair Housing senior attorney at Jacksonville Area Legal Aid, handling federal and state Fair Housing and landlord/tenant cases.  During law school, she interned at the U.S. Attorney's Office for the Middle District of Florida in Jacksonville, Florida and the Attorney General's office for the Commonwealth of VIrginia in Richmond, Virginia.

She taught as an Adjunct Professor at Florida Coastal School of Law and Florida State College at Jacksonville paralegal studies program, teaching family law, torts and introduction to legal studies and serves on the FSCJ Paralegal Studies Advisory Committee.  From October 2014 - September 2016, she served as a General Magistrate for the Fourth Judicial Circuit, presiding over all aspects of family law cases and domestic violence postjudgment hearings.  She is the Past Chair of the Jacksonville Bar Association Diversity Committee, one of the founders and Board Officers of the Jacksonville Asian American Bar Association, current Program Chair of the Catholic Lawyers Guild and active member of the Jacksonville Womans Lawyers Association.
She has been an active volunteer since moving to Jacksonville, Florida in 1998.  She received numerous awards: 2015 CLG Law & Spirituality Award, 2008 Mayor's Asian American Advisory Board Public Service Award, 2004 Fourth Circuit Public Service Award, Jacksonville Asian American Bar Association Service Award, 2008 Federal Law Enforcement Training Center Certificate of Appreciation, 2012 Fourth Circuit Senior Trial Court Law Clerk (Awarded after minimum Five Years of Service), and Recognition for Serving on the Board for Philippine Nurses Association of Northeast Florida.  Dedicated to her family, Maria has been married 15 years to her wonderful husband, Eric, and has two beautiful, talented daughters. 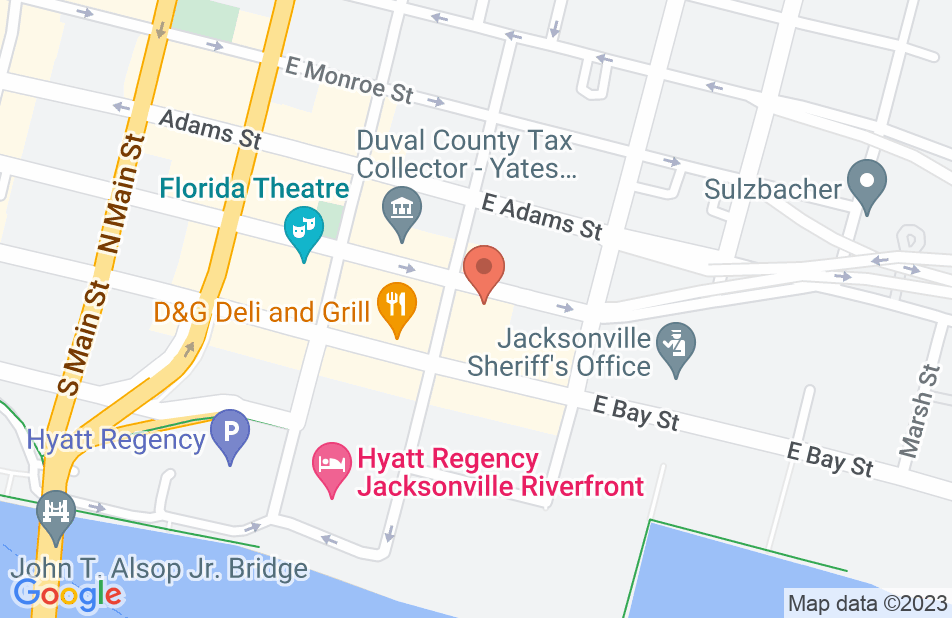 She reviewed each detail of my case, searched the challenges of the case through internet and gave me significant information. She responded lots of messages so quickly and sincerely, and she did not make me feel as if she tries for marketing anyway. She was more like a sincere and helpful friend with huge know-how on the area. I exactly recommend her at least for a consultation, then you will easily see truth of above statements.
This review is from a potential client who consulted with this attorney.
Consulted attorney
Maria Aguila's response: Thank you for your kind words! Best wishes to you, and I was more than happy to help and answer your questions.

She was candid, direct as well as informative.
This review is from a person who hired this attorney.
Hired attorney
See all reviews

I endorse this lawyer. Ms. Aguila is a compassionate, kind-hearted person who is experienced and knowledgeable in Immigration Law. She will work hard for your rights.

I endorse this lawyer. Ms. Aguila is a very knowledgeable and effective advocate for her clients.

I would highly recommend Maria to anyone needing an honest and hardworking attorney who truly cares about her client's needs!

I endorse this lawyer's work. Ms. Aguila is extremely knowledgeable in the area of immigration law. She is very personable and highly professional. She is a pleasure to work with.

I highly endorse this lawyer's work. Maria is one of the most efficient lawyers I have known in my 20 years of legal experience. She is passionate about her work, and has the capacity to manage challenging cases with precision and real-world application. Maria has excellent communication skills, and I never worry about referring my clients to her for their immigration issues.

I endorse this lawyer's work. Attorney Aguila is a top notch lawyer. She is highly regarded by Bench and Bar-- particularly on family immigration matters - specifically, adoption immigration. She is extremely intelligent and practices with a high degree of ethics. I have the utmost respect for this lawyer as a person as well as an attorney.