Brian J. Cabrey is the founder and owner of Cabrey Law, a law firm focusing on the legal needs of children and the injured. Mr. Cabrey’s injury law practice includes representation of plaintiffs in the areas of personal injury, wrongful death, professional malpractice, and products and premises liability.  Mr. Cabrey's child advocacy practice includes representation of child victims of physcial and sexual abuse, neglect, and abandonement, juvenile dependency (DCF), juvenile delinquency, and attorney ad litem representation of children.  Mr. Cabrey has obtained multiple settlements on behalf of injured clients in excess of one million dollars.  Mr. Cabrey is also a respected child advocate who frequently represents children pro bono in child abuse, juvenile dependency, and termination of parental rights proceedings.  He advocates for the rights and protection of abused, abandoned, and neglected children, and frequently represents children in civil matters  regarding injuries and damages they sustain from physical and sexual abuse, particularly while in state and institutional care.  Mr. Cabrey has  successfully obtained significant verdicts and recoveries for child victims of physical and sexual abuse, including multi-million dollar settlements, and been involved in landmark litigation of national significance to protect the legal rights of foster children, particularly when they are injured while in state care.  In 2001, Mr. Cabrey was  recognized by the Guardian Ad Litem Program of Florida for his volunteer efforts and dedication to the best interests of abused, neglected, and abandoned children, and named its Pro-Bono Attorney of the Year for Dependency in Duval County.  Mr. Cabrey was recognized and honored in 2007 by Florida’s Children First for his work in child advocacy.  In 2009, Mr. Cabrey was recognized as one of   Florida’s “Legal Elite” in Civil Trial,  a distinction reserved for the top 2% of Florida attorneys as determined by their peers.

Prior to founding Cabrey Law in 2015, Brian J. Cabrey was a partner with the law firm of Zisser, Brown, Nowlis & Cabrey, P.A. in Jacksonville, Florida.  Prior to joining the Zisser firm in 2001, Mr. Cabrey was a Senior Attorney and Assistant General Counsel with the State of Florida Department of Children and Families, Child Welfare Legal Services, for District Four in Jacksonville, Florida, serving Duval, St. Johns, Nassau, Clay, and Baker counties.  Mr. Cabrey currently volunteers his professional time and skills as a pro bono attorney ad litem for abused, neglected, and abandoned children.  He previously volunteered as a pro bono attorney for the State of Florida Guardian Ad Litem Program for the Fourth Judicial Circuit.

Mr. Cabrey is a graduate of St. Xavier High School in Cincinnati, Ohio.  He received his undergraduate degree in 1990 from Miami University in Oxford, Ohio, and his law degree in 1993 from the University of South Carolina School of Law in Columbia, South Carolina.  He is a member of The Florida Bar, the Jacksonville Bar Association, and the Catholic Lawyers Guild.  Mr. Cabrey is currently the Chair of the Attorney Ad Litem Subcommittee of the Jacksonville Bar Association.  He previously served as Chair of the Protecting Our Children Section and the Legal Needs of Children Committee of the JBA.  Mr. Cabrey is a former President, Vice-President, and Program Chair of the Catholic Lawyers Guild for the Diocese of St. Augustine.  Mr. Cabrey also served on the board of directors of Florida’s Children First, a statewide, 501(c)(3) non-profit, non-partisan children’s advocacy organization, from 2004 through 2011, and was the organization’s vice-president from 2006 through 2011.  He currently serves on the board of directors of Lumen Entertainment, a 501(c)(3) non-profit Catholic media production company based in Jacksonville, Florida.  Mr. Cabrey has been admitted to practice in all state courts in the State of Florida since 1994, as well as the United States District Court for the Middle District of Florida since 1996, and was admitted to the United States Court of Appeals for the Eleventh Circuit and the United States Supreme Court in 2006. 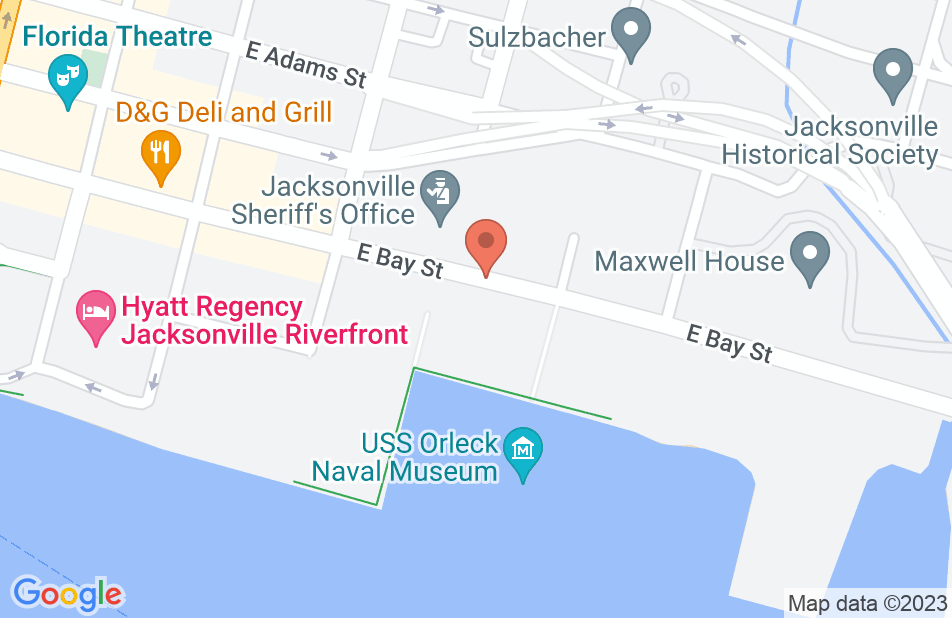 We have been working with Brian for quite some time now and have been impressed with his knowledge in relation to our case. His focus to doing what's best for our child and overall for our family has been wonderful. Highly recommend his assistance for any relevant case needs.
This review is from a person who hired this attorney.
Hired attorney

Brian is the Best of the Best!

Brian is a brilliant attorney and considered to be a cut above the rest. His compassion, knowledge and experience exceeded my expectations and he handled my case swiftly and professionally. The safety and security of my child was at high risk; however, Brian was so experienced in his field and sympathetic to all of the emotions that accompany such a case, that I felt relieved and confident once it was in his hands. Billable hours are not how Brian operates; he minimizes conflict and seeks a fast resolution. He is the best in his field and can achieve results beyond expectation!
This review is from a person who hired this attorney.
Hired attorney
See all reviews

Patricia Parker, Divorce and separation Attorney on Jul 14, 2015
Relationship: Worked together on matter

I endorse this lawyer. Brian is a committed children's advocate. He is knowledgeable and very experienced.

Brian has continued to work in protecting children's rights for years while simultaneously securing the justice they deserve following some of the most serious injuries.

I endorse this lawyer. He is a passionate advocate for his clients.

I endorse Brian Cabrey. I have known Brian for several years and know him to be a very talented attorney and of impeccable character.

I endorse this lawyer. He is a tireless advocate who donates much of his time in order to make sure that children have a voice in the dependency system.

I endorse this lawyer. I've known Brian for many years. He's an excellent advocate for his clients.

Mr. Cabrey is an excellent attorney who demonstrates outstanding professionalism. His dedication to the children of our community is so admirable; he is a true leader in our legal community and our community at large.

I endorse this lawyer. I have known Mr. Cabrey for many years and know him to be a passionate, intelligent, and thorough advocate for his clients.