At The Law Office of Christine M. Cruse, P.C., your best interests are our top priority!

Attorney Christine Cruse, a New York native, graduated from Rutger's University in 1995 with a bachelor's degree in Psychology. She attended Mercer University's Walter F. George School Of Law, graduating in 1998.

After graduating from law school, Christine worked as a recruiter for the law school before joining the Houston County District Attorney's office. While there, she handled all felony property crimes and co-chaired several major felony cases during her first year. She then left to serve as inhouse counsel for Georgia Secretary of State Cathy Cox/Licensing Department where she practiced administrative law and assisted various boards in the creation of new rules and regulations.

Christine returned to the Houston County D.A.'s office a year later to specialize in the prosecution of all felony physical and sexual abuse crimes commited against children. She tried a myriad of cases from murders to serious aggravated child molestations and was successful in obtaining high sentences for violent sex offenders following their convictions. She also served as the head of Houston County's Child Fatality Committee and the Child Abuse Multi-disciplinary team for nearly four years.

Proudly on October 3, 2011, Christine M. Cruse launched The Law Office of Christine M. Cruse, where she specializes in Family Law, Military Family Law Issues and Criminal Defense.   Christine has had over 8 years of experience in private practice first with the Gomez Law Group and then with the Rockefeller Law Center (since the firm's inception in 2005) before launching her own practice.   In addition, she specializes in personal injury matters and currently has the honor and privilege of representing (as co-counsel) one of the victims of the awful "Perry Hospital Mammogram Scandal" which is currently pending.  Furthermore, Christine is a State-Certified Family Law and General Civil Mediator and is available to mediate your case. 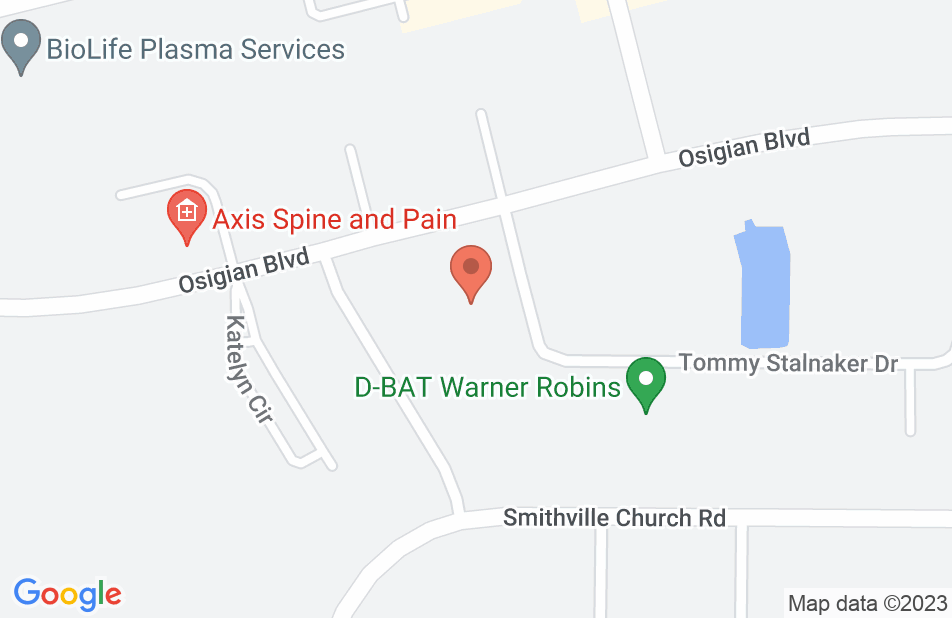 The BEST attorney in Warner Robins (or ANYWHERE!!)

Ms. Cruse and her team go well above and beyond any attorney we have used in the past. She is very passionate about her work and will fight hard to get what you deserve. I will definitely use her again (she will be the only attorney I will ever use again)! Ms. Cruse kept me informed every step of the way by phone calls, emails, text, ect. Unlike my previous experiences with attorneys, Ms. Cruse notified me on every detail about my case the same day she was notified. Ms. Cruse kept her professionalism at all times even when it became heated during mediation. She kept us "cool and collected" and fought and received everything I asked for! I will sing her praises to anyone looking for a great attorney who is not scared to fight for their clients. She puts her heart into everything she does with much integrity and dedication to her clients. She fought long and hard for my husband’s children. Our case became very complicated (due to the other party) and didn’t seem to be fazed by the constant changes or the absurd lies. My husband received everything he asked for and more! Thank you Ms. Cruse and your team for an awesome job!

I could not ask for a better attorney! Ms. Cruse guided me through my entire divorce and was a strong advocate on my behalf. She knows the law and is very personable. I also noticed how other attorneys and judges give her the upmost respect. I am glad that I had such a competent attorney on my side!

First of all, I want to thank Mrs. Christine Cruse and her amazing team for representing me and that I am very grateful, humble and pleased for what she has accomplished during the tenure while I've being stationed and deployed in the Middle East. Mrs. Cruse is professional, knowledgeable, educated, sharp and knows the business in family law and all the areas of her practice. Honestly, I can write many pages of what she has done, all positive during my case from start to finish. The line of communication was always there throughout my divorce process. She is very understanding, easy to talk with and is a multi tasker in and out of court. I recommend all military,contractor personnel and anyone requiring legal representation to hire her. She is very honest, trustworthy and very straight forward. In unvarnished truth she will tell you exactly where you stand and what direction you should go. She protected me the entire time while defending for the best outcome also. Mrs. Cruse is well respected in the law business and the community and has earned her respect following the values of her faith and commitment to her vocation. Mrs. Cruse efforts and expertise has changed my life and put me back on the right track after going through a rough divorce. I rate Mrs. Cruse's firm as the best in Warner Robins Georgia. Trust me you will be more than pleased. Last of all, she is intelligent fighter in the courtroom for you. Mrs, Cruse, thank you for all. God bless you and your team!
This review is from a person who hired this attorney.
Hired attorney

Passionate, she is about results. Very easy to talk to.
This review is from a potential client who consulted with this attorney.
Consulted attorney

Professional, Compassionate and Fully Capable; blessed to have Christine as my attorney!

As a father seeking primary custody of his children via an unexpected divorce, the whole process was quite intimidating to say the least. This is where Christine came in. She was so much more than an attorney serving as a counselor and a confidant while also providing sound legal advice in regards to every possible scenario. Mrs. Cruse displayed professionalism and expert ability/skill both in and out of the courtroom. Ultimately, Mrs. Cruse successfully argued custody in my favor not once but twice. In due course, Mrs. Cruse did so much more than provide legal counsel to fight for custody; she assisted in restoring my faith in humanity. I know that this is written from a male’s perspective but I can also say from personal family experience that Mrs. Cruse supports her female clients in the same manner. THANK YOU CHRISTINE M. CRUSE!!!

Christine M. Cruse is the Lawyer you want on your side!

Christine M. Cruse was the 3rd lawyer I used in my case and I wish I went to her in the first place. There are many lawyer in the Middle Georgia area but they are all not equal. Christine M. Cruse is by far the best and easiest to work with. Her and her staff will keep you informed on your case and provide you with expert advice.

I used Christine Cruse to handle the adoption of my step daughter. She was very professional in handling my case. She and her staff kept me very informed on the status of my case. A process that I thought was going to take several months was done in just over a months time. I will continue to use Christine Cruse for all my legal needs in the future.

I have used Christine for her legal services in the past. Since that time, I have referred clients to Christine because of her dedication to excellence. Christine is a lawyer, community leader and an advocate for justice based on what is in the best interest of the client. I would recommend her to anyone!!!!!

Ms Cruse was my lawyer during a very long custody battle, and she was well worth every penny that I paid. She answered any question in a timely manner, She kept me very well informed on everything. She was great in the court room. She is professional but she is also very down to earth and easy to converse with.

Christine Cruse Law Firm was recommended to me by a former teacher on mine and it was the best choice I ever made considering my case. Her office staff is very professional and respond to you in a timey manner, whether its during work hours or afterwards they are always available. The relationship Ms Cruse establish with her clients is amicable. She is definitely one of a kind and does her job very well. She does what is best for her clients. She listens to your ideas and thoughts and makes sure you are provided with the best service possible. Compared to other attorneys I have seen in action, she is nothing like them. Ms Cruse is definitely here to make sure you are pleased with the service provided. I would recommend her service to anyone.
See all reviews

I endorse this lawyer. Christine is a competent and diligent adversary. She practices with respect for the Court and opposing counsel.

I endorse Christine Cruse. She is a tireless advocate for her clients and has been a tremendous mentor to me. She is well-known and respected in the legal community, and I would have no qualms about referring her clients.

I endorse this lawyer. Christine Cruse is a highly skilled attorney, valued by her clients and well respected in the legal community. She is hard-working, knowledgeable, and extremely proficient in her practice areas. I have recommended her without hesitation and will continue to do so.

I endorse this lawyer. She is very knowledgeable in her field of practice. She has assisted me with various cases. She is dedicated to her cases and clients. I would highly recommend her and have done so in the past.

Cheveda McCamy, Divorce and separation Attorney on Oct 22, 2012
Relationship: Worked together on matter

I endorse this lawyer. Christine Cruse is a truly exceptional attorney. She is a prepared, proficient and powerful advocate for her clients.