She began her legal career as an Assistant Attorney General in the Office of the Attorney General for the District of Columbia where she worked solely on cases involving individuals diagnosed with severe and persistent mental illness, developmental disabilities, or both. She then became an Assistant Solicitor for the Solicitor General of the City of Atlanta where she prosecuted city ordinance violations and traffic offenses. Dana then served as an Assistant Solicitor and Deputy Chief Solicitor-General in the Gwinnett County Solicitor’s Office from 2012-2018 where she prosecuted a range of crimes including domestic violence, possession of marijuana, theft charges, DUI, misdemeanor sex offenses, and other misdemeanors.  While in the Gwinnett County Solicitor's Office, she served as the founding and lead prosecutor for the Gwinnett County Veterans’ Intervention Program (now the State Court Veteran's Court) and served as a prosecutor for both the Gwinnett County DUI Court and Gwinnett County Mental Health Pre-Trial Diversion Program.  Dana now serves as a defense attorney for State Court Veteran's Court.

Dana joined the law firm of Crawford & Boyle in 2019 focusing her practice on criminal defense and domestic relations cases. She is involved in the community having served as a member of the State Bar of Georgia’s Disciplinary Panel; serving as President of the Gwinnett County Public Schools Law, Public Service, and Education Advisory Board; is involved with the Gwinnett County STRAP Program; and is a 2019 graduate of Leadership Gwinnett.  She has appeared on CourtTV as a contributor multiple times discussing various criminal cases across the United States. 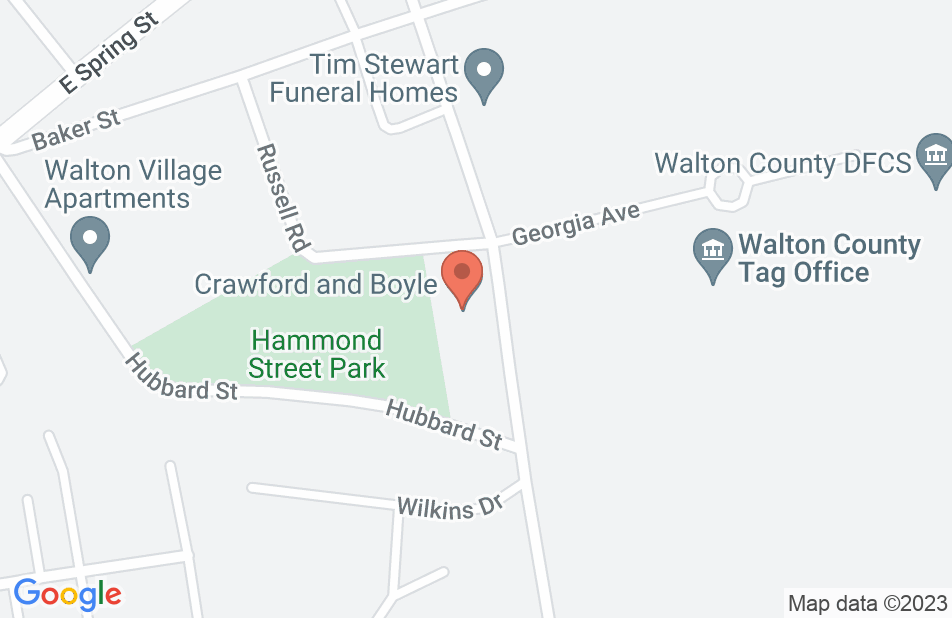 My son was 5 months away from entering the military when he was charged with a misdemeanor. This charge would have eliminated any chance of a military career. He needed a lawyer that would make sure this did not happen. Dana was that lawyer! My son already had an assigned leave date so she only had a small window of time to work out a resolution and then with Covid everything kept getting delayed. Dana kept us updated through the whole process and she was in constant contact with the appropriate people. On the final day of his deadline she contacted him and asked if he had his bags packed for the military because he was going. So many emotions for the both of us but the biggest was relief. I couldn't thank Dana enough for all her hard work and what she did for my son. Her office staff also. I highly recommend Dana.
This review is from a person who hired this attorney.
Hired attorney

She was so amazing! The first time I spoke with Ms. Pagan she was very professional but also very understanding. She did not try to sale me on anything she was honest and allowed me time to consider all the facts. I could tell she wants what is in her clients best interest and I appreciate her for being my voice .
This review is from a person who hired this attorney.
Hired attorney

Falsely arrested for dui drugs. Dana fought to get the charges dismissed. She went Above and beyond to ensure charges were dismissed.
This review is from a person who hired this attorney.
Hired attorney

I consulted with Mrs. Pagan about my case she was honest, upfront and quoted me a fair price. Her law firm charged me less than most other quotes I got and the outcome was nothing short of amazing. I had a domestic battery charge and thought my professional career was done and my life was going to change in a very negative way. Mrs. Pagan was able to negotiate a pretrial diversion and the charges against me will be dismissed upon my compliance with a few simple court requirements. I highly recommend Mrs. Pagan to anyone seeking the BEST representation at a reasonable price. It's hard to put a price on keeping a criminal record off background checks. Thank you
This review is from a person who hired this attorney.
Hired attorney

Dana is amazing she stands tall for you especially when you need her most she’s an amazing attorney and she had help me out greatly I appreciate everything she’s done for me I could not imagine of a better attorney then Dana
This review is from a person who hired this attorney.
Hired attorney

Dana got me a result that was much better than I expected. She was very responsive to every question. I would highly recommend her to anyone. The staff at C&B were also there when I needed something and were very supportive In a very dark time in my life.
This review is from a person who hired this attorney.
Hired attorney

I had contacted several lawyers that were closer to my residence and I felt like each lawyer was either in a rush to get off of the phone and/or attempting to convince me that I needed them as a lawyer. Many of them stated that without having a lawyer I would face a lot of consequences, including a suspended license. Ms. Pagan was so kind and empathetic when I told her how afraid I was about the possibility of losing my license. She advised me that to the best of her knowledge she has never seen anyone throughout her entire career lose their license over the citation I received. She did not attempt to convince me I needed a lawyer and I asked her if I could hire her. She did not rush me off the phone and talked to me for close to an hour. When I inquired about the cost of hiring her I was very surprised to find out how affordable her fees were, especially because of her extensive experience practicing law and for how well respected she is our community. She has worked diligently, compassionately, and has been very thorough with my case. I work as a mental health therapist and many of my clients have legal difficulties. I am very careful about who I refer my clients to and I would 100% recommend her to any of them and to anyone else who is seeking a lawyer!
This review is from a person who hired this attorney.
Hired attorney

Dana is a forceful advocate for her clients. She goes toe to toe with opposing counsel to ensure that her client’s rights and interests are protected. Any civil or criminal litigant would be lucky to have Dana fighting for them!

Dana is an exceptional lawyer. As a former prosecutor she is a highly skilled litigator in the courtroom and is a very effective negotiator. Dana's experience and knowledge of the law make her one of the best criminal defense attorneys around.