William Brent Ney is a founding member of Ney Hoffecker Peacock & Hayle.  Hehas been practicing law since 1999. William’s practice focuses primarily on representing clients in professional liability claims involving attorneys, accountants, architects, and other non-medical professionals; business, commercial, and contract litigation and appeals; family and domestic law matters;  and probate litigation.  Mr. Ney also provides corporate representation and advises on business transactions.  William has extensive trial and appellate experience in both state and federal court. He also regularly conducts arbitrations and mediations on behalf of the firm’s clients. Prior to forming Ney Hoffecker Peacock & Hayle, William engaged in private practice since 1999 in both Ohio and Georgia. He received his undergraduate degree from the Ohio State University and attended law school at Emory School of Law.  He is licensed in both Georgia and Ohio and have handled matters thoughout the Southeast and across the country.  He has been recognized by my peers as a "SuperLawyer" on multiple occassions, which is an honor bestowed on the top two percent of practicing attorneys.  His entire career has been spent in private practice and has tried numerous cases to verdict. 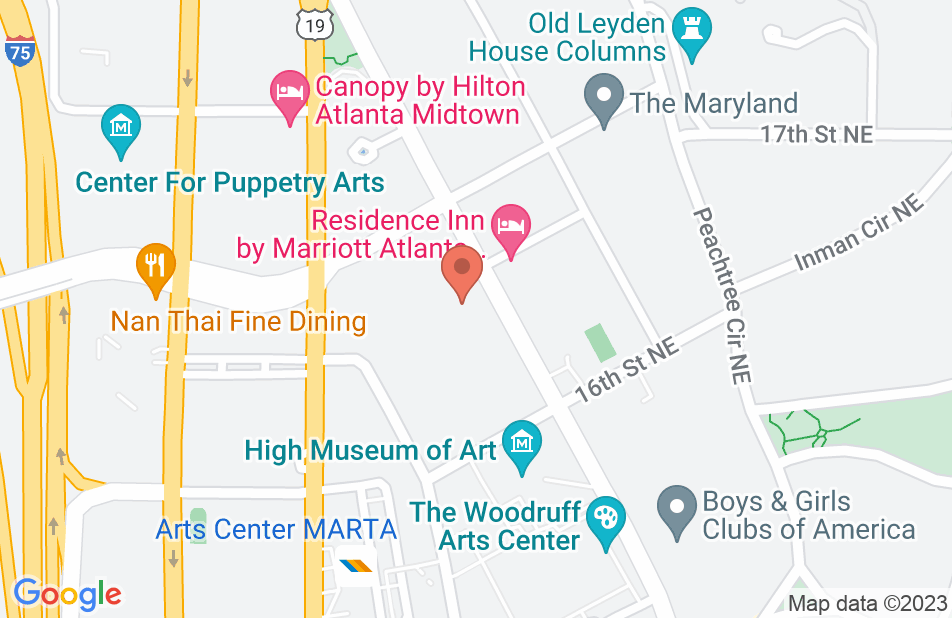 I was sued by a former associate who filed a complaint containing numerous false claims. Attorney Ney handled the case with authority. As a result, my case was dismissed in 30 days. His strategy was excellent and he was always responsive my questions via email. His support staff is excellent and everything was handled efficiently. I highly recommend Attorney Ney and the Ney Hoffecker Peacock & Hayle Law Firm.
This review is from a person who hired this attorney.
Hired attorney

William Ney is Worth It

I think a lot of people wonder if it's "worth it" to take the time and spend the money to consult an attorney regarding relatively small civil claims. I can say from personal experience that William Ney makes the consultation process both convenient and useful. After speaking with Mr. Ney, I felt he throughly understood the details of my situation, and could therefore explain realistic options for the various ways to proceed. In addition to informing me about my legal options, Mr. Ney went the extra mile and further explained the logistical process and possible outcomes of each legal option, allowing me to confidently move forward with what to do and how to do it. I really benefited from Mr. Ney's legal advice and his participation in the Avvo phone-consultation program and I would highly recommend calling him for any business related litigation concerns or questions. Thank you,Mr.Ney, for your help and consideration.
This review is from a person who hired this attorney.
Hired attorney

I retained William in October 2013 , to handle my Legal Malpractice claim, he gave me and my matter his full and undivided attention throughout the process. William was always courteous, responsive, and very knowledgeable about the area he practices. I would recommend this Attorney to anyone in need of a Legal Malpractice Attorney

My case, it did not involve a lot of money; but the lawyer defended it as if it were. It's not just money is doing things right
This review is from a person who hired this attorney.
Hired attorney

Hired for malpractice and divorce hearing in which I had already paid my ex husband $50,000 more than the Judge ordered. Hired this attorney for the legal malpractice from the first attorneys admitted mistakes under oath. He assured he could fix the mistakes and win the legal malpractice In a 30 minute hearing, my ex committed more perjuries stating while under oath that I had won a million 500,000 dollar litigation which was total fabrication. I have been divorced for almost 4 years yet I ended up leaving this hearing paying $15,000 more and being arrested for more money I didn’t owe. I had the cashiers checks where I had paid my ex and proof he had gotten his personal belongings from the first attorney yet my ex testified he hasn’t been paid and hasn’t gotten items with witnesses ready to testify on the perjuries in the courtroom not called and documents showing the money had been paid on the table, this attorney calls no witnesses and didn’t show not one of the cashiers checks proving the money had already been paid and my ex husband had just paid cash for real estate a few days before Obviously my ex knew the outcome of the hearing before walking in the door I couldn’t even get him to find out how my 14 year old ended up on probation, my fears of his upbringing becoming a reality. My sons therapist told me the longer he stayed in the home of the abuser my son could take on that role, the role of the abuser. My exes attorney even asked could my ex sell my 14 year olds birthday and Christmas gifts after my ex got payment of 172,000 due to perjuries he committed when I could have settled the divorce at finalization for $20,000. I only had $17,000 that day, my mother was on her deathbed or she would have been in court and given me the $3000 needed. After the hearing with this attorney I had to pay my ex $15,000 more. $172,000 to date for someone on disability with advanced stage 3C cancer and no rebuttal. Then he sent me an email he wasn’t continuing the malpractice he had been paid in full to do. My ex husbands attorney had to have embarrassed him immensely. I know I was embarrassed. A private Christian school mom who’s ex committed perjury goes to jail for no reason and paid even more money not owed. The reason I hired him was to fix it not make it worse. Don’t waste your money! This all happened in the Northeastern District in the state of Georgia, and we had already warned this attorney & he had supposedly read transcripts-The perjuries committed Ex stated he bought a business my grandma purchased for me and I had check images in front of me to prove my grandma bought it That I had 67000 in a safe deposit box and we had just filed bankruptcy (My ex husbands lover burglarized my home and killed my animals ) My ex testified he put $40,000 down on my home and the mortgage holder was present in the courtroom to testify it was a lie and he wasn’t called to testify Then even more perjuries were committed during this hearing and again just like the first attorney no rebuttal. The talk of the town, how did this happen again, 13 burglaries all on ADT camera - due to the exes girlfriend getting away with it the first time, it will never end. I lost my home due to the perjuries and attorneys errors I think it’s time for some publicity especially after seeing what they did to my mothers home and mine The ex got my life insurance my mom left me within days of it being deposited into my account. That’s 2 inheritances he’s received due to perjuries If I had that kind of money wouldn’t I have paid the $20,000 at finalization? Imagine the stress this has put on my friends that have came to the rescue knowing I’m the last person that deserves this. I adopted my son, had him in private Christian school until my ex abducted him and was located in another state and ordered to return to Ga
This review is from a person who hired this attorney.
Hired attorney

Nasty, rude, obnoxious, steals your money and ignores you

Don't be misled upon meeting Ney who presents himself as somewhat of a gentlemen who is patient and understands your issues. He presses hard for money and large amounts of it before doing any work and then does not deliver. After months of frustration and finally asking when my case would be resolved, he was rude, confrontational and obnoxious. Throughout it all, he still never got the work done and would not answer my questions. Whether he is a good attorney or not, I do not know since I've never seen him actually work. His treatment is horrible. It doesn't matter if you have a Mercedes in your driveway if it won't run. Bottom line, run fast and fine another attorney before your time and money are taken from you with no result.
This review is from a person who hired this attorney.
Hired attorney

I consulted with Mr. Ney on a professional liability case. He initially felt strong about the case, but after meeting with him in his office, he said he wanted to speak with the other attorney involved. To date, that conversation has not taken place. The other attorney reached out to Mr. Ney. I've left voicemails for Mr. Ney and the last email communication was a request to simply email his opinion to the other attorney. He has yet to do so. Mr. Ney appears to be very nice and he's probably a decent attorney, however I'm a bit concerned with his ability to follow up and follow through. Oftentimes, your most guided trust in the judicial system is the attorney. Once that trust is frayed, it can impact the outcome of your case. At the very least follow-up and follow-through so potential clients can trust you!!
This review is from a potential client who consulted with this attorney.
Consulted attorney

William has an extensive background in litigation and has been an invaluable resource to me personally. His organization, attention to detail and knowledge of the law are apparent in every aspect of his practice.

I endorse this lawyer. William is an excellent attorney who litigates cases in a cost efficient and ethical manner. William's professionalism has earned him the trust and respect of opposing counsel as well as trial judges, which is a tremendous benefit to clients that few other attorneys can bring to the table.