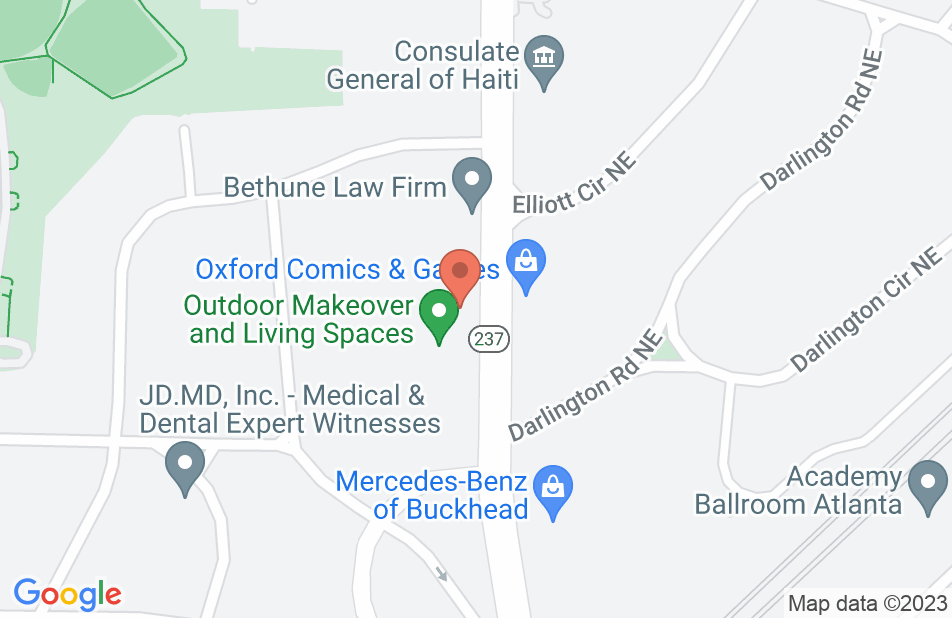 Dave was more than extraordinary with my case, he went beyond the max to give me exceedingly service til the end of my case! I recommend him to the highest achievement to get what a Client deserves.
This review is from a person who hired this attorney.
Hired attorney

David Thompson is the best he get you what you deserve I am much please and very much satisfiedI hire him all the way from Atlanta Georgia.
This review is from a person who hired this attorney.
Hired attorney

Mr.Thompson was very honest and straight forward about my claim,kept me informed through out the whole processwhich I appreciated.He was very professional,kind and seemed to understand the situation I was going through as a person. Thank you,
This review is from a person who hired this attorney.
Hired attorney

At 8 months pregnant, I slipped and fell on the job. I landed on my backside and immediately started bleeding. I was rushed to the hospital and soon discovered that -- thank heaven -- the baby and I were both fine, with the exception of having endured a partial placenta abruption. Hospital bills mounted, and my employer claimed no responsibility. A friend recommended I hire Dave Thompson to represent me in my worker's compensation case, and I simply could not be happier with my experience with him as my lawyer. He fought for me diligently throughout the process, and he was always available when I had questions or needed consultation. Long story short, I didn't pay a single cent toward the hospital bills. Dave saw to it that the employer covered every penny charged to me. If you need somebody to fight similarly for you, here is your guy.
This review is from a person who hired this attorney.
Hired attorney

The Best Attorney I have ever worked with!!!

I would definitely recommend Mr. Thompson for your case becasue I am 100% happy with his service. My worker COMP was first referred to a few other attorneys. Since my case was minor, those attorneys didn't take my case either because they thought there was no chance to win or they wouldn't make enough money to cover their effort out of such a minor case. Fortunately my case was eventually referred to Mr. Thompson who was specialized in this type of cases. The moment my case was referred to him, he took my case without any hesitation and started working on it immediately. Even my case was minor, Mr. Thompson handled my case with high attention and kept every step on schedule. He was very consistent, persistent, detailed, very knowledgeable, and highly professional. He kept me informed of each step, and was absolutely responsive whenever I have questions. With the Power attorney I granted him, I have minimum work to do and he shaded all the pressure from other side for me. I was able to maintain my routine work and life and didn't really have much concern while working with him. My case reached to a happy ending after 9 months of his hard work. While I am writing this review, the check I received from this case is laying on my table. -:) The key as a client in worker COMP case is being patient. Since there are lots of negotiation with other side and some of elements are out of our control. We need to give it time for both sides to negotiate and for our attorney to do his research and reach to the maximum benefits. I am very happy with Mr. Thompson's work. I have worked with 3 attorneys so far. He is the most trustworthy attorney I have ever worked with. I would definitely recommend him to anyone I know. Thank you, Mr. Thompson! I highly appreciate your help!

Mr. Thompson is a true Blessing !

Mr. Thompson is a great Lawyer I would recommend him. Mr. Thompson was very straight forward to the point. He explained to me from the beginning what to expect about the case. What I liked about Mr. Thompson he was very knowledgeable and informative. Mr. Thompson cared about you and didn't have that I'm your lawyer type of attitude. When it came down to making decisions Mr. Thompson would explain the situation to you and let you decide. I thought I was at a dead end with this case until I spoke to Mr. Thompson. We won my case and for that I'm so grateful to Mr. Thompson. Thank you so much Mr. Thompson for everything, We need more People like you in this world.

I would recommend Mr. David Thompson

Mr Thompson was my attorney against a very large corporation. I was not receiving medical attention in a timely mannner. Mr. Thompson got me a very nice settlement in a very short time. I would recommend Mr. Thompson because he is truthful very knowledgeable and gets great results.

David was quick to call or text me back when ever I had a question or just needed to know that someone was looking out for my best interest. He would call, text me back every time I needed him too. I had no trust in lawyers at the time that David was hired due to a lawyer that did not do his job properly. I hired David and put him thru alot trying to see if the reason he was representing me was what was in my best interest or just because of the contract, between him and me. He went thru all that never giving a cross word to me. When it was time for him to get in front of the Judges, He did every thing that he could to represent me to the best of his knowledge and skills which is a great deal. If you want a lawyer that will do his best to represent you than Hire David I promise you that he will do everything he can do to help you get thru your case. Thank You David for being the Great Lawyer you are. David was against the odds in this case, He was against the odds, but still put everything he had into it. Two lawyers that I had before I hired David blew this case, that had 30 years in practicting law. He basically had to do the clean up on this case and only had three weeks to get it done. Their was several depositions and medical records he had to go thru, with limited time David got thru them, and was ready to face the judges when it was time for court. How he did it, I have no idea. But I have never seen a more prepared Lawyer. He was ask a question, he was able to answer them back with no problem. The other lawyer for the company was ask a question he could not responed with an answer, and looked shocked that he was ask anything. He basically was not prepared David was tand went that extra mile for me, his client.The other company lawyer was a stand for the company lawyer being on medical leave. But he was not prepared!! David was in three weeks time. The other lawyer had just as much time to prepare as David did. David would do that for any client that he is to help get thru their cases. I can't say enough good things about him. You want someone that will be their for both you and your case hire David.

Dave assisted me with a small personal legal matter, but still treated my case with his full attention. He was readily available when I had questions and was easy to contact when I needed to schedule appointments. During our meeting, he conducted himself professionally, but he also put me at ease with his congenial manner and use of language I could understand instead of "legalese." We had my situation figured out in a matter of 2 hours and I couldn't be happier with the results.

Consultation about a motor vehicle accident

I was in a motor vehicle accident where I was rear ended by a pick up truck. I consulted with Mr, Thompson on October 18, 2018 when he advised me that he was reluctant to take my case when he had some free time but I could drop my case papers at his office but he gave me no time frame when he would review my case,
This review is from a potential client who consulted with this attorney.
Consulted attorney
David Thompson's response: I always try to give my clients the attention they deserve, and given that I had several other pressing matters at the time, I let him know my concerns and that I could take a look at the file when I had adequate time to make a well thought out determination on if this was a matter was something where I could receive a positive outcome. I am sorry you were disappointed in the time frame, and I wish you nothing but the best for you and your case. I'm happy to answer any questions via telephone call.

David is a committed and experienced workers compensation attorney. He fights to give his clients the representation they deserve. I highly recommend him.

I've know David as a lawyer and a friend for over a decade. He is an excellent attorney who will work hard to protect his client's rights and obtain the best possible award. He is my goto guy for Workers Comp referrals. I highly endorse him.

I strongly recommend Dave. He is an excellent attorney. Without question, I can say Dave gets the very best results for his clients and never settles for second. I am always happy to entrust my clients to him for workers compensation cases.

David is a terrific workers' compensation attorney that works hard for his clients. I endorse him without hesitation.

David is a great attorney. He goes above and beyond for his clients. I routinely refer clients to him and they love him.

Dave is a fantastic workers comp attorney. We have had the occasion to work together on several cases. He treats his clients like family and works incredibly hard to achieve the best result possible. I highly recommend him.

David gets great results for his clients. If you have been injured at work, I highly recommend him.

I endorse David Thompson for workers' compensation. David spent several years representing insurance companies so he understands the ins and outs of their thinking. This provides a huge advantage over most other attorneys who practice workers' compensation. He is an excellent and energetic young attorney who will do a great job for you.