Wesley is an experienced trial lawyer and former prosecutor who began his career in 1999 as a police officer rising to the rank of special investigations detective.  After graduating from Georgia State University School of Law, he worked as a prosecutor handling thousands of cases involving traffic citations and drunk driving.  Many of these cases involved car and truck accidents.  Now, Wesley uses his unique experience to represent accident and injury victims in the areas of personal injury, car & truck collisions, workers’ compensation, and criminal law.
Wesley began his career in 1999 when he went to work for the Powder Springs Police Department in Cobb County after graduating in the top of his class from the police academy.  While working as a police officer, Wesley attended Mercer University and graduated summa cum laude, earning a 4.0 GPA and a double major in both Criminal Justice and Computer Information Systems.
From there, Wesley continued his career in law enforcement working with Douglasville Police Department in Douglas County, Georgia, where he was promoted to Detective assigned to the Special Investigations Division.  Wesley handled investigations into serious criminal activity including narcotics trafficking, racketeering, financial crimes, and other complex investigative matters.
While working as a detective, Wesley attended law school and earned his Juris Doctorate from Georgia State University graduating in the top of his class.  After law school, Wesley began working for the Douglas County State Court Prosecutor’s Office where he served the citizens of Douglas County prosecuting a variety of crimes and earning a reputation as a respected trial lawyer with an impressive trial record.  Wesley has devoted his entire career to seeking justice and advocating for the victims of crimes.
Wesley entered private practice joining The Law Office of Jack Clay where he continues his fight for justice.  Wesley and Jack represent victims of negligence and serious injury accidents both on the road and on the job.  Wesley is a proud member of the Georgia Trial Lawyers Association and is licensed to practice law before the Georgia Supreme Court as well as the Georgia Court of Appeals.
“There is no greater an honor than to be the voice for those who would not otherwise have one, be they a victim of a crime or an injured person seeking compensation.” 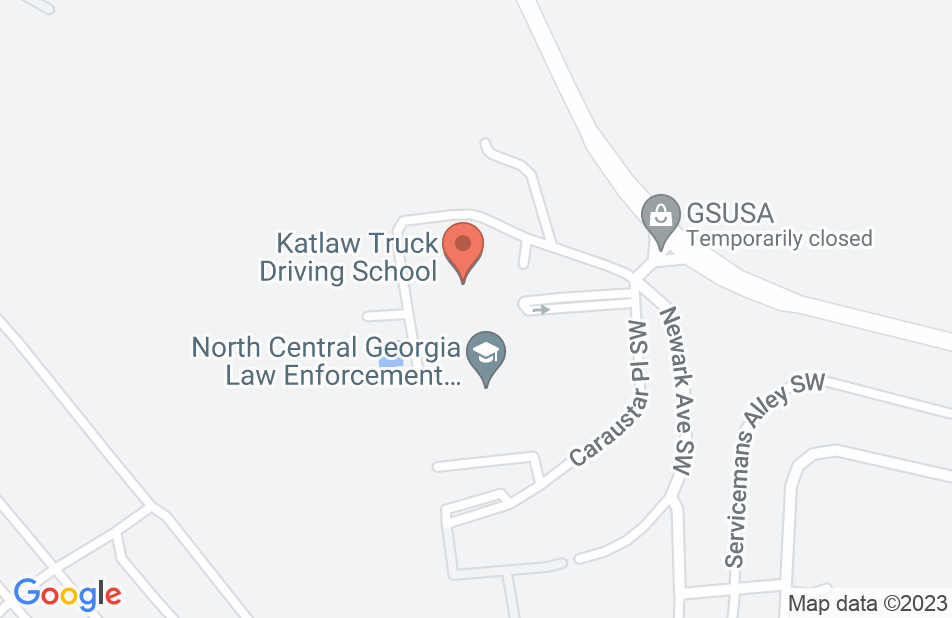 On May 18, 2017 I was involved in a major motor vehicle accident. I was driving on a busy four lane highway when I was t-boned by another driver that failed to yield while turning left out of a liquor store parking lot. The force of the impact caused my vehicle to spin out of control and strike a concrete curb. My vehicle went airborne and rolled sideways and almost rolled completely over. As a result of the accident, I suffered multiple spinal fractures and other serious injuries. I spent several days in the hospital and had to have surgery on my back. I knew that I needed a good lawyer and I hired Wesley Starrett with Clay & Starrett, LLC to represent me. I am so glad that I did. Not only did Wesley recover the full policy limits that were available, he also assisted me by getting some very high medical liens resolved. This was a very difficult time for me both physically and emotionally. My attorneys treated like so much more than just another case. It was obvious that they genuinely cared. I was able to focus on my lengthy recovery and let my attorneys handle the rest. I am very happy with the result that I was able to obtain. If you are someone you love is ever seriously hurt, I recommend hiring Wesley Starrett and his firm Clay & Starrett, LLC. They care about their clients and will help them get the best possible result.
This review is from a person who hired this attorney.
Hired attorney

I hired Wesley and Jack to help me with a motor vehicle accident case. They did a great job. I couldn't have done this on my own. I was referred to Clay & Starrett by a friend of mine. I was able to settle my case outside of court and I am pleased with the results. I strongly recommend Clay & Starrett if you are in need of good attorneys.
This review is from a person who hired this attorney.
Hired attorney

Clay & Starrett took over my case after I had met with two other attorneys who ended up referring my case to them for trial. After a lawsuit was filed, Wesley and Jack settled my case for almost three times what the prior settlement offer was. I highly recommend their services for anyone needing a personal injury lawyer.
This review is from a person who hired this attorney.
Hired attorney

When I was wrongfully accused of a DUI offense by a City of Douglasville Police Officer. I hired attorney Wesley Starrett and he was able to get the charges dismissed at my first court appearance. I strongly recommend hiring Wesley Starrett for any of your legal needs.
This review is from a person who hired this attorney.
Hired attorney

I hired Wesley Starrett to represent me in my workers compensation case that had been going on for 2 years. Wesley was able to get my case on the court hearing calendar very quickly and it ultimately resulted in a very good settlement. I highly recommend him for any injury case.
This review is from a person who hired this attorney.
Hired attorney

I hired Wesley and Jack after other attorneys tried to help me but were unable to get my case resolved. They immediately filed on my behalf and requested a jury trial. The case settled out of court and was successfully resolved. I highly recommend them.
This review is from a person who hired this attorney.
Hired attorney

Mr. Wesley Starrett was very good handling my personal injury case. He always kept me informed of any progress in the case. He was very easy to talk to and the results were satisfactory.

Wesley works hard and is very dedicated in representing clients.

I have known Wes for a long time, which includes working him in his former profession as a law enforcement officer. Wes has carried his public service experience over to his practice of law. Wes is also one of those lawyers that is not only intelligent, but also carries a lot of common sense that is seldom seen in today's courtrooms. If I needed a personal injury attorney for myself or a family member, I would hire Wes Starrett to help me.

Mr. Starrett is a superb lawyer and strong litigator. I endorse Mr. Starrett because he is dedicated to his clients and able to achieve superior results.

I highly endorse Wes Starrett. He is a very experienced and knowledgeable attorney that consistently gets strong results for his clients. I wouldn't hesitate to hire Wes as my attorney.

He is an excellent attorney!

Wesley started out earning his stripes as a prosecutor. He was a level headed attorney that wasn't afraid to take his case to trial, but would also be reasonable. His wide range of experience in and out of the courtroom makes him highly suited to personal injury cases now. I highly recommend him.

There is a remarkably small percentage of lawyers who excel in the courtroom. After being in the trenches with Wes, I can say without reservation that he's the real deal. I got to know Wes while he was prosecutor and made the wise decision to bring him on board when he went into private practice. During Wes' first month working with me, we tried a very serious case for a week. He shined brightly throughout the trial. In fact, the top insurance defense attorney we were against said repeatedly how impressed with Wes he had become. I'm proud to call Wes a friend and somebody I fight with day in and day out.

I strongly endorse and recommend Wes Starrett. I have known Wes for many years and have always found him to be completely prepared and zealous in his work. Also, his background in law enforcement and in prosecution give him an added advantage now in defense work.

Wes is one of the few lawyers that actually cares about making sure an injured person is properly taken care of and protected. He is diligent, hard working and a great communicator. If I was injured by a careless driver or company I would hire Wes to help me out.

I endorse this lawyer. Mr. Starrett is conscientious, bright, and a zealous advocate.

Wesley is a fierce advocate for his clients. As a former prosecutor he is a skilled trial attorney who is not afraid to litigate his cases in court. I highly recommend Wesley.

I worked on a few cases with Mr. Starrett as opposing counsel when he was a solicitor in Douglas County. He was extremely fair and knowledgeable. His experience in prosecution, alongside his history as a detective, is likely to make him knowledgeable about police practices and more able to negotiate with police officers and prosecutors. I have not personally seen Mr. Starrett's work on the defense side of the bar, but I think it is likely that he will prove to be diligent and effective.

Wesley is a talented trial lawyer that is passionate about his clients. He is dedicated to pursuing justice in each and every case. You cannot go wrong with him as your lawyer!

Wes Starrett is a gifted and natural litigator. I tried a case against Wes (and lost) because he came to court prepared and ready to fight and never gave up. Wes is well connected in his community and respected by the Judiciary. Anyone who hires mr. Starrett will get a smart, rock-solid, hard-working lawyer.

I've known Mr. Starrett since law school and he was always sharp, knowledgable, and could get to the heart of any issue. I recommend and endorse him.

I strongly endorse this lawyer. I have known Wesley for a number of years, primarily as a prosecutor. Like most good prosecutors, they have the ability to easily transition into private practice with instant success. I would not hesitate to recommend Wesley to anyone needing a lawyer in the west Georgia area. He is highly competent, respected by his peers and local judges, and is diligent in his duties.

Robert is not only an excellent attorney, he is a very caring person. He will handle your case as if you were a member of his family. His vast and varied experiences prior to becoming an attorney serve him will in advocating for the individuals he represents, individuals who are often facing the most troubling times of their lives. If I am ever injured he will be my first call!

I have known Mr. Starrett for almost 5 years and I am able to personally vouch for his skills, integrity, and passion for the law. Me. Starrett is an outstanding advocate and a consummate professional.