Our firm was established in 2013 by Rob Teilhet to give a voice to those Georgians who otherwise may never be heard.

We are trial lawyers focusing on working primarily for the benefit of those who have been injured at work or harmed by the negligence or intentional misconduct of another.  We also accept other types of cases on a select basis.

Prior to establishing the firm, Rob spent more than eight years representing corporations and insurance companies in courts across the State of Georgia.

Rob represented Smyrna and Marietta in the Georgia House of Representatives for four terms following his election in 2002 at the age of 28. In the legislature, he earned the respect of Democrats, Republicans and independents for his hard work, honesty, and integrity and served as Chief Deputy Whip of the House Democratic Caucus.

In his 2010 statewide campaign to become Attorney General, he raised more than $600,000 and earned more than 116,000 votes at just 36 years of age. Following the campaign, he was appointed by Governor Sonny Perdue to be Executive Director of the Georgia Public Defender Standards Council, the state agency charged with ensuring the representation of indigent criminal defendants.

He has been named one of Georgia's Most Influential People by James Magazine, a "Star to Watch" by the National Journal's Hotline, one of Cobb County’s “20 Risings Stars Under 40” and one of The University of Georgia Alumni Association’s  “40 under  40.”  He has received awards for his public work from, among others, Georgia Conservation Voters, the Georgia Water Coalition, the Cobb County Association of Educators, Georgia Family Council, Georgia Psychological Association, and the Georgia Municipal Association.

He is an adjunct Professor at the University of Georgia School of Law and a member of the Marietta First United Methodist Church Council.  He's a member of the Leadership Georgia Class of 2009.

Rob earned both his undergraduate and law degree from the University of Georgia. At the UGA School of Law, Rob was served as President of the Class of 2000. 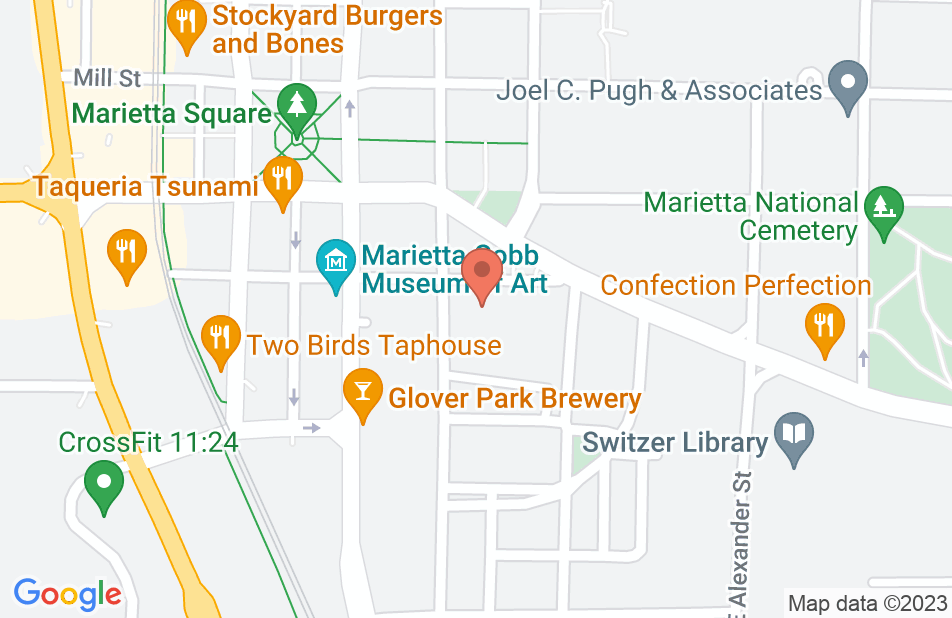 A great lawyer who we will alway recommend to our friends.

Over the last 35 years we have dealt with multiple Lawyers with a variety of different cases. Rob Teilhet is among the best we have ever dealt with. He was excellent at communicating with us which stands out as one of the biggest complaints we have had with other Lawyers we have used. He follows up and does what he says he is going to do. He communicated very clearly what we could expect with our case and spent extra time with us making sure we understood how these cases work. We had an excellent experience with Rob and would use him again without any question.

One of the best.

Rob always kept me up to date with the latest details of my case. I feel that my best interest was always his main goal.

I originally didn't think that I had a case until I came across Rob Teilhet (in the yellow pages) and had an opportunity to sit down and discuss the work related matter/issue that I had with my (now) previous employer. Rob is extremely professional, knowledgeable, honest, and responsive. What impressed me the most is that Rob is also personable, down to earth, and realistic; his care and concern for each individual case is obviously important to him. I had a very difficult and unique Workers Compensation case and he was able to settle my case without having a hearing. I am extremely grateful and blessed to have Rob take on my case, represent me, and to look out for my well being in all aspects of my individual case. I would strongly and highly recommend Rob Teilhet for any individual(s) looking for a Workers Compensation Attorney. I can't thank him enough for his legal representation and protecting me in my case.

I endorse this lawyer for his work in worker's compensation and personal injury law!

I strongly endorse Rob. He is flat out hard working, brilliant and ethical. He is an exceptional attorney and will work tirelessly to get his clients a good result.

Rob is an outstanding advocate for his clients and I recommend him without reservation. His wide range of litigation experience gives him the ability to see the big picture in advising clients, and his extensive legal and political background gives him a great deal of credibility in the courtroom.

Jeffery Monroe, Insurance Attorney on May 21, 2013
Relationship: Worked together on matter

Rob Teilhet has an eye for detail and excels at communicaing why those details are important. He is ardent advocate of his client's interests and works tirelessly on their behalf.

Rob is a fantastic attorney and even better person. I enthusiastically endorse and recommend him.

I endorse Rob without hesitation. I have known Rob since law school, and he truly cares about his clients. Rob could be at a large law firm making a hefty sum representing corporate giants, but he instead chose to be a solo practitioner representing individuals, and not business interests. He has a kind heart, but he also has absolutely no fear in going head to head with the big insurance companies in order to get his clients fair compensation for their injuries.

Rob is truly a great advocate for his clients.