I have administered thousands of breath tests and personally own a DataMaster DMT, the instrument currently being used by South Carolina law enforcement.  I also own the following instruments which have been used in the past: 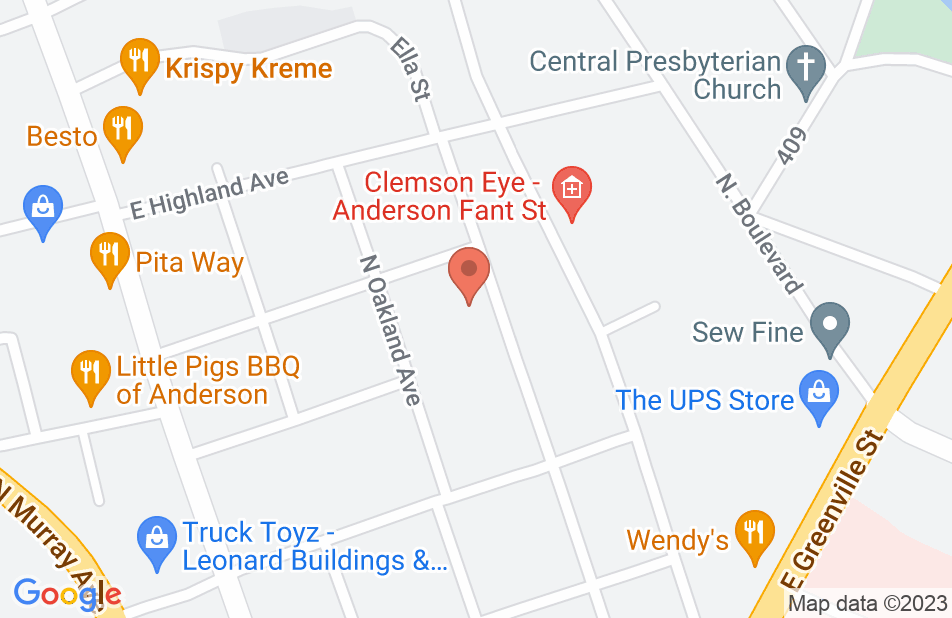 The best in the business!!!

When I first met Ronnie my thoughts were, "Do I know this guy from somewhere?" Because he sure acts as if he knows me, like the next door neighbor. He is up front and knows the law, (had a big hand in writing it). He and his team were outstanding relieving the stress and pain of the process. The final disposition was a not guilty verdict and expungement and reinstatement of my license.
This review is from a person who hired this attorney.
Hired attorney

Mr. Cole is the only attorney to retain if you are ever charged with DUI his extensive knowledge and experience with this type of charge is unequaled, Mr. Cole basically saved my life .
This review is from a person who hired this attorney.
Hired attorney

The most logical place to start is with my utter stupidity and lack of judgment, this was ever apparent when I found myself sitting in a cell charged with DUI and unlawful carry of a firearm. The facts are these: I was pulled over after having a day that needed forgetting. I was in no mood to deal with the police ( only those having a father that is a retired police officer understand this). My demeanor and attitude during the field sobriety tests was embarrassing; I was a jerk. That was probably enough to put me in jail for a night but of course I had been drinking, had a pistol without a concealed weapon permit, and I refused to blow. My asinine performance continued until the point when the cell door shut and I was left to contemplate how in the world I was going to fix this. (Side-note: I had already accepted my dream job in another state, this of course was about to be in the crapper, along with my life.) I got out on a personal recognizance bond and went to get my car. This is where it gets interesting; I had not even began to think of who to hire or how to go about dealing with the legal process when the tow truck driver told me "... if you didn't blow and want to get out of a DUI, then call Ronnie Cole." Of course I took that with a grain of salt and did not believe much of what he said. However, I had to make a move so I called Mr. Cole's later that day and set up a time to go by his office. Mr. Cole is a straight-shooter, he's not a smoke-blowing kind of person. He'll let you know that right away. I could tell that he is a man that has an innate ability to read people within about five minutes of meeting them, and that's the kind of person I wanted on my side. I retained Mr. Cole and his team for my case and it was the best decision I have ever made. I was able to move and take the job while the case played out; I DO NOT have a DUI on my record nor an unlawful carry. Due to Mr. Cole's respect among his peers, I never had to drive back to South Carolina for a court appearance--he had my best interest always in mind. I will forever be indebted to Mr. Cole and his associates. He knows the law and has the experience to back it up.
This review is from a person who hired this attorney.
Hired attorney

RONNIE COLE DID AN EXCELLENT JOB WITH MY CASE. I HAD A DUI CASE, AND IT WAS REDUCED TO WRECKLESS DRIVIN HE DID A FANTASTIC JOB.
This review is from a person who hired this attorney.
Hired attorney

Mr. Cole and his team intervened and provided me with the guidance during a very difficult. They explained every option in detail and the laws pertaining to my case. They were compassionate yet honest and realistic. Mr. Cole and his staff were NEVER too busy to get an answer to my question right then. I was confident that they would represent me as they would represent a family member. I highly without any reservations recommend them.
This review is from a person who hired this attorney.
Hired attorney

Having been charged and convicted of DUI over a decade ago, I was aware of the terrible consequences. I lost my drivers license, had to attend ADSAP and pay huge fines for SR22 insurance and reinstatement fees. When I was charged again I felt completely depressed and hopeless. This is when I decided to call Cole Law Firm. After my initial consultation with Ronnie and his staff, I knew I was doing the right thing. Ronnie Cole does not just know the DUI laws, he helped write them. I never had to attend one day in court and he was able to have my DUI charge completely dismissed. His entire staff was very professional, compassionate and understanding throughout. My only regret is not hiring Cole Law Firm when I was in trouble a decade ago …
This review is from a person who hired this attorney.
Hired attorney

After consulting with another law firm and not feeling comfortable I met with Ronnie and his staff. The law office of Ronnie Cole handled my case with the utmost importance and kept me up to date with the status of my case. I chose to go with Cole not because he made any false promises but because he wrote the laws and made me feel that my case would be a priority.
This review is from a person who hired this attorney.
Hired attorney

The Cole Firm is the best

DUI is something that can change your life in a moment, I knew to call the best and Ronnie Cole is the best attorney you can get for this situation, he made me feel comfortable the minute I talked to him, his staff treats you like family, I would advise anyone with this situation to contact the Cole Law Firm first thing to get the best defense that's possible.
This review is from a person who hired this attorney.
Hired attorney

I am very appreciative of the professionalism of the Cole Law Firm. From the inital visit to the favorable outcome of my case, Cole Law Firm took control of my case and handled it with expertise. I am very grateful for the assistance that Cole Law Firm gave me and highly recommend them to everyone that may need legal help. Thank you Cole Law Firm.

Is the best word to describe Ronnie Cole. After being charged with a DUI the previous day, I nervously approached Ronnie Cole's office with alot of uncertainty of what my future could be. Upon entering I was immediately greeted by Mr. Cole and his fantastic staff. He went over everything in my case, and eased my stress with a friendly casual demeanor, as if we had known each other for years. Over the next few months I had alot of complications with my case that I was confused by, but Ronnie and his team were always quick to respond with any information I needed. A few months after the arrest, I received a call from his office explaining that they were able to get the charges dropped, and I could go get my license back. I am intensely grateful to Ronnie Cole and is staff for all of their hard work, and incredible service.
See all reviews