I am from Winston-Salem, NC, where I attended RJ Reynolds High School. I received a Bachelors of Science from the University of North Carolina at Chapel Hill, and upon completion attended Campbell University where I graduated in 1995. While at Campbell I finished first in my class in trial advocacy as well as two other subjects.I knew early on that my passion was trying cases in the courtroom. I was also drawn to criminal defense because I believe criminal defense lawyers are the guardians of our Constitution and our civil liberties. During law school, I worked at the Appellate Defender’s office where I assisted with death penalty appeals. I have also worked at the Federal Public Defender’s office where I assisted with Federal defense cases. After graduating from law school, I joined the Mecklenburg County Public Defender’s office where I worked for over two years. While there, I gained invaluable courtroom experience that continues to serve me to this day. In June of 1998, I opened my own practice where I focus on all criminal and traffic matters.I give 110% to every client regardless of the type of case. When you hire me, I am the only lawyer you will deal with in my office. I will pay the utmost attention to every detail in your case and answer any and all questions you may have. Rest assured, when you hire me, you will have hired an attorney who will fight for you. 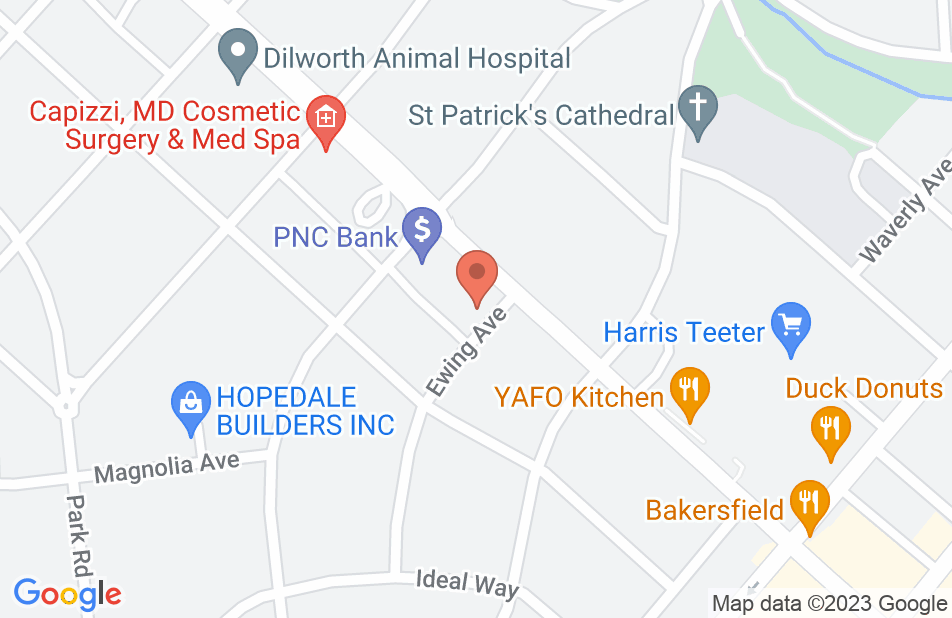 The BEST there is!

I went to Avvo to search for an attorney and Jason Reece was the first attorney I selected. My husband had a felony possession of cocaine charge and a drug paraphernalia charge that was from 2007. Once we hired Jason, he found out that my husband had an additional charge of habitual felon ( which is very serious) and Jason Reece got all charges dismissed in the time frame of two weeks!! Not only is he an excellent attorney, he is professional and most importantly, personable and caring. He truly believes in his clients and he believed in my husband. Finally, his paralegal is so nice, so patient and ALWAYS responded quickly. You will always hear from Jason Reece or his paralegal no matter what! I highly recommend using him if you are in need of a criminal attorney. He was worth every single penny spent and would hire him again if I needed to!
This review is from a person who hired this attorney.
Hired attorney

Honest, Friendly and a confidant

Jason has assisted me in a couple of traffic incidents and I always found him to be most helpful, honest and a true ally when I most needed it. I always appreciated how he handled my case with class and professionalism. I witnessed his hard work and desire to be the best representative for me. He was on my side from day 1 and gave me the very best chance to win my case. I couldn't even think of a better attorney in Charlotte. If you need legal counsel I would strongly recommend Jason Reece.
This review is from a person who hired this attorney.
Hired attorney

My lawyer was GREAT! Jason Reece got my charge dismissed, and he was consistent with keeping me updated. He's affordable and the first time I met him I knew I could trust him. Thank you so much
This review is from a person who hired this attorney.
Hired attorney

We hired Mr. Reece the first time about 10 years ago and again just recently. Both of our cases were handled very professionally by Mr. Reece. He was always upfront, honest and very helpful in explaining our options. He always returned my calls and went the extra mile in assisting our family both times.
This review is from a person who hired this attorney.
Hired attorney

Mr. Reece was absolutely awesome. The process was super fast. Mr. Reece wasted no time getting down to business and I am very satisfied by his work. Everyone in the office was so nice and helpful. Communication was also on point. I highly suggest this Law office to anyone.
This review is from a person who hired this attorney.
Hired attorney

The Best Lawyer in Charlotte Guaranteed

Jason Reese is the best Lawyer in Charlotte for criminal prosecution by far. I had a Breaking and entering and got into a first offenders program thanks to him, then later in life got a DUI and he got that dismissed too, I would not have the job opportunities I have today if it wasn't for this amazing man. He and his staff are kind and caring. He has a lot of experience and a good rapport with the Judges and DA. I would never trust another lawyer to do as good a job as he does.
This review is from a person who hired this attorney.
Hired attorney

I needed a criminal defense attorney asap#.I went online to browse and one of the attorneys that caught my eye was jason reece.I was scared because I pleaded guilty on a shoplifting charge years ago..so I assumed jail time would be next!.I hired attorney reece...note:I never actually seen him but I spoke with him over the phone.he told me not to worry and he would handle it.and that's just what he did...he handled it and I went from a larceny charge to a lesser charge if unlawful concealment.he even saved me fines and court cost!!!! He's a blessed lawyer I would definitely get him again!!!!!! (But hoping I wont)great lawyer!!!
This review is from a person who hired this attorney.
Hired attorney

I had a speeding ticket which the officer made up and I was in the process of loosing my lincese and he saved me from loosing and his team was so helpful I would go back again when I need them
This review is from a person who hired this attorney.
Hired attorney

I was referred to Mr. Reece by a friend who was a previous client. Not only did he give me a better price than any other attorney in town, his staff promptly contacted me as soon as any info was received, they set up a more than reasonable payment plan for me as well, being extremely courteous and kind the entire way. He helped me with two moving violations AND a 1st class misdemeanor. One violation was dropped, the other reduced. The misdemeanor was completely dismissed. Mr. Reece is my attorney for life.
This review is from a person who hired this attorney.
Hired attorney

I had a larceny charge against me dismissed.

I was accused of shoplifting. So, I hired Mr. Reece. His staff was very kind, supportive, and knowledgeable. However, It should be noted that I never actually met Mr. Reece. I guess he felt that he had all the information that he needed from me and this was a straight-forward case. At first, I found this off-putting and I expressed my concern to his staff. However, they assured me that he was very fair and professional, and I would be taken care of. I had to pay a fee of $500. What I received in return was a complete dismissal of all charges. I never even entered a court room. In addition, when I told them that I did not have the money, they were kind enough to allow me to make payments (although the charge was not dismissed until the fee was paid in full). They were even willing to work with me to get the criminal charge expunged from my record. So, in the end, although I never met Mr. Reece, he did do exactly what he promised to do; he had my charge dismissed in a way that was expedient and hassle-free. I would definitely retain him again.
See all reviews

I endorse Jason. He is an experienced and compassionate attorney. He knows what it takes to achieve he best possible outcomes for his clients.

I endorse Mr. Reece. He is a very knowledgable attorney and is well respected in the legal community.