Matthew moved to Iredell County after completing law school at the University of Alabama in 2006.  Prior to law school he attended North Carolina State University.  Since 2006 he has represented clients in a variety of matters, but most of his practice is dedicated to family law, criminal law, personal injury and serving the interests of his business clients, in additiona to serving as the town attorney for Ronda, NC.  He is an experienced litigator and tries several jury cases to verdict each year.

Matthew is respected among his peers as an experienced and effective advocate. He has represented fellow attorneys, judges and prosecutors in  a wide variety of matters: criminal, domestic and family law, civil litigation, probate matters, ethical complaints to the North Carolina State Bar and legal malpractice. Those that work alongside and across from Matthew daily entrust their own legal needs to him when the need arises.

Professionally, Matthew has served as an officer for Judicial District 22A, encompassing Iredell and Alexander Counties. He served as Treasurer in 2012, Vice-President in 2013 and President of 22A in 2014. He also served as chairman of the Iredell County Indigent Defense Committee from 2012 to 2015.

Matthew is originally from Wilkes County, where he was raised on a tobacco and cattle farm. Matthew and his wife and two children now reside in Mooresville, North Carolina.

Matthew spends most of his time outside of work cheering on the Alabama Crimson Tide and NC State Wolfpack. He also enjoys BBQing, and is a member of his Father-in-Law’s competition barbecue team, The Fabulous Faultliners, competing in both the Memphis Barbeque Network and Kansas City Barbecue Society contests. 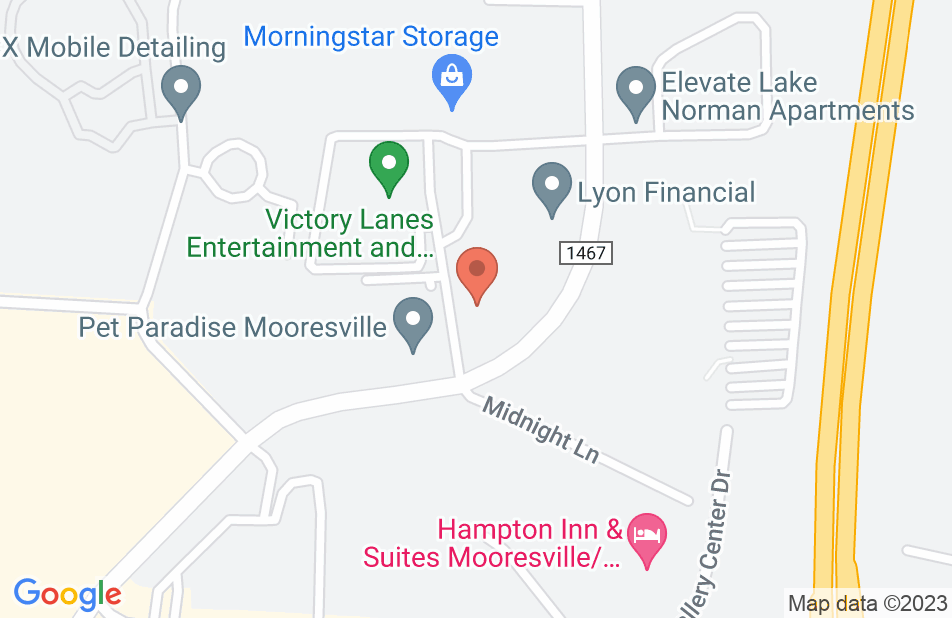 I never want to be inside a courtroom ever again! But if I am for some reason, I want Matthew Benton on my side. Very professional and trustworthy. Words can not express my gratitude for what he did for me.
This review is from a person who hired this attorney.
Hired attorney

I would like to say how much I appreciated the help and expertise that I received from Matt. He was very professional and went above and beyond to help in any way possible with my particular situation. He was very knowledgeable, and I really appreciated that! I highly recommend his services!
This review is from a potential client who consulted with this attorney.
Consulted attorney

My bulldog in sheep attire

Very knowledgeable, direct, professional, level headed, Matt knows the law & how to handle it. He handled my DVO without a hickup. Case was dismissed! Thanks Matt!
This review is from a person who hired this attorney.
Hired attorney

Part of the family

Matthew has been our business' lawyer for my entire career. He is knowledgable, prompt, honest, and informative. He has an expert staff to compliment his professionalism.
This review is from a person who hired this attorney.
Hired attorney

I hired Matthew Benton at a short notice and he accepted my case and I have never been through anything that went so smooth. This lawyer knows the law inside and out and I would recommend Matthew Benton as your first choice in lawyers.. I have some upcoming business and he will be my first choice to handle this matter as well..
This review is from a person who hired this attorney.
Hired attorney

Attorney Matthew Benton was a magnificent lawyer he got me the justice I deserved and even though he was my court-appointed lawyer I would hire him for anything pertaining to law. Professional and personable, just an all around great lawyer.
This review is from a potential client who consulted with this attorney.
Consulted attorney

I was Matthew's first client when he joined his former partner Welborn. He has been my corporate and personal attorney since coming to Statesville. He is a young, hungry and dedicated attorney who will stand by his clients until positive results come forth from you hiring him. He is without any doubt the best attorney Iredell county has to offer alongside his partner Jason Ralston!

I have practiced in the same community with Matthew Benton for many years. I refer many cases to him because I know he will provide excellent advice. His firm works in many areas of the law including: family law, criminal defense, real estate, PI work and business/civil litigation.

Mr. Benton is my go to referral for civil cases. He is competent, caring, and dedicated to achieving the results his clients need. I endorse him highly and without reservation.