If you’re dealing with the stresses that personal injuries can add to your life, then you need a lawyer who will battle with the at-fault party’s insurance company and work tirelessly to get you a fair and timely result so that you can focus on healing.

Stephen has been with Helms Robison Lee & Bennett, PA since 2008 and is a partner of the firm. He received his law degree from the University of South Carolina School of Law in 2008 and became a licensed North Carolina attorney that same year.

In law school, Stephen received the academic CALI Award for Real Property, Administrative Law, and Family Law. Additionally, he was an Articles Editor for the ABA Real Property, Probate, & Trust Journal. Prior to law school, Stephen received his bachelor’s degree with a major in Chemistry in 2003, and his master’s in healthcare administration in 2005, both from the University of South Carolina.

Prior to his licensure, Stephen worked as a summer law clerk for Haynsworth Sinkler and Boyd, P.A. in Greenville, South Carolina, and Womble Carlyle Sandridge & Rice, LLP in Greensboro, North Carolina. He has also worked with the South Carolina Department of Health and Environmental Control, and Yellowstone National Park.

Stephen grew up in Marietta, South Carolina. He met his wife in law school, and they now reside in Waxhaw, North Carolina with their son. Stephen enjoys mountain biking, hiking, camping, and skiing.

Should you choose Stephen to represent your case, he will be by your side from start to finish to help you navigate the legal system and recover the fair compensation you deserve. Call Stephen for a free consultation today at 704.289.4577. 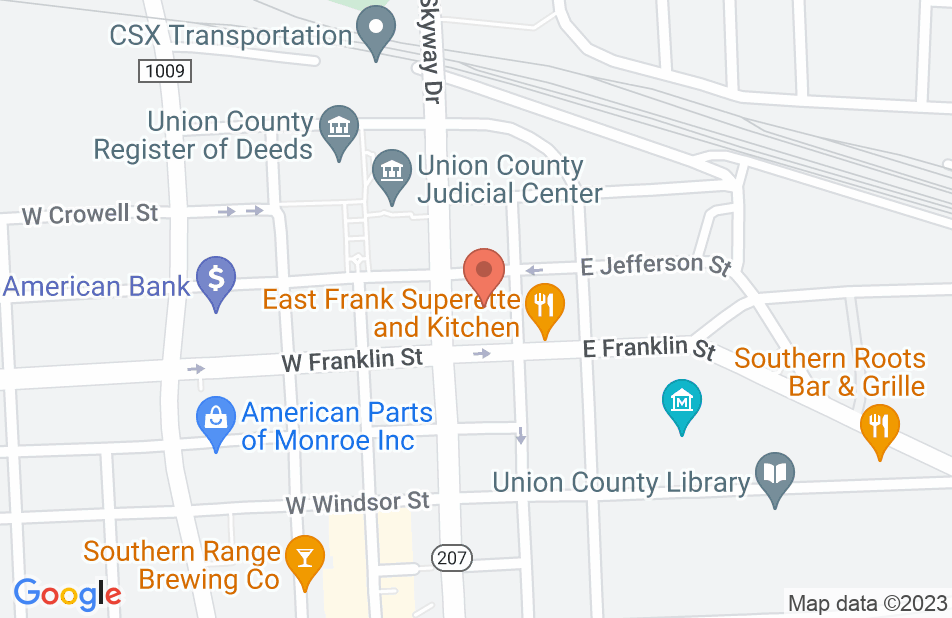 My husband and I met Stephen because he closed on our house. He is very personable and made us feel at ease during the closing process. He has excellent communication skills and provided much detail as to what we were signing at closing. I definitely recommend him to others who need any type of legal advice. He was great to work with.

Thankfully, I have never had need to retain Stephen for his litigation skills; however, I have sought his advice on a variety of legal issues. Throughout my experience working with Stephen I have found him to be both highly intelligent and personable. I trust Stephen to always give good, reasonable advice. You can't go wrong here.

I hired Stephen to file a legal name change for my son. He was friendly, knowledgeable, and answered all of my questions expeditiously. My past experience with attorneys had left me feeling that most will speak to you with blatant condescension- not Stephen. Even when I asked some seemingly obvious questions, he still took the time to politely answer them. I also hired him for a traffic ticket, and was happy with the results :) While I hope I won't need any additional legal services anytime in the near future, if I do, I will certainly be using Stephen! I 100% recommend him to all my family and friends who have been equally impressed with his services!

Have YOU met Stephen??

I have had multiple Real Estate closings over the years with Stephen. When he walks into the room and introduces himself, you KNOW your in for a real treat! He always starts out by getting to know the client better and sharing about his favorite topic... SPORTS!! When he is finished with your transaction, he makes the client feel like they have found a "New Friend" to call on. I would recommend Stephen for all areas of law.

I worked with Mr. Bennett during my divorce and my case presented some challenges as I was overseas at the time and opposing counsel was often difficult, unrealistic and borderline deceitful to deal with. However, Mr Bennett did a very professional job and provided quality representation and my case was handled well and in a timely manner to my satisfaction.

I am impressed with Stephen's thoughtful advice and answers to legal questions. He has an understanding of the law and an ability to communicate legal concepts clearly and effectively. I endorse this lawyer!

Stephen has a commanding courtroom presence, is highly intelligent, and provides great service to his clients. I have watched him mature into a fine lawyer since he started practice in Monroe. He is an asset to our legal community and I have always seen him well prepared. I highly recommend this lawyer.

Stephen is a hard working attorney who works zealously for his clients. He is a very knowledgeable and capable attorney. Stephen is definitely the type of attorney that I would want representing me in court.

I endorse this lawyer. Stephen Bennett is meticulous in his work and gets results. His knowledge of the law and his ability to creatively prosecute or defend a case, gives his clients an edge.

Stephen is a very knowledgeable litigator. He is very familiar with the law and is always well prepared. Stephen also takes the time to explain complex situations to his clients to ensure that they have a complete understanding of what is going on. I highly recommend Stephen.

I have known Stephen Bennett since he came to practice in Union County and have found him to be a very conscientious, hardworking attorney. Also, his integrity is of the highest caliber and I have a great deal of trust in him. Having worked against him as opposing counsel and also as a mediator for his clients' cases, I have a large range of experiences to base my high opinion of him.

I endorse this lawyer. Stephen is an intelligent and skilled litigator.