Tom Morris is an associate attorney at King Law Offices. Born and raised in New York, he now calls Rutherfordton, NC home. Tom is a member of the North Carolina bar, and is admitted to practice in the United States District Court for the Western District of North Carolina. He is a graduate of Liberty University School of Law, where he graduated cum laude. While in law school, Tom was the Student Development Editor for the Liberty University Law Review, as well as an Executive member of the Moot Court Board. Tom clerked at the United States Attorney's Office for the Western District of Virginia, where he prosecuted criminal offenses and assisted in handling civil matters. Tom has one published article, Registration without Representation: Treatment of Foreign Sex Offense Convictions under the Sex Offender Registration and Notification Act. Outside of his law practice, Tom enjoys chasing after his three children and traveling with his family. 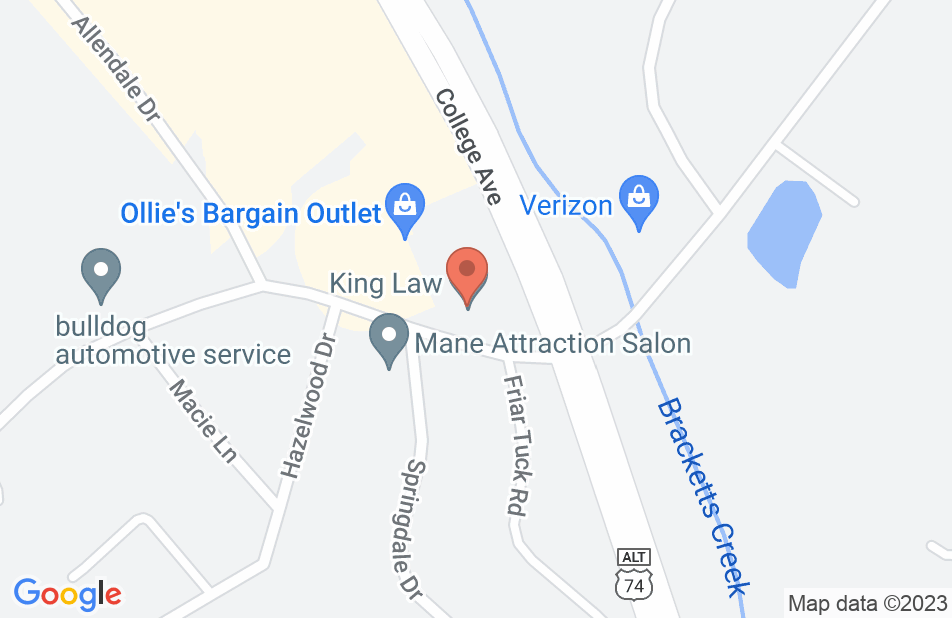 Tom Morris has been the voice of reason during my divorce. I have had multiple questions that needed to be answered and he and his team have given me great advice every time. He was able to secure visitation before mediation so I could see my daughter and prepared me for meditation. He has great follow thru and has handled many odd situations for me. I highly recommend him.
This review is from a person who hired this attorney.
Hired attorney

Tom is a caring knowledgeable attorney who thoroughly provided the information for my matter. Provided great customer service and I would definitely use him again.
This review is from a person who hired this attorney.
Hired attorney

Tom is a great attorney. Thorough and knowledgeable. Critical thinker who works diligently to achieve all of his clients goals.

Tom is an excellent attorney. I know him through law school. He has great natural talent for advocacy and litigation. His passion and work ethic are impressive. Soon to be a top attorney in North Carolina.