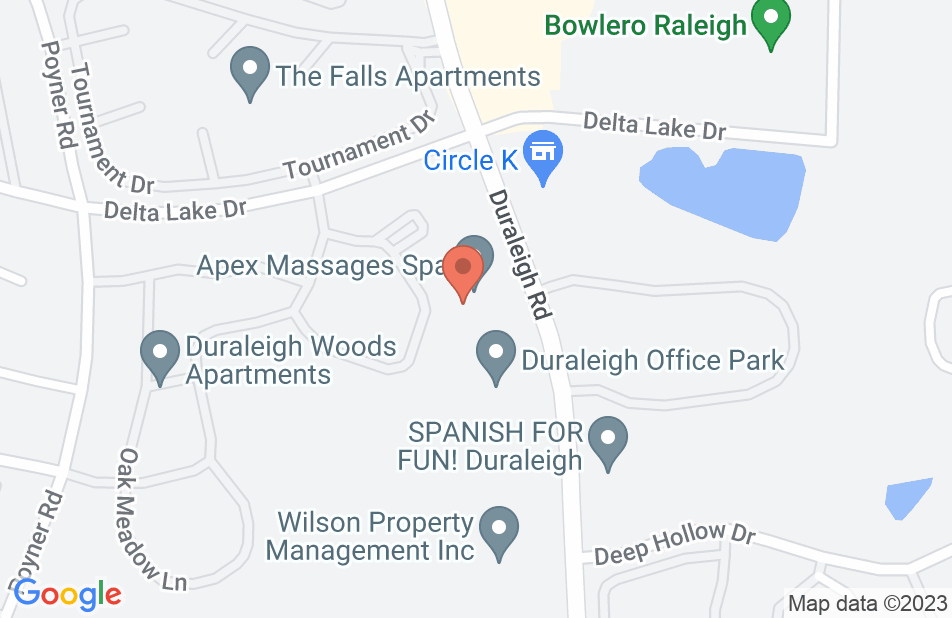 Emily was very helpful with an estate question that I had. She took the time to listen and responded in a timely, helpful and professional way. I will not hesitate to hire Ms. Weatherford in the future, should the need arise.
This review is from a potential client who consulted with this attorney.
Consulted attorney
Emily Weatherford's response: Thank you for your feedback.

Emily helped us create and update our Estate Plan consistent with NC Law. She was extremely knowledgeable, very professional and great to work with. We would strongly recommend her services to others.
This review is from a person who hired this attorney.
Hired attorney

Posted by Marianne BrenemanTue May 17 2016

Emily guided us through the process of our wills and estate planning, something we had not done for years, despite knowing that we should. She answered all our questions thoughtfully and honestly, giving opinions when asked and guiding us through the decision-making process. We felt very comfortable that we were getting good advice and the process was easy.
This review is from a person who hired this attorney.
Hired attorney

I had a very complicated and contested Estate and Trust situation. Emily was very careful to keep me informed and was clear in what was best for all involved. I am very thankful for her guidance and advice. In the past I have also used her services for some guardianship needs. With her help these were settled quickly and without incident.
This review is from a person who hired this attorney.
Hired attorney

Ms Emily Weatherford of Kratt Dedmond & Associates was not the first to handle my estate planning but she brought a clarity and care to the process I had not before experienced. Not only was she able to explain multiple options so their benefits and limitations were apparent, as well as answer any questions I had, she was also able to present the larger picture with regard to my particular circumstances. She asked the right questions and grasped what was needed, then came up with more than one suggestion which we then considered together. I honestly didn’t know this often difficult to contemplate job of working through powers of attorney both regular and health, and setting up a will, could be done with understanding and excellent communication to accompany legal expertise. Ms Weatherford possesses all of these attributes and I would highly recommend her services as an attorney. I would also commend those working with her who arranged the accompanying paperwork in a timely and efficient manner.
This review is from a person who hired this attorney.
Hired attorney

Emily helped bring my mother's estate to closure. The fact that I moved to France shortly after hiring her certainly made her job more complicated. My mother had a will in which she left everything to my sister and me. Unfortunately, my sister died intestate a few months after our mother, and her children were slow to open her estate. When I engaged Emily's services, I had already opened my mother's estate and filed a preliminary inventory, published the notice to creditors, and paid those creditors that came forward. I was not prepared to deal with the impact that my sister's lack of a will had on c.losing our mother' estate, though As a result, there were some things Emily had to follow up on, as well as filing an amended and a final inventory. Emily brought thing to a close and I was quite satisfied.

This person was in no way a zealous advocate, she failed to grasp facts, failed to even put forth a coherent case, she wasted my time and most definitely my money. Worse, she failed to gain anything whatsoever to improve the quality of life for my mother. Emily Weatherford was googlyeyed and in awe of the counsel hired by the "other side" and she kept telling me how thrilled she was that he was their attorney. Don't waste your money and time. I wish I had never met her, never been referred to her. I would have been better off without a lawyer.

Emily is a detail oriented and thorough attorney who always thinks about her clients' needs. She is a paragon of professionalism without losing a personal touch. She is both approachable and knowledgeable. I refer all my clients and friends to her for estate planning issues.

I endorse this lawyer. Emily is extremely knowledgeable concerning guardianship practice and procedure. Her impeccable credibility and understanding makes her a valuable counselor and respected representative.

Emily is a kind, compassionate and thorough attorney with significant experience in estate planning and probate matters. I highly recommend her legal services.

Emily has an excellent reputation in the field for her thorough knowledge of the law and her dedication and responsiveness to her clients.

Emily is an excellent estate planning attorney. She is thorough, competent and smart. I would recommend her without hesitation.

I endorse this lawyer highly. I have worked with Emily on several matters. She is accomplished and well thought of in the community. Her work ethics are strong. She is also very professional. She is capable in the areas of estate planning and probate administration.