Ms. Masin began her legal career as a Deputy State Public Defender in Greeley, Colorado, where she gained extensive courtroom and trial experience while representing clients charged with a variety of offenses, from driving under the influence to attempted murder.  She continued to diligently represent clients as an associate for a private law firm's personal injury department, handling and taking to trial a variety of personal injury cases, including auto accidents, premises liability, and slip and fall cases. She then moved to a general practice firm where she worked on a wide variety of cases, from family law matters, to adverse possession, landlord-tenant issues, small business matters, and more. 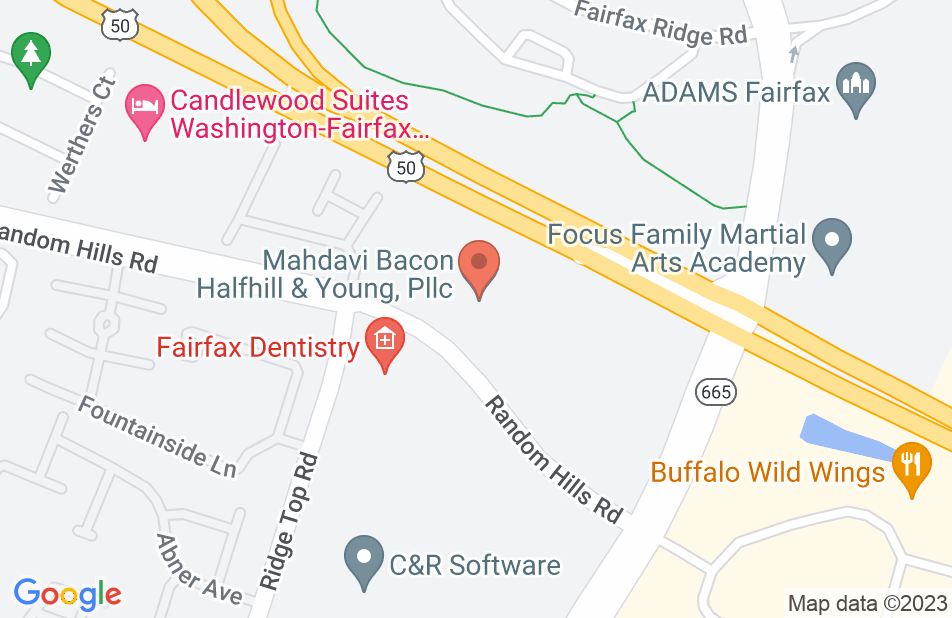 I highly recommend Mrs. Masin to anyone who needs an attorney in family law. I am a single mother with primary custody of my two children. The journey has been an emotional roller coaster, but I knew I had to protect my children. Throughout the past 13 years, I retained three different lawyers, each referred by close friends or family. However, each time we entered the court room, with ample evidence and witnesses, I would lose visitation time. Unfortunately, I was swimming in attorney fees, while the other party had high class lawyers at his disposal with no regard for the money he spent. I was running out of time. We were less than a year from my oldest child’s 18th birthday and the father was still not complying with the court order visitation. I thought all the time, which I was owed, would never be made up. Then, I found Mrs. Masin, a fourth lawyer. I was completely skeptical, after all, with 13 years of building attorney debt, only to have time unjustly taken from me, I just had no faith in getting that precious time back. I reluctantly, went and spoke with Mrs. Masin. I started explaining my story and of course she was kind, caring, and completely baffled by what had been happening with my cases but of course that is how other attorneys reacted as well. So, I continued to tread lightly, with little hope of any positive outcome. She dove right into my case and in eight short months, she had accomplished more than anyone had in 13 years of my court battles. She had her mind set from our first conversation; she was determined to get as much time back as possible because she understood the importance of having that valuable mother/son time. She hit the case hard, she was able to push and receive an emergency hearing, during the onset of the pandemic. She did something I never thought possible, she was able to get me the time remaining, before my son turned 18, which was not all the time that was taken but it was the most possible before his birthday. I could not have hoped for anymore, especially when I did not believe I would be the one walking out of the court room with my son, that day. I am above and beyond grateful for the precious time she was able to give back to me. Not only is Mrs. Masin a wonderful person and an excellent attorney, but her colleagues were also. I did not have many interactions with them but when I did, they were professional, kind, and caring, just as Mrs. Masin has been from the day, I met her. I cannot express how much I appreciate Mrs. Masin and the great team she works with. I do not normally provide public reviews, but I felt compelled to share my experience. The only other thing I could have hoped for, would have been to have found Mrs. Masin 13 years ago.
This review is from a person who hired this attorney.
Hired attorney

After speaking with a number of attorneys and mediators it was clear to me that working with Ms. Masin was the best option. Ms. Masin is an extremely competent Attorney who works tirelessly for her clients. At every step of the legal process I was provided with outstanding advice which was always presented in a compassionate way. You do not get married to get divorced, however, if you end up needing someone to represent you Ms. Masin is for you.
This review is from a person who hired this attorney.
Hired attorney

I will Never Recommend Anyone Else

Erin was my first experience with a lawyer. I contacted her for a consult during my separation. I had met with several other attorneys before her, and none of them seemed to have my interests as their primary goal, only their payout. Erin made sure to emphasize that her objective was to make sure I was fairly and professionally represented and that I got the highest level of service without breaking my bank. She was professional, caring, and EXTREMELY thorough in her work on my case. My (now ex) wife's attorney was incompetent, often causing more complications to our divorce case than was necessary, and when he did try to come after me and my job, she emphatically defended me and my interests. At one point, there was a problem regarding getting my belongings from my ex's house and Erin was able to make quick work of not one, but two arrangements to get everything of mine from the house in the safest way possible. Erin also always kept me apprised of any communication with opposing counsel, which made me feel prepared and reassured every step of the way. She also gave me multiple options for ways that I could help with the case to save some money, because she knew that this was straining my resources. Erin was always available to answer questions I had, and even if she wasn't, she made sure to get back to me in a very quick timely manner. During the case I would talk to my uncle, who is a highly esteemed family attorney in Manhattan, and inform him of everything Erin was doing on my behalf. He remarked that I was extremely lucky to have found such an honest and professional family lawyer. My divorce was finalized on March 23, 2020. Anytime anyone mentions that they need to talk to a lawyer, I ALWAYS recommend Erin Masin, and I will continue to do so. Good lawyers can be difficult to find, but in Erin I know that not only was I able to find a great lawyer, but also a compassionate, honest and hardworking person who cares deeply about her job and her clients. There aren't enough words to go into more details about my experience but just from what I said here, I don't see how anyone could not want to hire her immediately.
This review is from a person who hired this attorney.
Hired attorney

Erin was very helpful with any questions we had concerning our case. She always made herself available to assist in any way she could. She wanted what was best for us and didn't seem to settle for anything less.
This review is from a person who hired this attorney.
Hired attorney

Last year September 2014, my mother, brother and sister-in-law were rear-ended by a woman texting. It was an awful experience and required months of physical therapy that my family could not afford. Erin helped us through that. She was kind, knowledgeable, experienced and communicated very well. None of my family members had ever gone to trial and she patiently helped them understand what to expect and how to handle the situation. The three cases were tried together and we won. Erin is a marvel in court. I have never seen anything like it. Should I ever need a lawyer again I will be hiring Erin. Thank you.
This review is from a person who hired this attorney.
Hired attorney

I highly recommend this attorney

Ms. Masin is a very smart, diligent attorney who doesn't back down from a fight. She always kept me in the loop as to what was happening with my case, and gave me wonderful advice. I am very pleased with her representation of me and will bring all of my legal issues to her in the future.
This review is from a person who hired this attorney.
Hired attorney

Great result on my case!

I came to Becker, Kellogg & Berry for a car accident. The insurance company was refusing to offer anything reasonable. Erin took my cases to trial and got a great result for me. She was excellent at communicating with me and really prepared me for my trial testimony and what trial would be like. I highly recommend this attorney!
This review is from a person who hired this attorney.
Hired attorney

We were happy to have MS, Erin as our Lawyer in order to settlement our car accident case. She is knowledgeable & a trustworthy lawyer. Going to highly recommend to my friends & neighbors. .

A few years ago I was hurt when my vehicle was rear ended in an accident. I found a law firm on line. I rejected the offer of settlement by the insurance company, and decided with the advise of the law firm that it was in my best interest to have my case settled before a judge. I was very fortunate to have Erin Masin represent me. We met before the court date. She advised and skillfully prepared me for the necessary relevant questions. I am glad that I did. I received twice the amount that was originally offered to me. She is professional, knowledgeable and understanding. I would highly recommend her as a proficient attorney.

The firm was highly recommended and they were great to work with. Erin was a great advisor and I would retain their legal services again.

Erin is an excellent family law attorney who is dedicated to client success.

I have grown to know Erin in the legal community and she is a kind, caring, and passionate advocate for her clients.

I strongly recommend Erin Masin for every aspect of representation of a client’s interests. She has shown herself to be competent and engaging as well as a highly innovative as a lawyer. She is exceptionally personable and quick to the point and comes up with novel ways to solve problems. She is an excellent trial lawyer and advocate for her clients.

Erin cut her teeth in criminal defense work as a public defender, where she handled dozens of jury trials and other difficult cases in multiple jurisdictions. She is quick-thinking, smart, and engaging. Generally, she is a fantastic trial lawyer. If my own child was in trial with the police, Erin would be one of my first calls.

I endorse this lawyer. She is a tireless and highly effective advocate and trial lawyer for her clients with proven results.