A dedicated and aggressive advocate. Call today for a free consultation!

I earned my Bachelor of Arts degree from the University of Delaware, where I majored in Criminal Justice and participated in the Honors Program. I later attended the University of Baltimore School of Law where my concentration was litigation and advocacy. I studied under Professor Byron Warnken, who was my instructor for Criminal Law, Constitutional Criminal Procedure I and II.

Following law school, I served as a law clerk to the Honorable Joseph F. Murphy, Jr. When I began my clerkship, Judge Murphy was the Chief Judge of the Maryland Court of Special Appeals. During the course of my clerkship, Judge Murphy was appointed to Maryland's highest Court, the Maryland Court of Appeals. While working on both courts, I was responsible for conducting legal research and drafting appellate opinions, some of which have been published and now serve as Maryland law.

Before entering private practice, I spent over two years working as an Assistant State’s Attorney for Howard County. I became a skilled trial lawyer by handling a variety of criminal and traffic cases for the State of Maryland. I have successfully handled countless DUIs, driving while suspended, assaults, drug possession, theft charges, domestic violence and many other cases involving possible incarceration. In November of 2008, I successfully completed the Trial Advocacy Program sponsored by the Maryland State’s Attorneys Association and now apply those skills to defend individuals charged. 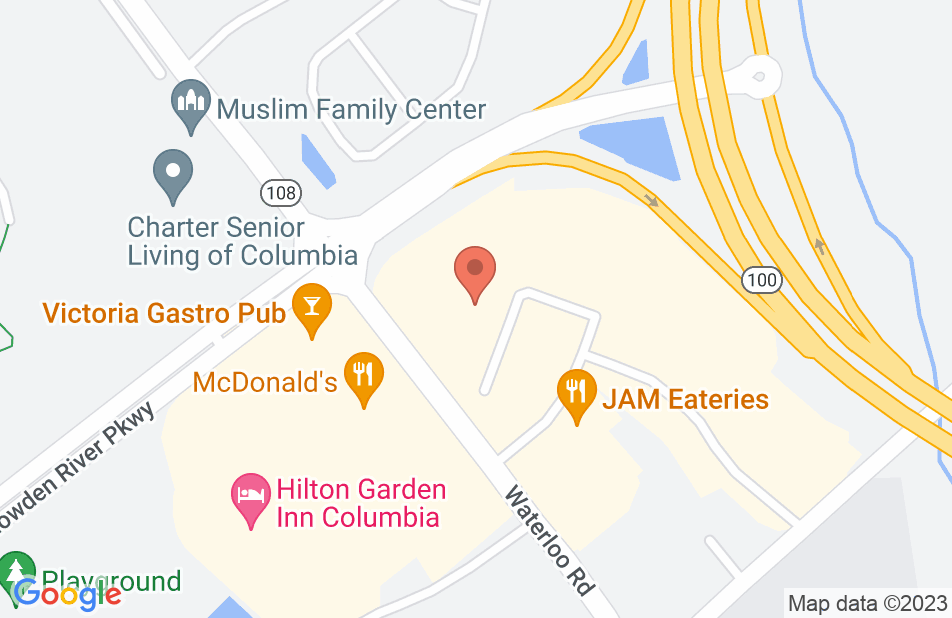 Avvo verified that the reviewer consulted with or engaged this lawyer
Verified review
Colleen provided a level of service that is unmatched among service Industries. Not only was her service impeccable but her experience exploited nuances in our case that lead to an agreement with all parties and a final dismissal. There is no question our case would have not ended in this manner without her level of experience to exploit the legal nuances of our situation.
This review is from a person who hired this attorney.
Hired attorney

One of the EXCELLENT Attorney

It was absolutely a pleasure working with Colleen Kirby. The way she greeted me made me feel like a very important client and took consideration for any conditions I had at the time. During the process Colleen spent plenty of time with me to walk me through the process and ensure that I understood what was expected of me. I am very satisfied with my lawyer, Colleen Kirby. She was well informed and smart. She was also helpful and kind. I would highly recommend her!
This review is from a person who hired this attorney.
Hired attorney

Colleen Kirby is hands down, one of the best people I’ve ever had the pleasure of meeting and I’m so glad that I hired her. This was my first and only arrest for suspicion of DUI/DWI. Naturally, I was terrified as the gravity of the situation set in. From the moment I met Colleen, she put me at ease. From explaining the whole process to taking the time to reassure me as I started to spiral, she is truly a caring person with the knowledge and experience to put you at ease. As the court date neared, she created a wonderful strategy and was able to secure a deal for me that was the best case scenario. Her experience in the Howard County court system along with her familiarity with the judges and prosecutors helped immensely. Afterwards, she made every attempt to persuade the MVA judge to not give me interlock. Though it was a long shot, she fought nonetheless. I absolutely cannot say enough good things about Colleen. Hiring her was the smartest decision I made throughout the entire ordeal. Do yourself a favor and hire her too.
This review is from a person who hired this attorney.
Hired attorney

I indeed appreciate attorney Kirby’s dedication and faithfulness to her clients. Thank you for fighting with integrity. Your dedicated efforts have made a long lasting impact on my personal life and turned nightmares into dream again. Thank you again for your professional guidance and all help resolving the case. It took most of emotional pain off my chest. I’d definitely recommend for her service.
This review is from a person who hired this attorney.
Hired attorney

Ms. Kirby gave me my life back. My case required an unusual amount of attention, as my (false) accuser continued inventing new accusations, inflicting more litigation, and tormenting me and my family. Ms. Kirby guided me through it from beginning to end. When the time finally came for trial, Ms. Kirby had a comprehensive knowledge and understanding of the facts and the evidence at hand, and was able to systematically dismantle every lie that was told, in real-time, and bring the truth to light. I am and will forever be grateful to her for her efforts. She cared, and had the acumen, guile, and dogged persistence to back it up with results. Thank you, Ms. Kirby.
This review is from a person who hired this attorney.
Hired attorney

I was charged with a felony drug offense and Attorney Kirby got me the best possible outcome that I could realistically expect. I told her that my priority was to do minimal time incarcerated and she was able to get me a plea deal with a minimal sentence and hardly any time incarcerated. After completing probation, she assisted in getting me a PBJ. After 3 years of receiving a PBJ, she helped me get it expunged. Given the circumstances and the evidence against me, this was the best outcome I could hope for. She was very compassionate, responsive, and communicated with my clearly and effectively. If I ever had to hire an attorney in Maryland again, I would absolutely choose Attorney Kirby!
This review is from a person who hired this attorney.
Hired attorney

Quick and Responsive. Speaks to you like a friend and lets you understand the entire process. Keeps you informed as the court process continues.
This review is from a person who hired this attorney.
Hired attorney

Colleen has to he the best attorney I have ever met. Mind you I have two attorneys in my family and when I told him them what she did for my husband they were amazed. He had a DUI, with a CDL license. This idiot( excuse my language but he knows better) went out one night, got horribly drunk, wrecked his car by hitting a semi truck ( should have died!) And colleen argued that the blow test was not accurate and got it thrown out! He has his CDL license and he help his job! She is amazing!! If you don't use her, you are an idiot too! I will refer everyone I know to her as she is one of the few lawyers I have met in the area who really does all she can for her clients.
This review is from a person who hired this attorney.
Hired attorney

I found Collen Kirby on Avvo. She was easy to contact and was not overbearing. I had no complaints, the process was smooth. I would definitely recommend her and I give Colleen Kirby a rating of 5!
This review is from a person who hired this attorney.
Hired attorney

Hired Ms. Kirby to help with a DUI case. She delved right into the case and responded promptly to all emails. If we left voicemails, she actually returned them within 24 hours. She impressed me during the court date, and argued with sound logic and evidence to help lessen the consequences of an OWI!!!
This review is from a person who hired this attorney.
Hired attorney
See all reviews

Ms. Kirby is an excellent attorney. She is dedicated, passionate, hard working, and very knowledgable in her field. Definitely one of the best!

I endorse this lawyer. Ms. Kirby is aggressive, professional, and knowledgable. Clients that use her services are in good hands without a doubt.

I endorse this lawyer no doubt. Colleen is a compassionate and zealous advocate for her clients- both human and canine. I tried cases against Collen when she was an Assistant State's Attorney, have seen her try cases now as private defense, and have worked alongside her in her capacity as an advocate against breed specific dog legislation. She is a consummate professional and will go to the ends of the earth for her clients.

Colleen Kirby is a serious Maryland defense attorney with a true passion for her practice. She is worth her weight in gold!

I endorse this lawyer for her skills in criminal defense. I have referred Colleen a few cases and each time the cilent has been more than satisfied with Colleen's work. She cares about each cilent and is attentive to their case. Colleen has had great experience in her career, which makes her a better advocate for her clients. She is a hard worker and will do her absolute best for each client.

Colleen is a terrific lawyer. She is one of the sharpest legal minds that I know. She brings a great deal of knowledge, skill, and dedication to her clients. I highly recommend her.

Colleen Kirby is a tireless advocate for her clients. She has leverage her experience as a prosecutor to become a top notch defense attorney. I would recommend Colleen to my friends and family without reservation. She is also a generous colleague who will share her knowledge and common sense to help other attorneys improve their defense strategy. Colleen is also a brave and passionate defender of pit bulls. I greatly admire her as a professional and as a woman.

Colleen Kirby is an aggressive and effective criminal defense attorney. I would not hesitate to refer an important matter to her knowing she will handle it in the best possible way for the client.

I love working with the Pit Bull. She is sweet on the outside but get her in a courtroom and wow. Tough, aggressive and smart.

Colleen is awesome. I have worked with her for several years. She is known as the Pit Bull Lawyer and she is certainly someone I want in my corner.

Colleen is the type of lawyer that every other lawyer should have in the contacts file. Her ability to break down complicated criminal issues is fantastic and she is a tremendous advocate for her clients. When I have a Maryland criminal defense or traffic question, Colleen is a trusted colleague on speed dial.

Getting to work with Colleen has been a pleasure. She is a pit bull in the courtroom but the nicest person to kick back with after the day is done.

Colleen is a pit bull! First as a prosecutor now as a defense attorney. She is someone you want in your corner.