Perry de Marco, Sr. has been a Philadelphia Criminal Defense lawyer for thirty-eight years. He was born in the Overbrook section of West Philadelphia. He attended St Thomas More High School located at 47th and Wyalusing Ave., where he first acquired the street smarts which have greatly enhanced his career as an attorney. He then went on to attend Villanova University, where he earned a Bachelor of Arts Degree in Political Science in 1972. After graduating from Villanova he was admitted to The Widener University School of Law where he earned his Juris Doctor degree in 1975.

Mr. deMarco is the son-in-law of A. Charles Peruto Sr., who unfortunately passed away on December 17, 2013. A Charles Peruto, Sr. was unquestionably the most famous of all Philadelphia lawyers in recent history. Perry de Marco, Sr. apprenticed with Mr. Peruto while in college and later practiced law with him for many years before forming his own firm, The Law Offices of Perry de Marco.

Mr. de Marco has dedicated his legal career to the defense of the Constitutional Rights of his clients in both Civil and Criminal cases. He is a premier Criminal Defense attorney.  He has tried hundreds of cases in both the State and Federal Court System. Throughout his practice Perry de Marco, Sr. has won acquittals in many celebrated Criminal Cases. His clients have included Doctors, Police Officers, Politicians, Judges, and Businessmen. 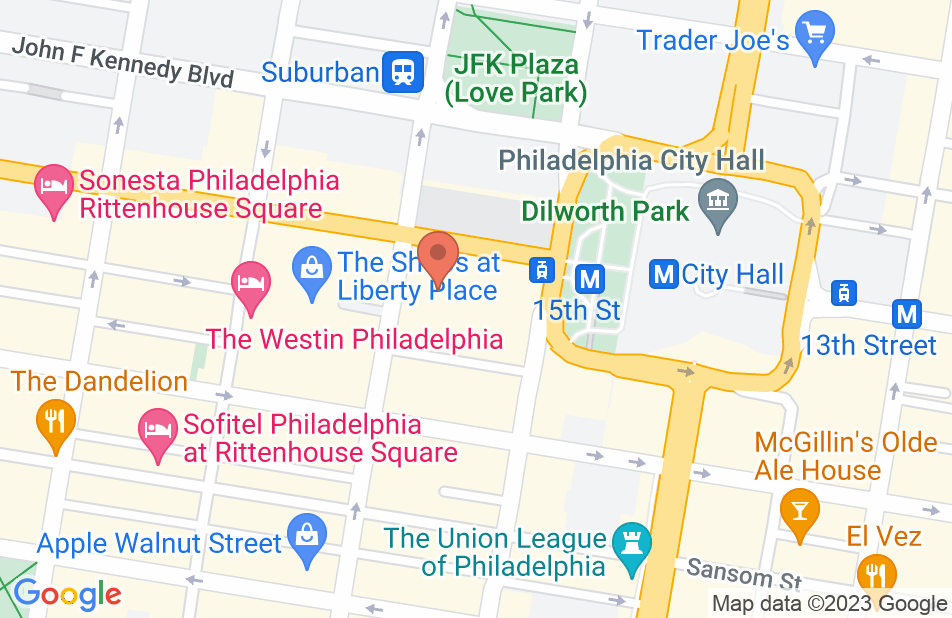 The Law Offices of Perry deMarco

Better than I ever would have hoped.

Perry came with the highest recommendation and delivered. From an initial consultation within an hour of contacting him and through a seven month ordeal of hearing and court dates, he and his staff were always responsive , informative and supportive. He outlined everything that would and could happen beforehand, reviewed everything that did happen after and always kept me aware of my options. It is beyond comforting to have 'The' lawyer on your side who draws the notice of everyone - other counselors and court staff included - when he enters the courtroom.

I recommend Perry to all my friends and family. He is a one of a kind lawyer that is very attentive to his clients needs. He understands the emotions his clients and their family are going thru and is very kind and is always available to answer any and all questions. Perry is a fantastic and very knowledgeable lawyer. Thank you Perry for all you have done for me and my family.

A lie travels half way around the world, while the truth is still putting on it's shoes - Mark Twain

Perry was truly a "Knight in shining armour" for my family and I. He stood by us and guided us through every step of the process and surely one of my darkest times. Sometimes in life, you meet special people that can honestly help you. That is what Perry meant to us. The man! Incredible!!

I endorse this lawyer as Perry is highly accomplished and competent. Perry was opposing counsel and he was outstanding.

I endorse Perry. A great attorney who I would feel comfortable asking for guidance and advice.

Perry is professional, knowledgeable, and fights hard for his clients. Highly recommended.

I have had the honor and privilege of knowing Perry for most, if not all of my career in Philadelphia. He is a Master at his craft and is a truly dedicated advocate for hi clients. The only suggestion I can make to Perry is that he increase hi fees! A true gentleman.

I endorse Perry. He is a highly skilled attorney that is well respected in the legal community.

One of the best criminal defense lawyers, if not the best in Philadelphia.

I have known Perry for many years and he is a superb lawyer that goes the extra mile for his clients.

I'm proud to endorse Perry De Marco as one of the top criminal defense attorneys in the Philadelphia region. He's the consummate professional. He knows the law, is a master in the courtroom and fights until the end for his clients. I have learned a lot simply by watching how Mr. De Marco carries himself in the courtroom and zealously advocates for his clients. You won't be disappointed if you hire Mr. De Marco.

I have worked numerous cases with Perry De DeMarco in the past, and know him to be a talented, dedicated trial attorney with a sterling reputation.

Perry was one of the the most formidable opponents I faced as an Assistant DA in Philadelphia. He is tremendously talented, honorable, and a true gentleman.

Perry Sr. is one of the top criminal defense lawyers in Philadelphia. You cannot go wrong with him.

I have Known Perry for 38 years and have been referring him clients. Every one has been very satisfied with his representation.

Perry is an amazing criminal defense attorney and treats every file that comes into his office like gold. He is available at all times for his clients and his experience and passion for the law is shown through the excellent results he negotiates for his clients.

Mr. DeMarco is one of the most experienced, skillful, conscientious, and especially zealous attorneys that I have had the pleasure of working with in my 15 years as a criminal defense attorney. I highlighted his zealousness because he does not hesitate to express his righteous indignation during trials- even toward judges when their pro-prosecution bias is exposed in court. Once when we represented co-defendants in a major felony trial, a judge began aggressively cross-examining a key defense eyewitness. Mr. DeMarco chastised that unfair judge in open court and refused to relent even when warned by the judge to do so. By the way, he won the case. And in addition to being one of Philadelphia's greatest trial lawyers, he's also a really nice guy. I'd hire him if I ever got in trouble.

Mr. deMarco is a seasoned criminal defense attorney in Philadelphia, with an excellent reputation for providing top-quality representation.