Every day I strive to meet the standard of what I would expect from a top lawyer if I were injured.

Attorney Michael Rosenzweig, the firm's Co-Managing Partner, has an AV® Preeminent™ rating from Martindale-Hubbell, the highest possible rating based on legal ability and general ethical standards. He has also been honored as a Fellow of the Academy of Trial Lawyers of Allegheny County since 2002, currently serving on its Board of Governors.

He is a Board-Certified Civil Trial Advocate and has been selected to the list of Pennsylvania Super Lawyers, an honor awarded to the top five percent of state-wide attorneys, from 2005-2018. Based on the results of the Super Lawyers selection process, Attorney Rosenzweig is listed as one of the Top 100 Attorneys in Pennsylvania for 2010-2018 and one of the Top 50 Attorneys in Pittsburgh for 2008-2018.

Attorney Rosenzweig has also been selected for inclusion in the 2010 - 2019 editions of The Best Lawyers in America®, an honor based on rigorous peer review, in two categories: Plaintiff's Personal Injury and Products Liability. Corporate Counsel magazine has called Best Lawyers "the most respected referral list of attorneys in practice."

Attorney Rosenzweig works hard to recover the money damages our clients deserve through settlements or jury verdicts. His accomplishments include six, seven, and eight-figure verdicts. He has successfully tried jury trials in both Pennsylvania and West Virginia courts.

Attorney Rosenzweig is an Adjunct Professor of Law at the University of Pittsburgh School of Law.

Attorney Rosenzweig spends much of his free time volunteering for non-profit organizations throughout western Pennsylvania. He has and continues to serve on the boards of local non-profit institutions. He was born and raised in Pittsburgh, PA. 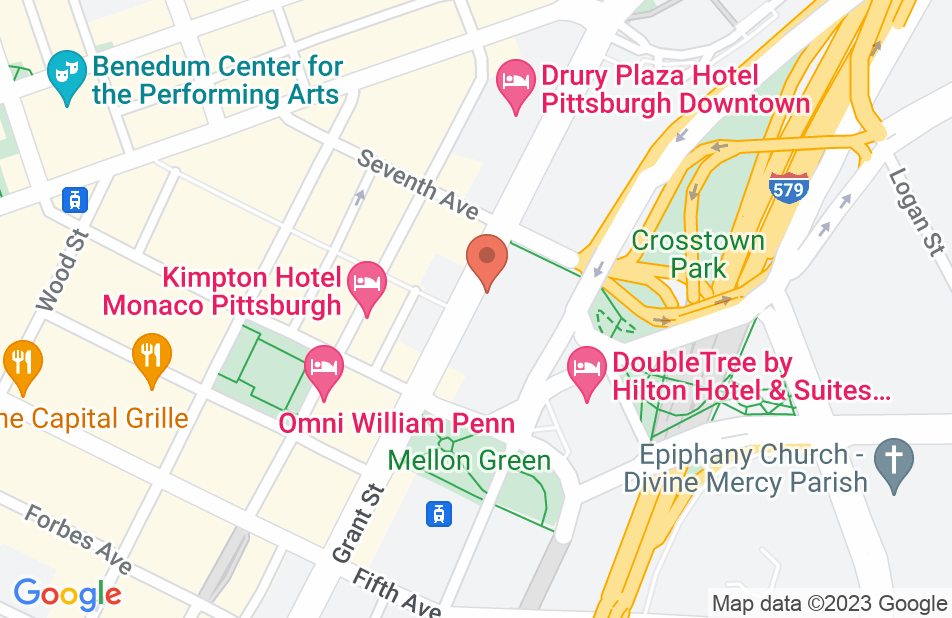 Absolutely fantastic. Michael and his group went above and beyond anything I could have expected. He was such a good attorney that I am worried that my review will sound like it was written by a spam-bot. I would recommend him to anyone.
This review is from a person who hired this attorney.
Hired attorney

Professional and caring- the best phone call I ever made!

When my life changed drastically after an unfortunate car accident, Michael Rosenzweig and his team were the only lawyers willing to take my case. I felt helpless at the time and after my first conversation with Michael I knew I had made the right decision in calling Edgar Snyder's and Associates. He made me feel at ease and that he would make my case a priority. Michael told me that my only focus was to be on myself and healing. He would handle everything else. Those words were ones that I will never forget. As a victim of a car accident I physically, mentally, and emotionally was not in the state to be able to take on much more than just rest and rehabilitation. Michael is professional, persistent, and caring. He expects nothing but the best possible outcome for his clients and doesn't stop until that happens. I highly recommend Michael Rosenzweig and his team. I can't thank them enough for the time and energy that they put into my case. I'm forever grateful.
This review is from a person who hired this attorney.
Hired attorney

Michael is a highly skilled and effective lawyer. He is passionate about fighting for his client's rights, and achieves great results. I would not hesitate to refer a client to Michael.

I respect and endorse Michael. He is a very, very passionate lawyer who achieves great results for his clients. He is an experienced litigator and extremely knowledgable in the personal injury field. Michael is a trustworthy, hard-working and a zealous advocate for his clients. He is great person and has the highest ethical standards. He runs an elite, well-respected firm that does an excellent job representing their clients. I give Michael the very highest of recommendations.

I have known Michael for nearly 10 years now and he is a compassionate lawyer who works hard for his clients. I highly endorse him as both a colleague and counsel.

I endorse this lawyer. Michael is a terrific lawyer. He is very capable of handling complex cases and getting excellent results. Michael also cares about his clients and understands how accidents have affected their lives. He would be a great choice to be any injured person's lawyer.

I endorse this lawyer. I know Michael personally, and he is a person of character. He has a great reputation in the legal community, and he is a leader. He has the experience to handle all types of personal injury claims, and he strives to obtain the best outcome for all of his clients. You can trust him and his firm.

I enthusiastically endorse Michael Rosenzweig whom I have known for many years. He is a very intelligent, hard-working attorney who cares about his clients and achieves great results for them.