Jay Cleckner previously handled primarily criminal and DUI/traffic defense cases in Maryland and DC from 2006 - 2017. He now lives in Buffalo and works in a non-legal role with a large bank. 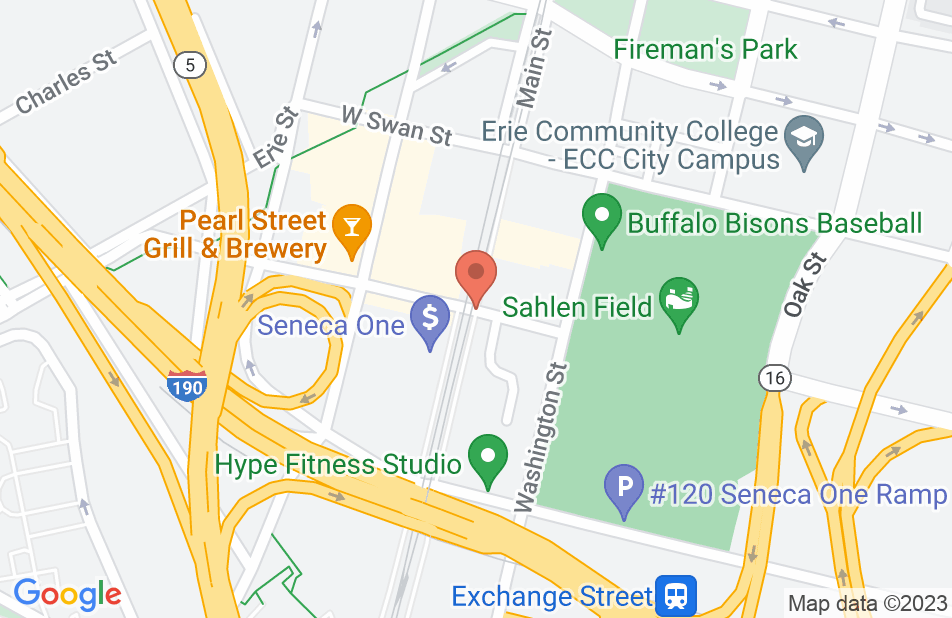 Working is Mr. Cleckner was excellent! He provided thorough information on what I needed to do in order to take care of both of my cases. He additional consulted with me well over the phone and in person when ever i needed. In the end he was able to get one of my cases dismissed, and the lowest/ fairest charges on my other case and a extremely low and fair price. I highly recommend Mr. Cleckner to anyone is in need of help and legal advice within the Maryland and DC area.
This review is from a person who hired this attorney.
Hired attorney

Jason Cleckner is as wonderful an attorney as well as a kind and caring person. His patience and ability far supassed anyone else I have known in his line of work. My case was dismissed due to mishandling on the part of the police. I will always be most grateful.
This review is from a person who hired this attorney.
Hired attorney

Mr. Cleckner is ABSOLUTELY amazing and reasonable in his rates. Background: I was stopped at a sobriety checkpoint during a major holiday weekend, and was asked to consent to a field sobriety test, which I did. Upon being informed that there was suspicion that I was under the influence (which I truly wasn't) because I did not pass the field sobriety test, I was asked to consent to a breathalyzer. Afraid due to never having encounters with law enforcement, I became scared and asked if I needed a lawyer, and the consequences of if I did or did not consent. I was informed by officers that my questions was interpreted as a refusal to consent to a breathalyzer, although I stated that I was willing to do it. I was arrested and taken to the police station. I consented to a breathalyzer at the station and I was informed that the reading was .06, which was shocking to me. The very next day, I consulted with a few lawyers, over the phone, and most of the lawyers were trying to charge me over a thousand dollars. I also consulted with a lawyer in person, who personally knew the officers that I had interacted with, and who actually discovered that the BAC reading, based on the actual printout that I was quoted by the officer who administered the breathalyzer was actually WRONG and that I actually breathed a .006 which is consistent with freshly rinsing with mouthwash and indicative of me basically not having any alcohol in my system. However, this particularly lawyer was still trying to charge a ridiculous fee for seemingly simple case because he would be able to get the case thrown out due to having ties to the officer. When I provided Mr. Cleckner with this information regarding the near 0.00 BAC, he CONFIDENTLY expressed how he would pursue this case AND presented me with a VERY REASONABLE price. He quickly worked on my behalf and within a few short weeks, my case was dismissed and he assisted me in filing the expungement paperwork. I am impressed with the immediacy in which he handled this case and the support that he provided along the way. Mr. Cleckner kept me in the loop about everything he was doing and the outcomes. I would recommend him to ANYONE, and I appreciated his honesty and even advisement about what to do in future situations.
This review is from a person who hired this attorney.
Hired attorney

Mr. C was very helpful and a case when I was out of the state and couldn't represent myself. He was in constant communication with me, answered all my questions, and made sure that I felt like I was being represented well! He did not charge extra for small questions I had about the case, and got my ticket dropped!
This review is from a person who hired this attorney.
Hired attorney

Got into a car accident and was issued a ticket and points put on my license. The amount of the ticket and points would jeopardize my employment. Mr. Cleckner Esq. looked over the specifics of my case and came to the conclusion that the persons that hit my vehicle from behind was at fault. And that I should not have been issued a ticket nor should points be put on my license. Mr. Cleckner Esq. went to court on my behalf and pleaded my case, explaining these facts and asked for the dismissal of the charges. The judges ruling was that I'm not guilty and the charges were dismissed. No ticket, no points and my record remains intact. Mr. Cleckner Esq. was very thorough and knowledgeable. He explained every detail to me and I'm grateful to have had him represent me.
This review is from a person who hired this attorney.
Hired attorney

I would highly recommend Jason Cleckner if you're looking for legal representation. He was able to get my "driving on a suspended license" charge dismissed. He is very personable, knowledgeable, and well-connected in the Maryland court system. And with all of this, his fees are very reasonable! If someone in my family were having legal issues, this is who I would tell them to go see. He's the man!
This review is from a person who hired this attorney.
Hired attorney

Jason was very easy to get ahold of and very helpful with my case. He understood my conditions and worked well to accommodate me. He was on time for my case and fought to work out an acceptable deal with the judge. I recommend him to anyone in search for a lawyer he definitely helped my case and helped immensely with the expungement process
This review is from a person who hired this attorney.
Hired attorney

Got the job done

I was pulled over in late August and given a very expensive and in my opinion unnecessary speeding ticket and was facing at least 3 points on my license. In my 10 years of driving I've never had a speeding ticket. I knew I wanted to take this issue to court but I felt like I may need some legal representation. After contacting several attorneys Jason was the only one to get back to me in a timely manner. I met with him in his office. He was 100% professional. He explained the the process to me and once my court date came around I felt very confident that I would receive a fair hearing with Jason as my representative. At the end of my court proceedings I only had to pay a fine that was a small fraction of what the original ticket amount was an NO POINTS on my license. I would recommend Jason to anyone!
This review is from a person who hired this attorney.
Hired attorney

When i had phone consultation with him, he spent a lot time to answer all my questions. He was giving me a lot of informations where other lawyers were giving me a little. He made me confident about my case and truly cared about me. Also his price is resonable so if you think you cannot aford private lawyer and go to a court by yourself or with public defender, please talk to Mr.Cleckner first. He is a great lawyer.
This review is from a potential client who consulted with this attorney.
Consulted attorney

On May 28, 2015 I was arrested for trespassing private property. I was so worried and angry about my case because it was the first time I had ever been arrested and it was for something that I didn’t do it. I hired Jason Cleckner and I can’t emphasize how grateful I'm for having him as my lawyer. He answered all of my questions and concerns and made me feel comfortable. His fee was very reasonable and affordable. Jason was able to get my case dismissed with no criminal record. I highly recommend him to anyone that need legal advice or representation.
See all reviews

Jason is an experienced, highly respected attorney who always represents his clients with the utmost of skill,knowledge and understanding.i can readily endorse him without hesitation or reservation.

I endorse this lawyer. Has extensive knowledge on DUI/DWI defenses. Talented attorney.

I endorse attorney Cleckner for his keen understanding of criminal law.

Attorney Cleckner is an asset to the legal community. I endorse this lawyer.

I endorse this lawyer. Mr. Cleckner is a well respected, generous contributor on Avvo. I would recommend him to anyone needing an experienced advocate.

Jason is a top-notch attorney. He is sharp and gutsy, but also knows the best strategic moves to make for his clients' cases and to achieve the best results. I would trust him completely with any criminal case, regardless of complexity.

Jason is a skilled criminal defense attorney with an intense focus on the best interests of his clients. He is a master at cross examination and trial preparation and I learn something new every time I watch him in court.

I endorse this lawyer. Jason is thorough attentive, and most importantly he cares about his clients.

Jason is an excellent attorney who is very well respected in the community. When it comes to defending criminal cases or DUI's, Jason's name will always be one of the first to come up as the lawyer who gets the best results. He is an intelligent intellectual attorney and his trial skills are very sharp.

Jason, is very knowledgeable in criminal defense. He always puts his client's first and has the skills to get the results needed. I endorse this lawyer.

Jason is a great guy and an outstanding attorney. He is in court everyday is very dedicated to his craft. He cares deeply about the well-being of his clients and works hard to ensure them the best possible defense. I would highly recommend him to anyone seeking an aggressive and experienced criminal defense attorney.