Marco Caviglia has been a trial attorney for 39 years.  He is a graduate of Colgate University and  Albany Law School at Union University . He is admitted to the New York Bar and the Bar for the Federal Courts for the Southern and Eastern Districts of New York. He has served as Chief Assistant to the Dutchess County Public Defender, Assistant District Attorney in Dutchess County, and as County Legislator of Dutchess County. He has also served as Deputy Town Attorney for the Town of Poughkeepsie and Special Counsel to the Town of Wappiner Falls.

Marco Caviglia is a Diplomate of the National Institute for Trial Advocacy in the teaching of trial skills to attorneys. He is one of the few attorneys in New York State that is 35-b Board Certified to try capital cases and has been lead counsel in four death penalty cases.  Mr. Caviglia serves as both Arbitrator on the Second Department Appellate Division panel for attorney fee disputes as well as for contract claims referred from court.  He has served as a lecturer in the Continuing Legal Education for attorneys in area of Personal Injury for the New York State Bar Association in Manhattan and in Criminal Law for Dutchess County. He is also the former Vice President of the Board of Directors  of the Dutchess County Society for the Prevention of Cruelty to Animals and a board member .  He served as a Commissioner of Elections for Dutchess County, and is a former Commissioner of the Town of LaGrange Fire District.

Mr. Caviglia has served as an Adjunct Professor at  SUNY New Paltz in the subjects of Criminology and Deviant Behavior, and is a former Adjunct Professor in Paralegal Studies and the Department of Criminal Justice at Marist College, and the Department of Criminal Justice at Dutchess County Community College, and has authored several articles on legal subjects. Mr. Caviglia was also both the host of "Legal Brief," a radio law program, and a columnist for a similarly titled weekly newspaper column, and often appears on the television show "The Opinion."

As a former judicial candidate,  he was rated as "Highly Qualified" to serve as a Family Court judge in 2011 by the  NYS Governor's Bipartisan Screening Committee and "Highly Qualified" by the Dutchess County Bar Association.  In 2010, he was also found "Highly Qualified" for the County Court judgeship by the Dutchess County Bar Association.  In both instances, he was found "Qualified" by the Independent Judicial Election Qualification Committee of New York State (IJEQC), the highest ratings awardable at that time.  He was personally endorsed by Governor Andrew Cuomo for Family Court Judge. 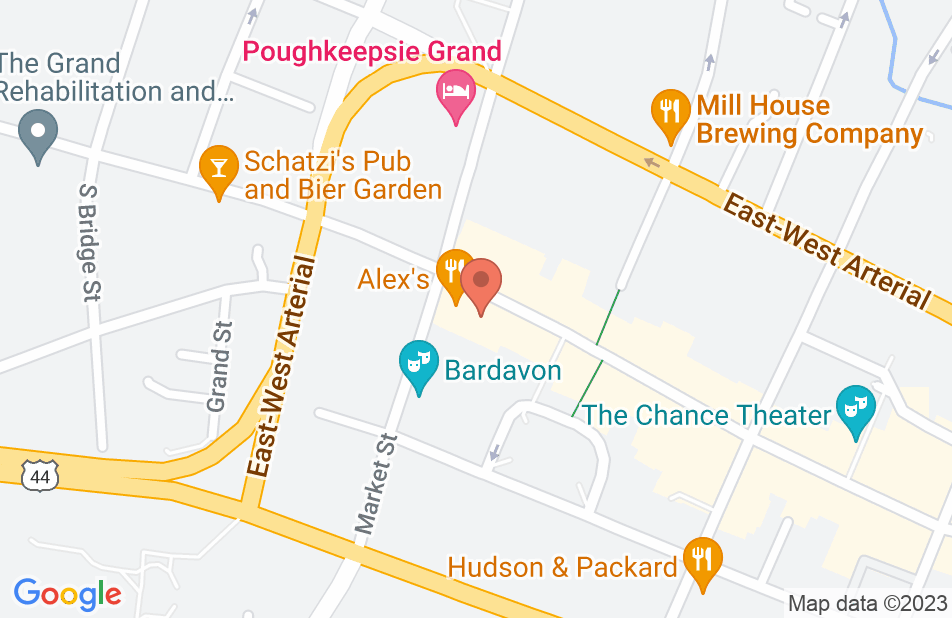 A friend recommended Marco to me as I encountered a very serious legal matter. I immediately felt relief after talking with Marco, which took just one phone call. My case was long and stressful, and Marco was with me every step of the way. He is very experienced, very professional, and he also happens to be a great guy! I could not have asked for better representation in this matter, or a better outcome. Marco is easy to talk to, Answered all my questions promptly, he always returned my calls quickly, I was so pleased and relieved to have Marco representing me, and the whole matter could not have ended better. I would highly recommend Marco to anyone in need of legal representation, and I would absolutely call him again if I ever need a lawyer in the future!
This review is from a person who hired this attorney.
Hired attorney

Marco is an excellent lawyer worked very hard for me worth every penny money well spent he was there for me every minute that I needed him and he’s a great guy
This review is from a person who hired this attorney.
Hired attorney

Marco did a great job for me and went over and above what I asked him. He always answers calls and emails promptly. I would definitely hire him again.
This review is from a person who hired this attorney.
Hired attorney

Honest man, knows what he's doing, worth every dollar I paid him to review the errant actions of my lawyer. I paid for a one hour review he spent 2 hours with me reviewing all aspects of the case and insisting on going over the details of his contract. Unfortunately for me he was too forthright telling me the judge (now retired) was a former colleague of opposing council and he had locked horns with this judge. F.Y.I. The contract from the lawyer I had hired (& subsequently fired) require the unused retainer to be returned however despite spotty disclosure & no deposition the amount returned was a token sum. They all know how to charge, its the wild west get someone with integrity.
This review is from a potential client who consulted with this attorney.
Consulted attorney

Mr Cavilgla was consulted on a matter that appeared confusing to many other attorneys. His advice was really enlightening and to the points. I would hope there was more of him, honest and knowledgeable. The kind of attorney you would trust blindly. I strongly recommend him. Thanks Mr Cavilgia on your excellent advice.
This review is from a potential client who consulted with this attorney.
Consulted attorney

When our son ran into legal trouble and needed representation, my wife and I spoke with several attorneys, and Marco Caviglia stood out amongst all the rest as the most competent, caring and knowledgeable Criminal Attorney. Marco is extremely well-regarded in his field. We were so impressed with his subject matter expertise, we had complete trust that our son’s future was in good hands with Marco as his attorney. We knew we made the right choice from the very first meeting with Marco. Marco is an extraordinary human being, and we are so glad that we have come to know him. Throughout a very stressful process, Marco was always there for us. Marco’s incredible skill led to an extremely positive outcome for our son, and we know in our hearts that without Marco, our son would not be where he is today. We are forever grateful for Marco's expertise, as is our son. Marco’s dedication, knowledge and skill are absolutely unmatched. I cannot recommend Marco enough. If my life were at stake in a criminal matter, I would trust no one besides Marco Caviglia!!!
This review is from a person who hired this attorney.
Hired attorney

Took the time to speak with me..above, and beyond what other lawyers in the past weeks that I have tried to consult with.

This lawyer I could tell, has much experience, in the law, and knows his job, and does it very well, I could tell This within how he questioned me about a potential case. Anyone who is lucky enough to have him represent them, is half way to prevailing :-)
This review is from a potential client who consulted with this attorney.
Consulted attorney

I just finished writing a review for Terry Horner and Terry was recommended to me by Marco. Marco ,like terry, gave my case and me the time needed . Marco is extremely knowledgeable on matrimonial law and from what i read in his posts he is an expert on criminal law . Marco has extraordinary trial skills and was always well prepared and had well thought out arguments. Marco, is also very generous with his time. This is evident by the time he gives on this site for free and when i first called him he spoke with me on the phone for about an hour not even knowing if was going to hire him. As i mentioned in my post for Terry Horner , using Marco Caviglia and Terry Horner as a team is a recipe for winning and individually they are both competent honest lawyers .

Unfortunately, statue of limitations got the best of me. I was very glad I had the consultation with Mr. Caviglia. He explored every avenue possible to try to assist me and explained everything to me until I understood my situation. He was genuinely sincere and I appreciate the time he spent with me. If I ever need an Attorney, he will be the first one I call. Thank you for being a member on this Website.

Without being pampering, Marco Caviglia always followed up and made me feel invulnerable in my legal process. His direct communication and unmediated responses made decision making simple and painless, while his obvious knowledge and cognition of the law gave me a sense of security. There were plenty of times throughout my legal ordeal where I felt anxiety and emotional. Marco was able to calm me and get me focused without a glitch, a tricky job when dealing with someone going through a potentially dramatic process. I recommend Marco Caviglia to anyone who needs legal council, and would not hesitate to rehire him again for any future legal matters.

I have viewed numerous responses of Mr. Caviglia and the answers are consistently accurate, analytic, and customized to the needs of the Avvo askers. These are exactly the qualities that every client would look for when hiring an attorney.

I endorse this lawyer. He is very experienced and an excellent Avvo contributor.

I endorse this lawyer. He is a great asset to the legal community and will go above and beyond to help you in your current crisis.

It is readily apparent that Mr. Caviglia is an attorney with a sound legal mind that is well respected in the community by his peers and clients. I wholeheartedly endorse him.

I have had an opportunity to read many of Mr. Caviglia's answers to AVVO questions. It is clear that he is very knowledgeable about the law and freely gives advice to the community. I endorse this lawyer.

Mr. Caviglia and I practice in some of the same areas of law. I have had the privilege of reviewing many of her responses and comments to questions posted on Avvo. His answers and comments reflect a deep understanding of the law and have provided helpful information. I endorse this lawyer.

I endorse Attorney Caviglia. From his answers and time on Avvo, it is clear he is dedicated to serving those in need and his clients. It's rare that lawyers spend so much valuable time helping the community, for free, and I applaud him for doing it to such a great level. Kudos.

I endorse Attorney Caviglia without reservation. He has a firm understanding of the law, and uses such understanding to effectively analyze complex factual situations. Superlative attorney.

I fully endorse Marco Caviglia without hesitation. He is exceptional in the courtroom due to a wealth of knowledge and unmatchable work ethic.