Personal attention, experienced, and returns all calls with an office *actually* on Staten Island.

Since 2001, Peter J. Weinman, a lifelong Staten Islander, has been practicing law.  He has a wide diversity of legal experience, although he has focused his practice on Real Estate and General Civil Litigation.  Known among his clients and his peers for his integrity, dedication, honesty, and straight-forward thinking, Mr. Weinman personally works very closely with all his clients to keep them well informed at every step of their representation.
Working full time for Project Hospitality, Inc. (a Staten Island not-for-profit devoted to feeding and helping the homeless, the mentally-ill, and those affected by HIV/AIDS), while attending classes at night, Mr. Weinman received his Bachelor’s degree (B.A.) in English from the College of Staten Island in 1992. Eight years later, continuing to work while attending classes at night, Mr. Weinman received his Juris Doctor degree (J.D.) from New York Law School in 2000.
While attending law school, Mr. Weinman took his personal hobby a step further and began taking freelance work as a “computer guy and law student.”  He designed and automated legal forms and office documents for many law firms located throughout the City of New York; some of which continue to use his forms to this day.  Because of his computer background, Mr. Weinman's office and files are almost entirely computerized.
Since being admitted to practice in both New York and New Jersey, Mr. Weinman has been associated with some of Staten Island's most respected law firms, such as Lee & Amtzis, LLP, Corash & Hollender, PC, and Gaines & Fishler, LLP, where he gained invaluable knowledge and experience in all aspects of real estate and related litigation.

Aside from trying to spend as much time as possible with his family, Mr. Weinman enjoys riding his motorcycle and running; he has run the last nineteen NYC Marathons, since 2000, usually finishing in around five hours. 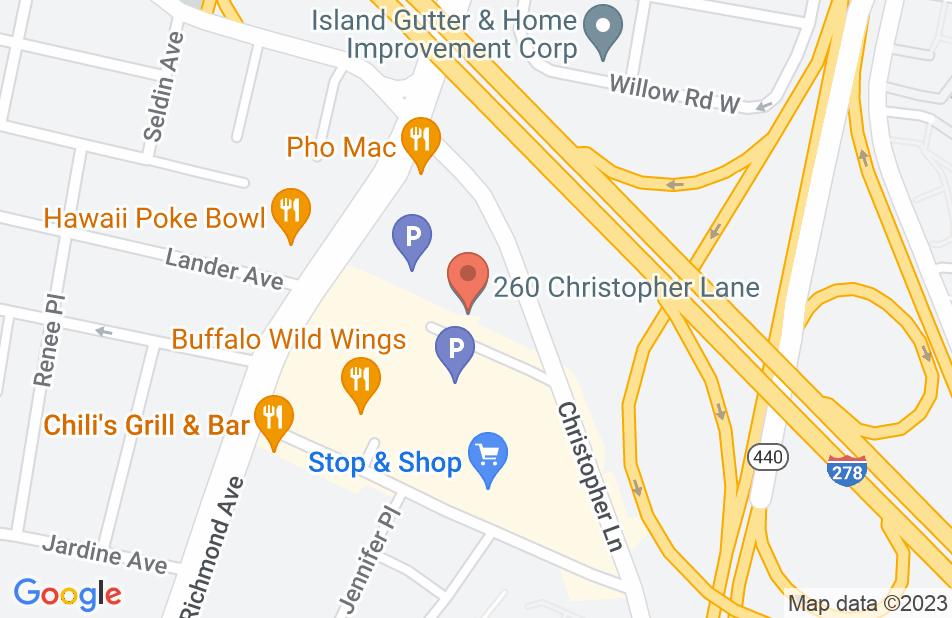 Peter was my attorney on the recent sale of my home. The entire process from beginning to end was seamless thanks to Peter's knowledge, professionalism, and personable manner. All my questions and concerns were answered personally by Peter immediately upon receipt. It is a rarity to find such a hands on attorney like Peter. When I arrived at the closing, he was so well prepared with the documents requiring my signature and I immediately felt at ease as he explained everything in great detail. He also provided me with a CD of all pertinent documents. I highly recommend his services!.

Peter handled a recent real estate sale transaction for me. I was extremely happy with his representation. Peter is very personable, knowledgable and most of all, very responsive to questions and concerns one may have while going through a complex transaction. All signed documents were promptly delivered to me both my hard copy and CD. I would highly recommend Peter Weinman.

Mr Weinman was hired to represent me as a sellers attorney. I already had found a new home which I was in danger of losing until I decided to sell my home in an “all cash deal.” He explained the process to me in detail and was always available to answer my questions either by phone, text or email. He made it an easy process and was very knowledgeable. He kept me updated throughout the process and stood firm when needed.
This review is from a person who hired this attorney.
Hired attorney
Peter Weinman's response: Mr. Lopez, yours was an interesting situation, especially in light of COVID-19. I'm glad we were able to get through the Staten Island sale without you losing your new home in NC. Good luck and thanks for taking the time to post this review!

Pete was my attorney on the recent sale of my parents home. He was also the attorney for my home and my brothers. He again made the entire process seamless especially in dealing with the effects of Covid. I respect Pete's knowledge, personable manner and his professionalism in always responding to any questions or concerns. I highly recommend Pete, he will ensure that your closing will be run smoothly and efficiently. He will always protect your interests.
This review is from a person who hired this attorney.
Hired attorney
Peter Weinman's response: Charlie, thank you for taking the time to post this review. It is always a pleasure representing members of your family. I hope your parents enjoy Florida1

Peter J Weinman is an extremely thorough proactive lawyer! We hired Pete to close on the sale of our property. The communication from the prospective buyers lawyers was terrible. Pete never let a day go by without following up with them but the deal fell through. We then had a second buyer and Pete handled this quickly and advised us on what we needed to do. The closing was done in approximately 30 minutes. Super job. Would definitely recommend.
This review is from a person who hired this attorney.
Hired attorney
Peter Weinman's response: Thank you, Ken, for taking the time to write this review.

I was so lucky to find Pete to help my parents with the sale of their home. They are 94 & 84 and needed immediate attention and guidance. Pete responded personally, patiently, respectfully and quickly to my parents needs and the process when off without a hitch! I can’t thank him enough and would highly recommend him again and again! Oh and his fee was very reasonable!
This review is from a person who hired this attorney.
Hired attorney

We recently purchased a home and worked with Pete on the closing. He was absolutely fantastic! He was extremely responsive, provided clear answers to all of our questions, and helped us ensure we could close within the desired timeframe. He continued to answer questions even after closing to ensure we were completely comfortable with the process. Thank you, Pete, for making this stressful process so much less stressful!
This review is from a person who hired this attorney.
Hired attorney

Thank you so much for your help!! I will advise my mother that this shouldn't be a problem and I'll have her check with Alabama also.
This review is from a potential client who consulted with this attorney.
Consulted attorney

Closing of my home

Peter Weinman, went above and beyond for me, I live out of state, anytime I had a question whether in email or by phone he was very prompt on responding. If your looking for a great Lawyer, Pete is your man.
This review is from a person who hired this attorney.
Hired attorney
Peter Weinman's response: Mr. G, With advance preparation and anticipating all the possible outcomes/directions (and the help of FedEx), just about anything can be accomplished. I'm glad we were able to meet your goals without you having to fly to New York to attend a contentious closing. Thank you for taking the time to post this!

After many disappointments with many other lawyers, I found Pete's info online. I was very impressed with him from the first call I made. Peter Weinman is an excellent attorney. I found him to be experienced, responsive, knowledgeable and straight forward. He helped me to sell my portion of the house to my ex without a hassle and helped me to buy my dream home. I highly recommend Pete.
This review is from a person who hired this attorney.
Hired attorney
See all reviews

(46)
Are you an attorney? Endorse this lawyer

The answers of Mr. Weinman are consistently accurate, analytic, and customized to the needs of the Avvo askers. Thee are exactly the qualities that every client would look for when hiring an attorney.

I endorse this lawyer. He is a great Staten Island Real Estate Attorney!

I've seen the way Peter answers all questions posed accurately, concisely, and with a terrific understanding of all relevant law. He is a highly respected attorney in our community.

I endorse this lawyer. He's a respected member of the legal community, and he gives back to the community. His thousands of answers on Avvo demonstrate his legal acumen.

I endorse this lawyer. His lucid and thorough responses in the AVVO Forum are indicative of his knowledge and firm understanding of real estate law.

I endorse this lawyer. Mr. Weinman is an excellent real estate attorney.

Mr. Weinman is a well respected attorney in our community and he is well known for his expertise in all matters relating to real estate. From my own dealings with him, I know him to be an attorney of utmost diligence and ability. I endorse this lawyer.

I endorse this lawyer. A great contributor on avvo.

I endorse this lawyer. I have dealt with him in Landlord-Tenant and other courts and he is superlative!

I highly endorse this lawyer.Mr. Weinman is knowledgeable, friendly, and easy to deal with. Personally, I have had numerous dealings with him over the years and it's clear that he takes his responsibility seriously and represents his clients well.

Pete is very knowledgeable and up-to-date on the latest technology. He respects his clients and gives each his personal attention. Moreover, he is a resource to the whole Staten Island legal community, as he is always willing to share his knowledge to help a fellow attorney. He is the first person to whom I would refer a real estate matter, with confidence that he would not let me or the client down.

I enthusiastically endorse this attorney. His posts here on Avvo demonstrate both knowledge of, and experience in, the law.

I endorse this lawyer without reservation. He is a respected member of the legal community, and the depth and breadth of his knowledge is manifestly evident by the quality of his answers and insights in this forum.