David R. Oakley is partner in the firm of Anderl & Oakley, P.C. The firm, with offices in Perth Amboy and Princeton, New Jersey, specializes in state and federal criminal defense, as well as juvenile and municipal court matters. 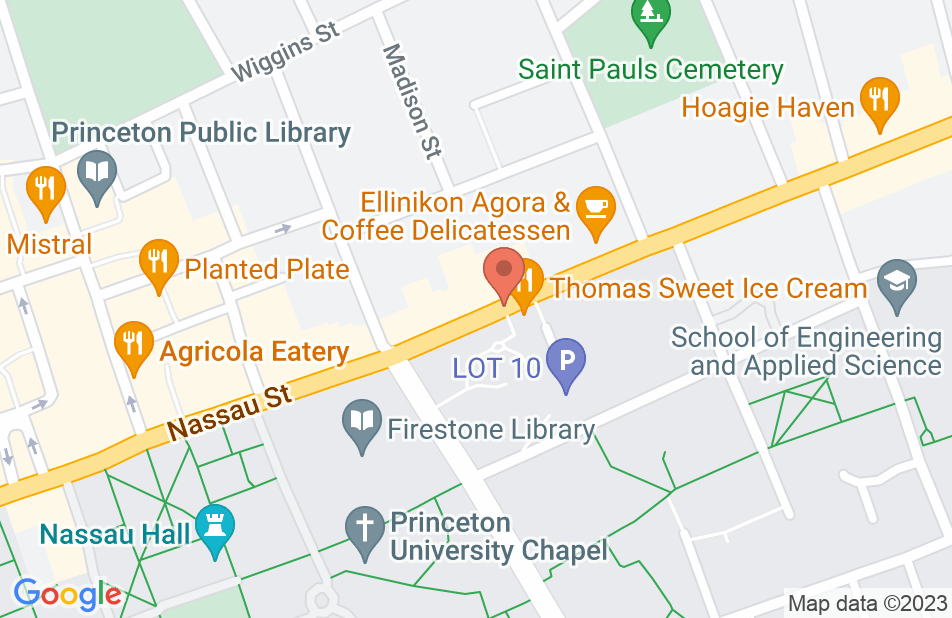 David helped me fight two felony charges (vandalism). After the arrest, and after calling his office, he spoke to me over the phone (while he was on vacation, no less!): he was calm and reassuring, answering questions while being clear about the paths the case could take. We met a few times before the initial hearing, and David was very clear about the necessary next steps to craft a legal defense, setting my nerves at ease. He knows how to navigate the court system, so was able to accurately predict how the case was able to unfold. Both charges were eventually dismissed, after a thorough case to the prosecutor and judge. Even the judge told me to thank David for a well-crafted defense. I could not be more satisfied with the outcome. David is clever, attentive to detail, and an exceptional attorney. Do not hesitate to contact him if you need a defense attorney!
This review is from a person who hired this attorney.
Hired attorney

In the case of armed robbery, prosecutor was set to transfer the matter to adult court, the case stayed in juvenile and the sentence was probation. Very grateful
This review is from a person who hired this attorney.
Hired attorney

I hired David as my federal criminal defense attorney in a fentanyl drug case. David was an excellent attorney and was very involved in my case. The minimum sentence for my case started at 108 months. He went above and beyond to look for ways in which we could lower the minimum sentence, he was able to have the court lower my sentence to 24 months rather than the 108 months. I am very pleased with David’s work. I would highly recommend him to anyone who needs criminal defense especially in a federal case.
This review is from a person who hired this attorney.
Hired attorney

I’ve been working with David on a federal case for the last couple of months. He did an amazing job at keeping me informed with everything going on with my case. He would lay out various possible outcomes but he went above and beyond to look for the best ways to help my case. He always made himself available to answer all my questions and concerns. David is well respected in the courthouse. He is very professional and caring. He would always find a way to help myself and my family feel more at ease as we faced a difficult situation. I would not hesitate to recommend him to friends and family who need a criminal defense attorney. He gets very involved with his clients and their case and is always looking for the best possible outcome for his clients.
This review is from a person who hired this attorney.
Hired attorney

I worked with David over the last few months after having been charged with a fourth degree felony. This was my first, and hopefully last, experience with police and Courts. I was distraught but, from our first meeting, David calmly explained that the situation was not the worst case I was imagining, and he laid out the various possible outcomes and timelines. He was always available to answer any question relating to my case at any time via phone or email. I believe I got the best possible outcome given my circumstances(including a PTI). I don't think this outcome was easy to obtain and I think it was due to David's ceaseless efforts that he was able to achieve this end result for me. He personally believed in my case and took a lot of time and effort to work with the prosecutor to achieve the end result. During court times, it becomes obvious, in court with the judges and during his inter-actions with the prosecutors, that David is well liked, well known and respected and has a ton of experience in his profession. He was well prepared and in full command of the case in Court. Above all, both for me personally, and observing him interact with his other clients, I got the sense that David really, really cares for clients and he sees a successful outcome for them as his success. I owe David so much. I hope it doesn't, but should the need arise, I would unhesitatingly recommend David to any friend or family requiring the services of a criminal defense attorney. If you need representation, you can't do better than having David on your side.
This review is from a person who hired this attorney.
Hired attorney

When i got referred to Mr. Oakley back in 2014 from a personal friend, i already knew i was in good hands. Mr.Oakley heard my story about me traveling from Florida with a firearm and getting arrested in New Jersey , he quickly jumped on the case. He’s been working with me for almost 5yrs and we finallly got the gr eatest outcome ALLOWING THE PROSECUTOR TO ENROLL ME INTO PTI!!! It’s been a lot of back and forth over the years from being denied PTI twice, to Apellaet court arguments and back to back court appearances. Once he first called me about the good new in February, i can tell by the tone of his voice that everything was coming to a close. I am grateful for having him on my side over these past years and i would recommend him to anyone that needs a lawyer. THANK YOU SO SO MUCH MR. OAKLEY!!!! Myself and my family really do appreciate you and the hard work you’ve put into it.
This review is from a person who hired this attorney.
Hired attorney

David was on top of things from the first phone call. He put my mind at ease everytime I talked to him. He was prompt and efficient in all aspects, even going out of his way to get documents that would help my case. He had a presence in the courtroom you would not believe and you could tell he is highly respected among the prosecutors and judges. Mr. Oakley was able to walk into court with a felony charge hanging over my head and turn it into a small fine with the condition of good behavior. Hope I never need a criminal lawyer again but if I do I won’t need to look any further then David Oakley. Thanks again David!
This review is from a person who hired this attorney.
Hired attorney

Has helped with most of my cases and always gets me out of a pinch! Really good lawyer and does excellent work!
This review is from a person who hired this attorney.
Hired attorney

David is an Exceptional Attorney!!!!!

I got myself into a serious legal issue attempting to assist an associate and was looking at 10 year sentence for thief by deception. Then we hired David through my wife and had the best attorney representation beyond our expectations. David was diligent, focused, smart, knowledgeable and excellent in his handling of my case. He was always prepared for all hearings and hired the best team of professionals to work on my case. His briefs were brilliant and straight to the core of my case. He got all the charges dismissed and saved me and my family the pain of being branded a felon. I am so appreciative of David's dedication to my case and do owe him my life. I will recommend everyone to hire David Oakley because he's excellent and the BEST attorney out there!
This review is from a person who hired this attorney.
Hired attorney

If you want a specialist, an expert, WORK only with DAVID

David is a real attorney. He takes the time to explore my case, to guide me, to propose me options and in each case the positive and negative points. He give the real view of the situation and argue. If you want a good attorney, the clear explanation of the situation you must work with David. Thanks a lot David
This review is from a person who hired this attorney.
Hired attorney
See all reviews

I endorse this lawyer. David is a great trial lawyer with a great reputation throughout New Jersey. I learned a great deal from David while serving as co-counsel in a multi-defendant criminal case. David is very knowledgeable and zealously advocates for his clients.

Excellent lawyer and even better man. Always a pleasure.

I endorse David as a tremendous talent in the area of criminal defense. In both my experience with, and observations of, him in the courtroom, he is a truly gifted advocate for his clients. I would confidently recommend him to both friends and family.

I endorse this lawyer. I have known David for twenty years. He has an encyclopedic knowledge of the law and the highest ethical standards. He is a skilled advocate who obtains excellent results for his clients.

David is an excellent criminal defense attorney. Nice, smart, and a strong advocate for each of his clients. A go-to guy for criminal defense. I wholeheartedly endorse David.

David Oakley is an oustanding attorney. He is extremely conscientious and knowledgeable. He takes very seriously his obligations to zealousluy represent his clients. He is not fazed by the prospect of representing clients in serious matters at trial. I know form many years of experince that David has obtained excellent results representing clients in federal, state and municipal courts. I highly endorse David Oakley

I endorse this lawyer. I've handled two appeals where David Oakley was the trial attorney. In each case he provided an effective defense, raising all of the appropriate issues. David is a smart, aggressive attorney.

I endorse this lawyer. David is a great trial lawyer with a great reputation throughout New Jersey. I learned a great deal from David while serving as co-counsel in a multi-defendant criminal case. David is very knowledgeable and zealously advocates for his clients.