John is active runner and is aware of the perils that joggers and pedestrians face these days, especially as incidents of distracted drivers increase with the use of cell phone and motorists texting while driving. John was quoted in a Runner’s World Magazine article concerning runner safety. Some of John’s recent race results are below:

In 2009, Mr. Burke was co-counsel with the Locks Law Firm who filed a Class Action law suit on behalf of a policyholder and a class of 21st Century standard automobile policyholders who purchased automobile liability policies with PIP medical expense coverage limits of less than $250,000. The matter was approved for final settlement on July 16, 2012 by the Hon. Jerome Simandle, USDC. As a result of this lawsuit, Defendants’ had instituted changes in their policies and practices with regard to obtaining Coverage Selection Forms from their insureds, and had taken remedial steps by reforming policies up to $250,000 in PIP coverage where PIP claims where open. Defendants changed practices regarding obtaining CSFs during renewal of existing policyholders where PIP coverage was indicated at less than $250,000. As a result of Plaintiff’s lawsuit, 21st Century reformed PIP coverage in 4,298 active policies to $250,000 (the majority which were previously set at $15,000), thereby providing approximately $1.1 billion in additional PIP coverage under such policies to New Jersey motorists In addition, regarding actual claims filed, as a result of this lawsuit, 21st Century reformed PIP coverage to $250,000 in 561 “open” claim files thereby affording such claimants over $100 million in additional potential PIP coverage for their claims.

Mr. Burke has successfully represented more than seventy homeowners in predatory lending cases against national banks, mortgage brokers and others. In some of the cases, homeowners were given false documents about the terms of their mortgages and misleading promises. Mr. Burke has pursued claims under the Federal Truth-in-Lending Act, and New Jersey’s Consumer Fraud Act among other laws.

Recently, Mr. Burke recovered $475,000. for the family of a prisoner who died while in custody. The family claimed that the prisoner who had serious health problems was negligently transported causing him to fall and sustain serious internal injuries. The family claimed that the law enforcement personnel denied the prisoner adequate medical care, which caused his death. The defendants denied any wrongdoing, but settled the case before trial.

Mr. Burke obtained a $750,000. settlement for a nineteen year old woman who was significantly injured in a motor vehicle accident. The young lady sustained herniated discs in her lower back and in her neck and a jaw (TMJ) injury. She underwent back surgery about two years after the accident as well as arthroscopic surgery for her jaw. The insurance carrier for the other driver contested that her injuries were related to the motor vehicle accident. The case arbitrated for the said amount which was  paid by the insurance company.

Mr. Burke settled a case for a young woman who sustained a broken ankle in a motor vehicle accident when another driver cut her off causing her to crash into a guardrail. The other driver fled the scene of the accident. The young woman was taken to the hospital and underwent surgery inserting screws and a plate in her ankle. After the accident, she developed a pulmonary embolism which required her to take blood thinner medication for about eighteen months. The driver of the other vehicle denied that he was involved in the accident and claimed that he was not even in the area at the time. His insurance company offered no money to settle the case before the lawsuit was filed and stood by their insured’s version of the accident. Our firm’s investigator tracked down a witness who saw the accident. Mr. Burke conducted a videotaped deposition of that witness thus preserving it for trial. Mr. burke then obtained EZ-Pass records of the Defendant driver which showed that he was in the area around the time of the accident. The case settled a week before trial for $247,500. which was paid by the insurance company which initially offered no money.

Mr. Burke won a jury verdict for an injured client, a United States Marshall Officer, who fell and sustained a non-displaced broken ankle while transporting a prisoner through a parking lot. We contended that the owner negligently maintained the area of the parking lot where Plaintiff fell on an uneven surface. The Plaintiff wore a cast for six weeks and then underwent physical therapy to help rehabilitate the ankle. Evidence was presented at trial that the injuries impeded the Plaintiff from engaging in rigorous physical activity, including special training in the United States Army Reserve. The jury award him $48,400.

Mr. Burke has successfully won trials in the Chancery Court defending home owners facing foreclosure with the end goal of allowing homeowners to keep their homes. 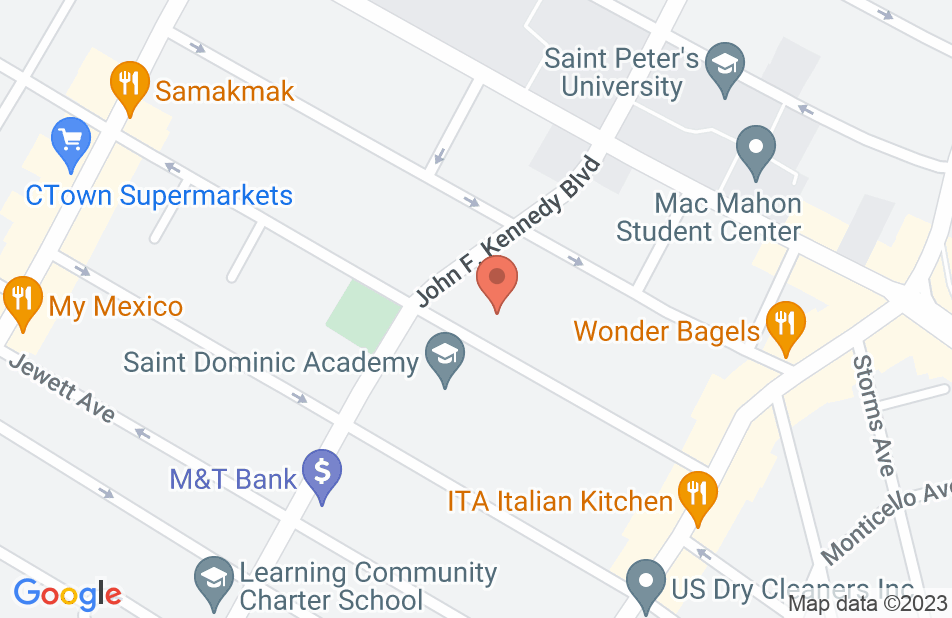 I am not overstating my Overal Rating for Mr. John Burke, Esq., he IS excellent. From our first Consultation meeting, I was impressed with his understanding of what I was up against with Mortgage Fraud. He immediately pointed out what had transpired and what I had overlooked, then advised me on what WE needed to do Step-by-Step, as well as what I could expect in response as my case would unfold. Mr. Burke was most patient with my many questions and always responded if not within an hour, at least before the end of day to waylay any concerns I was not clear on. As deceiving as the opponent was, they could not avoid or evade Mr. Burke's strong passion at getting out the truth of the matter (and they tried everything from unclear Contracts and Agreements paperwork, Landlord - Tenant eviction, Foreclosure - whatever roadblock they put up, Mr. Burke was ever-ready and dealt with the matters to gain a win for me that I will forever be grateful for. He cared - and was passionate about making sure the outcome would be favorable for me, and it doesn't get much better than that - he was a God Send.

He Fights for Your BEST Outcome!

I came to Mr. Burke from a previous attorney. My case was a complicated mess! He rolled up his sleeves and fought for me... I found John to be very personable and exceedingly professional, as was his staff. I have never been in an accident before. Not only did he and his staff do a remarkable job in keeping me informed every step of the way but also in answering all my questions and in explaining procedures and processes to me. When decisions needed to be made, he would give me his opinion but the decision was always mine. In my opinion John Burke went above and beyond when it came to the settling of my case with its excessive doctor bills. He's a great advocate for his clients and he genuinely cares. He and his staff made a horrible situation easier so I could focus on healing. Words could never express how grateful I am to have found him/them!

Lawyer Jhon Burke, is a lawyer who is dedicated to helping your customer, gives encouragement and good advice, never stops to help his client, not only in part economic, also personally, for me is a great human being worthy of all trust, I am very happy with his defense, he is very professional, I am satisfied with your work.

Being a victim of a crime you are struggling to put so much behind you. The last thing you want to deal with are the specifics of a case, who is a fault? what are you entitled to? From the first day that I stepped foot into John's office he took the worry away. I have never seen an attorney work so hard and really prove that he was working for me. At times the case felt over whelming and I was unclear about what could and would happen but him and his team took me through the whole process step by step. It has been a long 4 year journey and I have got to say that it is through the experience of having him as my lawyer that I have been able to get through the damage and pain of what has occurred. He is kind , compassionate and honest something that is hard to come by in the legal world. I am confident that he will be successful in his journey and change lives as he did mine.

I would definitely recommend!

John, I appreciate how you handled both my cases and am very happy with their outcomes. If I ever need of anything in the future or anyone I know needs an attorney, I will call your way. Take care, it was a pleasure. Also, a thank you to your staff on my behalf.

my name is EFREM G. I was in a car accident for the the first time and ended up in the hospital. I didn't know who to talk with about my accident situation. So a co-worker recommend me to JOHN BURKE so I gave it a shot and set up a meeting. John Burke was very understanding, responsive, knowledgeable so that's when I knew he was the perfect lawyer for my case. John Burke sent me to some medical providers. His staff was great and John always kept me informed.I am very happy how every thing turn out in the end and John made sure of that. I'm always going to recommend John Burke to my friends and family. THANK YOU JOHN BURKE!.

“An endless professional and personal care”

Dear John, I want to thank you and all your wonderful staff for always being there for me. From the first call I placed to the final day of my settlement, you were there extending an endless professional and personal care. For me my case wasn’t easy, but I thank you, for always making me feel that things will be ok. With your expertise, I got the settlement, I deserved. Thank for fighting on my behalf.

John Burke has acted as our attorney in several different matters, with professionalism, expediency and, in each case resulting in a successful outcome, and we were very satisfied with our experience and can highly recommend his services..