Personally, I believe that each us should do what we can to help those less fortunate and that we can more effective by joining with others who feel the same. I call this cooperative altruism. Lions Clubs gives me the outlet to pursue these beliefs. Therefore, I am an active volunteer with other Lions. I encourage everyone to participate in a service organization. As one of Lions' founders, Melvin Jones, said, "You can't get very far until you start doing something for somebody else." 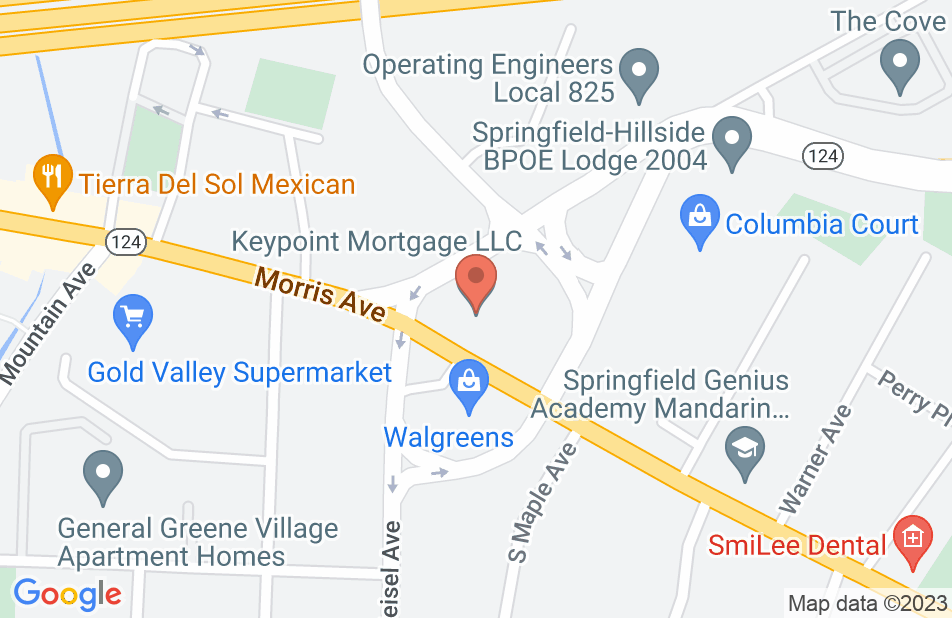 I definitely felt that I've gotten the most for my money in regards to his defending me in two debt collection cases. Extremely knowledgeable of the law and of what is expected from the other side in each case. I conferred with two other lawyers in regards to these matters before hand and neither of them gave me the same confidence as Mr. Stern provided.

Mr. Stern made sure I was informed every step of the way. Anytime I had any questions he not only got back to me right away but he also explained the whole process to me. He is not only a talented, efficient, knowledgeable lawyer but he is an extremely nice guy. I will be recommending him to all of my family and friends. I also must mention Ms. Inna Ryu in this review. She is very professional, intelligent and courteous. They were both such a pleasure to deal with from the start to the very end. I couldnâ€™t be happier with my experience!

Mr. Stern promptly responded to my inquiry. He patiently listened and explained the law to me in layman's terms. He is extremely knowledgeable and answered all my questions. He managed to ease my mind with the information he gave me and by the end of our conversation I knew he was the best attorney for my case. I highly recommend Mr. Stern.
This review is from a person who hired this attorney.
Hired attorney

This lawyer is very knowledgeable and was very helpful. He answered my questions and lead me to a site where I could find out if I had been sued. I would hire him if I were to face a civil suit and I would recommend him if anyone I know needed that type of service. Very Grateful
This review is from a potential client who consulted with this attorney.
Consulted attorney

no better attorney in the State of New Jersey

Quite Frankly, I can't think of a better attorney in the state of New Jersey than Phil Stern. He got my case dismissed against one of the biggest collection Law Firms in the business and a Judge who always seemed to side with the collectors. I thought I hadn't a bats chance in h*ll. I signed on to the suit thinking it was my last hope. I was so happy I framed the dismissal letter. I can't recommend Phil Stern enough!!!!
This review is from a person who hired this attorney.
Hired attorney

I was sued by a law firm regarding a very old debt, beyond the Statute of Limitations. I was able to get it dismissed. I then contacted Mr. Stern regarding violations of the FDCPA. We filed a lawsuit against that law firm, and settled before going to trial. I was very impressed with Mr. Stern's professionalism, and would highly recommend his services!
This review is from a person who hired this attorney.
Hired attorney

He was very polite and professional. Also knowledgeable in the area of my request. I appreciate him taking the time out to respond.
This review is from a potential client who consulted with this attorney.
Consulted attorney

If you ever wish to have a attorney who knows law and CARE about People, then HE is your guy!

I had experience about other inexperienced attorney before, ( who incidentally has very good review on AVVO), So when i contact Mr. Stern based on the reviews here, I have my share of doubt. Boy, what a difference, as soon as you start talking to him, you know he knows what he is talking about, more importantly, he is an honest and caring person,whose rate is more than reasonable. You don't have to believe me, just call him and find our yourself.

When I received a summons to appear in Special Civil Court in Union County, New Jersey for a debt I thought had gone away, I desperately was looking for an attorney that knew what he was talking about. I felt as if it was too late for them to sue me because the credit card agreement says it was based on Delaware law (with a statute of limitations of 3 years). Lawyer after lawyer advised me that the status of limitations was 6 years because I lived in New Jersey although I read the agreement differently. Some told me that maybe I was right, but likely wrong. After receiving a free, very detailed public response on a law website from Philip D Stern, I was confident he knew what he was talking about. For the entire time of my nightmare, Attorney Stern took the time to explain to me, in minute details as to why CACH (through their attorney the Law Firm Allan C. Smith) was unable to sue me for this debt based on the credit card agreement I had with Bank of America/MBNA and what other attorney’s responses would be. I, by nature, am a nervous person. Philip D Stern made me feel confident in victory. His response to the lawsuit was large and detailed, using other Judge’s decisions as examples to provide insight as to why the case should be dismissed. When needed, he attended court and verbally argued our side and won. He charged me a flat fee which also took away the concern of how much will this cost if it drags on. Each and every time I spoke with him about the case, I felt more confident that not only did he know what he was doing, I felt as if he loved to do it and did it not for the money, but for the challenge and to help people. He is one in a million. His efforts saved me from a $14,500 debt for which other attorneys that I spoke to didn’t have the confidence or knowledge at the level Philip D Stern did to win this case. This man saved me from a life of ruin based on debt for which I should not have sued for in the first place. Shame on CACH for doing this to people and thank the Lord for bringing Philip D Stern, to me.

Philip Stern is GREAT! If you're ever sued by a junk debt buyer or a credit card company, I highly recommend you retain Mr. Stern to represent you. Mr. Stern offers a fully stocked arsenal of weapons to use in your fight against the "big banks" and "junk debt buyers." Don't be bullied by the collectors. Put up a fight and let Mr. Stern help. Mr. Stern is very reasonable with his fees. I've hired other lawyers that billed me for ridiculous stuff such as leaving a 30 second voice mail message to call them back (cost me $100). You won't have any of that craziness from Mr. Stern. In fact, Mr. Stern is quite generous with his time and advice. You'll definitely get more value for your money with Mr. Stern. I can't say enough good about him. He's really great and I would highly recommend him. I know if I ever have a debt problem in the future and need a lawyer: Mr. Stern will be my only choice. FYI: He helped me fight a junk debt buyer in court and win. He made the bank's attorney "look like a fool." Saved me $12,000!
See all reviews

I endorse this lawyer. Mr. Stern is an extremely knowledgeable and effective advocate for his clients.

Phil's expertise in FDCPA matters is why I refer all clients with possible FDCPA claims to his office.

I endorse this lawyer. Mr. Stern is an exceptional attorney in the area of fair debt collections practice. His sharing of knowledge and advocacy have been quite helpful in my representation of clients. Thank you, Mr. Stern.

I have known Phil for many years and have referred many clients to him to handle FDCPA cases. He is an excellent lawyer who knows the law and cares about his clients. This is truly a wonderful combination.

I endorse this attorney. Philip Stern is extremely knowledgeable in the areas of debtors rights, debt collection defense, and fair debt collection practices. I refer clients to him without hesitation.

Daniel Frischberg, Bankruptcy and debt Attorney on May 13, 2013
Relationship: Fellow lawyer in community

Phil is not only a mentor, but a friend. His knowledge and compassion for consumer protection is second to none. I'm proud to be learning from the best. I endorse Phil Stern without hesitation.

Phil is a dedicated consumer advocate.

I endorse this lawyer's work. Mr. Stern is incredibly consciencious and caring in his work. I have referred numerous clients to him over the years, and he has always handled their cases with skill and determination.