Mr. Rojas graduated from law school in 1997, cum laude.  He was awarded the Corpus Juris Secundum Award for Criminal Law and a similar award for his Legal Writing class, and was recognized by his law school for his overall.  He was also recognized by the law school for his overall academic achievement.  Following law school, Mr. Rojas was recruited and commissioned as a Captain by the United States Army, Judge Advocate General's Corps.  He served with distinction as a lawyer for the United States Army, receiving the Army Achievement Medal as a member of the XVIII Airborne Corps.  Later, Mr. Rojas was appointed Special Assistant United States Attorney whereupon he was given the awesome responsibility of representing the United States as a federal prosecutor.  Mr. Rojas prosecuted and tried cases such as rape, child molestation, homicide and larceny.  Mr. Rojas was awarded a certificate of appreciation by the Director of the FBI for his "outstanding prosecutive skills"and was made an honorary Agent with the Army Criminal Investigation Division.

Mr. Rojas left public service and spent the next five years representing large corporate and governmental clients such as Home Depot, Shell Oil, Behr Paint and the City of Hartford.  He was employed by Shipman & Goodwin, LLP, one of Connecticut's largest and most prominent firms.

In 2005, Mr. Rojas left Shipman & Goodwin to start The Rojas Law Firm, LLC.  Mr. Rojas was driven by a desire to make his legal skills available to individuals, rather than corporations and governmental entities.  Since founding The Rojas Law Firm, LLC, Mr. Rojas has shifted his practice to the representation of the injured and the criminally accused.  Mr. Rojas is now driven by a personal passion to bring justice to those who need it most. Mr. Rojas has been featured in the evening news (NBC30), the Connecticut Law Tribune, and has been quoted in the Hartford Courant. 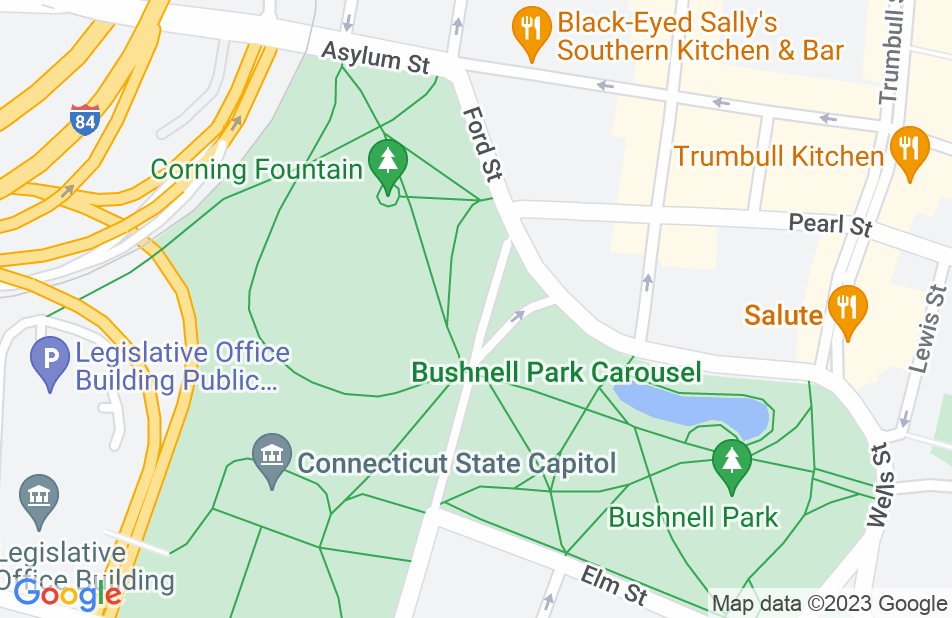 I definitely endorse Attorney Jose. He is been very responsive to our case and very talented with high detail. I am very glad that he is our lawyer and definitely for any future needs we will approach him only. Hence I recommend him to others as well.

Attorney Jose Rojas Is A True Credit To His Profession

Words just can not express my everlasting gratitude towards Attorney Rojas. He was Always there for me from day one and treated me as if I was his only client. He put himself in my shoes and felt just what I was going through. He really did care about me as an individual. Attorney Rojas has such an Unbelievable knowledge of the law...Why it's truly Amazing. I have recommended Attorney Rojas to both my family and friends because he is the Best there is...Hands Down. Thank You again for everything.

Very thorough ,Most appreciated part was the willingness to go over different approaches Took the time to explain different alternatives ,Pros and Cons Overall Great Job. Thank You Mr.Rojas

My experience with the representation provided By Attorney Jose Rojas.

Hello, My name is Frank I felt it important to take a minute to provide some feedback regarding my experience with the Rojas Lawfirm. First about Attorney Rojas, Jose is a extremely compitent and accomplished attorney his knowledge of the law and the way the system works is brilliant. Jose intrenches himself in your case never making mention of the ammount of time and research he puts into the matter. Attorney Rojas is a compassionate person in his approach to the client but also is extremely honest and forthcoming when it comes to what your expectations of a case should be. in my experience he was extremely prompt, responsive, and professional. The results I recieved were beyond my expectations and I credit Jose's patience, research, and knowledge of the law for much of that. Too many times in today's world you pay for services only to be dissapointed in what you get in return, not with this man!! I am happy to say this was one of the better choices I have made when seeking professional legal services and would highly reccomend his firm. Sincerely, Frank

One of the best attorneys I have used. He is a wealth of knowledge and superior in representaion.

Attorney Rojas was by my side the whole way. I felt very comfortable with him. He is extremely knowledgeable , down to earth and honest. He speaks in terms that you can understand. He also takes time to explain everything, and informs you of all your options, with patience and compassion.

Attorney Rojas is caring and brilliant. I feel fortunate that he was recommended to me, and would not hesitate to recommend him to my closest friends.

I endorse this lawyer. Aggressive and driven lawyer with exceptional results for his clients..

I regularly consult with Jose on cases. He is an outstanding trial attorney with an impressive track record of results.

I endorse Jose. He is a highly skilled attorney that is well respected in the legal community.

Jose Rojas can be described best as a knowledgeable and aggressive lawyer. His trial and case management skills promote the best results for his clients. I do highly recommend Jose Rojas.

I endorse this lawyer. Attorney Rojas is a skilled litigator with the ability to expertly analize a legal action. Jose is one of the few lawyers gifted in multiple practice areas, including criminal law and negligence law. He is a dedicated trial lawyer who will see his client's case through no matter how difficult the fight.

I worked with Jose for several years and was always proud to call him my colleague. He is a tireless advocate for his clients and a true champion of justice.

I endorse this lawyer's work. Jose, has the keen insight to analyze the specific aspects of each case and use that analysis to the advantage for each of his clients. He also is an attorney that does not hide the weak points of a client's case, from the client, but addresses those aspects with the client. He usually can solidify the weakest points of his clients' cases. If I ever needed a personal injury attorney, Jose Rojas would be my first choice.

I endorse this lawyer's work. Attorney Rojas has impeccable work ethic and I would, without hesitation, refer a civil action to him for handling.