Attorney Cates is a former United States Marine. There he served as an M60 operator in the 5th Marine Regiment and managed the substance abuse program for the Regiment. Attorney Cates attended the University Of Connecticut School Of Law. He is a graduate of San Diego State University where he received a Bachelor of Arts in Latin American Studies.

Attorney Cates serves clients in Criminal Defense, Personal Injury, Workers Compensation, and various other matters from his office on Oak Street directly across from Superior Court at Hartford. 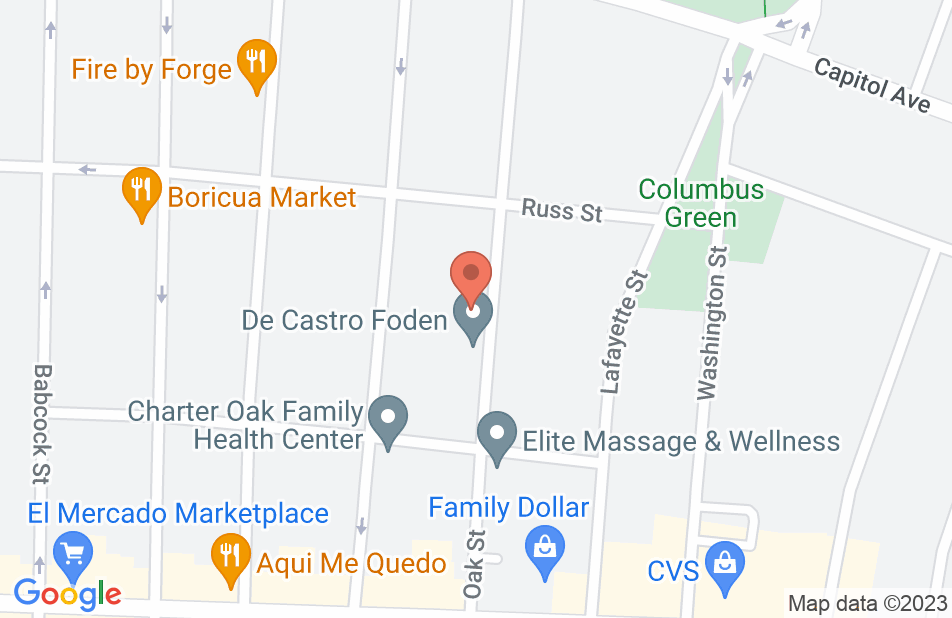 I’ve been coming to Andy for a few years now and he has to be one of the hardest working lawyers I’ve came across. He always goes the extra mile for his clients and never fails to get you the results you want. He respresented me in 2 P.I cases and I had hired him for 2 criminal cases and he did an amazing job in getting me what I had wanted. I highly recommend him, you will not be disappointed!
This review is from a person who hired this attorney.
Hired attorney

He goes out of his way every time for me I really appreciate it Andrew I cannot say enough about you I really do appreciate everything you do for me thank you art bruce
This review is from a potential client who consulted with this attorney.
Consulted attorney

Getting arrested was one of the worst, probably the worst experience of my life! I didn't know what to do with myself and it was awful. I called Andrew Cates the following morning of my arrest and he met with me that afternoon! Not only did he comfort me but he really provided a great outline of what we were going to do to take on my legal matter. Had i not called Andrew I really feel that I would be in prison right now. He kept great communication throughout the hole ordeal and provided great coaching in the steps to take twoards expunging my arrest. It was a class C felony for assault on a police officer. This is not a light charge and needless to say any crime commited against law enforcement is not light either. It really was a mistake and I had absolutely no intentions of harming the officer. Even with the severity of the crime Andrew was able to have my case dismissed and record completely spotless. It really is incredible to think a felony can ruin your whole life, and trust me it can. For my probation term I was asked about the felony for my college interview as well as multiple work and internship interviews. I am beyond thankful to have the opportunity at a clean slate and putting the past behind me. I would recommend Andrew to anyone who really wants more then a lawyer, and really wants someone who is a lawyer and a guidance counselor. Being 18 years old and having to pay for my own legal fees wasnt easy but Andrew understood that and worked with me. I wouldnt go to anyone else but Andrew for an incident that may arise in the future and I reccomend the same to you!

Andy's services are some of the best you could hope to find. He has continued to help me in numerous ways long after my original case was resolved. I was more than satisfied with the outcome of my case and I knew from the beginning that I chose the right person to defend me. I would recommend Andy to anyone for any future matters.

From the moment that I met with Attorney Cates, I knew that I was in good hands. He listened to me and to the information regarding my case and promised me that I would not have to worry about the outcome. He believed in me and in the fact that I wanted to change my life. He went to bat for me from day one. He kept me informed of every change and motion he entered. He even drove me from court to a rehab program himself. He is honest, forthright, intelligent, empathic, down to earth and non judgmental. I recommend him to everyone I know who may need a lawyer. He helped change my life and never gave up on me or my case.

I am the current president of the Connecticut Criminal Defense Lawyers Association and I definitely endorse Attorney Cates for their work defending people charged with criminal offenses in Connecticut. Attorney Cates is a tireless fighter for the accused and zealously defends his clients. If you are seeking an attorney for help with a criminal case, you have found a good one in Attorney Cates.

A superb lawyer. Attorney Cates is a comptent and diligent attorney who always puts his clients first. I highly recommend this lawyer.

I endorse this lawyer. He is highly respected in his field.

Terrific lawyer. Knows the law but also how to effectively advocate for his clients. I would refer friends and family as well as clients without hesitation.

I endorse Attorney Cates as a top criminal defense lawyer. We are both members of the Connecticut Criminal Defense Lawyers Association. His creative and thorough approach to legal issues make him an ideal advocate for his clients and an asset to our legal community.

I endorse this lawyer. Tough and talented litigator.

I endorse Andrew Cates as a criminal defense lawyer. I have come to know Andrew and have seen his work as a fellow criminal defense attorney in many of the same courts I frequent. Andrew works hard and cares about his clients. We have consulted each other on legal questions. Andrew is an able advocate.

I endorse this lawyer. Mr. Cates is a skilled and respected member of the legal community. He is a zealous advocate for the rights and interests of his clients.

I endorse this lawyer. I've worked with Andy on a few matters and found him to be very professional and thorough. When I worked with him as an expert witness, I was impressed by the time he spent and effort he made to ensure that his client understood the process and the consequences of his actions along the way.

Attorney Cates is a dedicated and passionate attorney. I've had the pleasure of working with him on multiple matters, in addition to seeking his advice. I've always found his approach to be thorough and well thought out, helping me achieve consistent, positive results. I highly recommend him.

I endorse this lawyer. Attorney Cates has built a good track record over time for obtaining the best possible outcomes for his client.