Since graduating from Vermont Law School in 2012, I have tried many cases before juries and have won a great majority of those trials. Even more often, I convinced the trial court to dismiss cases without the need for a trial. Whether charged with a crime, injured in an accident, looking to start a business, or buying a home, you need a lawyer you can count on. With me as your attorney, you can be certain you have an effective courtroom lawyer on your side, ready to fight for you. 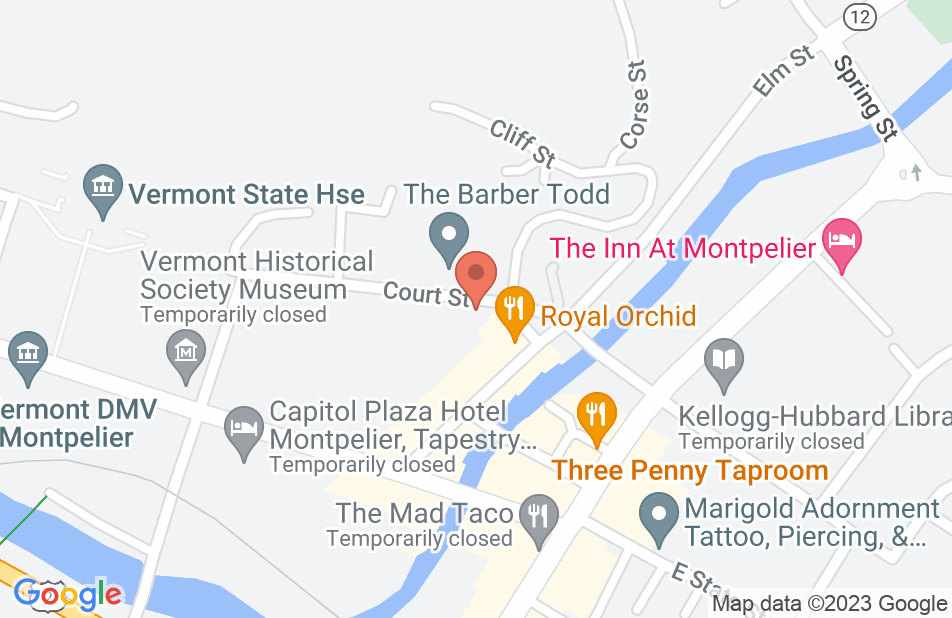 You wont find an attorney that not only cares about people in general, not just his clients & who works as hard as Ember does!!

I hired Ember with a recommendation from some one I have known for quite some time. He had gotten his case dismissed and rightfully so too. When I met Ember he was timely, very attentive, and understanding. He listened very carefully to everything I had to tell him. And he was so confident and sure of himself when he told me he thought he could win my case that I knew he was the person I needed to represent me. And I was right. It's not every day that you find an attorney like Ember. He will fight for you to the box. He is relentless and very smart. He doesnt give up when he runs into something that you might think is an end game. When something gets denied or turned down he finds another way to figure it out. And just when you think there are no more options or angles he says "I have a new idea" I happened to be out on bail on a misdemeanor case when he took my felony case on and I missed a court date on accident because I was confused about the dates and a warrant was issued. Ember told me to go down to the courthouse and reset my court date and he would make sure they didn't arrest me. I got down there bringing along my emotional support animal. At the time I didn't know that she couldn't come in the courthouse with me. When I got there having my dog raised a bunch of drama and the troopers after asking me my name detained me in handcuffs even after I told them my attorney told me to come down here. Thankfully the troopers let me make a phone call to Ember. The troopers told me he had 5 minutes to get down to the court house or they would have to remand me to the jail. Even though he wasn't even my attorney on that case he made it down to the court house in 4 minutes and even posted my $1000 bail. And not only did he post my bail, but there was an issue of where we could put my dog where we were figuring out all the paperwork and whatnot. She was still a small puppy and hardly potty trained and Ember still offered his car to let my puppy sit in there while we handled the paperwork. Needless to say of course she peed in his car. I felt so bad, but Ember just said it wasnt a big deal and she was a puppy. Now I would have been upset, but not Ember. He has a great attitude and a very kind spirit but MOST of all he is an AMAZING attorney. The last thing that I need to add is he was supposed to finish up my case before he moved from AK, but I ended up going on the run kind of messing with those plans. Not only was he extremely open and forthright about the fact he would be moving, he offered to stay on as my attorney and said he could file motions and do paperwork from out of state, but he warned me that if we ended up in trial that he more than likely wouldn't be able to make it back to AK for it and then refunded me a partial refund of $1000. Hes honest, hes a hard worker, he is relentless, and he is one of the best attorney's we have ever had in AK. We are definitely sad to see him go. Not many attorneys will fight against D.O.C or go to the lengths that Ember will. He isnt scared to fight for the underdog because he believes that they should have to follow the laws as they except us to. Thank you Ember. I know I promised to write this review awhile back but there was just so much I had to touch on and I get distracted so easily I had to get inspired. Thank you though Ember. If Ember is in your city choose him as your attorney he will fight for you.
This review is from a person who hired this attorney.
Hired attorney

I would hire Ember Tilton anyday. I contacted him in regards to my husbands case. He said if things don't look good within a couple weeks to call him back. He isn't about just taking your money because he can but I would hire him in a heart beat if necessary.
This review is from a potential client who consulted with this attorney.
Consulted attorney
Ember Tilton's response: Thank you for your kind words.

Even though he was not bound to do so, he has offered advice to my brother thru me online. He continues replying and commenting to every single question. I am in Mississippi , if I he were here, I would definitely hire this Attorney. He seems to genuinely care!
This review is from a potential client who consulted with this attorney.
Consulted attorney
Ember Tilton's response: Thank you for your kind words.

I don't even know where to begin. Ember was given to me as a public defender, and we all know how that usually goes. I was a mess, I had 10 years hanging over my head for something I didn't do, a misunderstanding/lack of investigation. He did everything he could to show this to the judge. The judge actually apologized to the jury for their wasted time, and told me how he hopes I can move on from this. Ember was incredible in that court room. Organized, clear headed. Showed the FACTS. He is wonderful, and I can't give him enough recognition for what he has done for me. I strongly suggest him for anyone's attorney!
This review is from a person who hired this attorney.
Hired attorney
Ember Tilton's response: Thank you for this stellar review. I appreciate you taking the time to write it.

I really appreciated all of Embers help, he personalized my case with him, and actually wanted to help me and didn't make me feel like just another client of his that he needed to help. He was very helpful, and quite hilarious! I was actually really bummed when he relocated and he was no longer my lawyer.
This review is from a person who hired this attorney.
Hired attorney
Ember Tilton's response: Thank you for taking the time to write this review. I appreciate it.

I endorse this lawyer. Ember produces a high quality of work and I would recommend him to anyone.

Andrew Delaney, Personal injury Attorney on May 27, 2016
Relationship: Worked together on matter

I've seen Ember do some really top-notch criminal-defense work. He was trying a case a week for some time and winning all his cases. You're in good hands with Ember.