Jacqueline grew up in Falmouth, Maine, and while she did not always know she wanted to be an attorney, she always knew she wanted a career where she could help people. Jackie found her way to the law several years after earning her B.A. in American Studies, with a concentration in Political Science, from Bard College in 2006.  In 2009, Jacqueline moved back to Maine and began her law career at the University of Maine School of Law in 2011. She graduated in 2014.

While at Maine Law, Jacqueline focused her studies on constitutional, family, and elder law.  Jacqueline was a summer intern at the Cumberland Legal Aid Clinic in 2013 and continued to take clinical classes throughout her last year in law school.  While at the Cumberland Legal Aid Clinic, Jacqueline represented clients in family law, probate, criminal, and juvenile criminal matters.  In the spring of 2014, Jacqueline appealed a guardianship of minor case to the Maine Law Court. 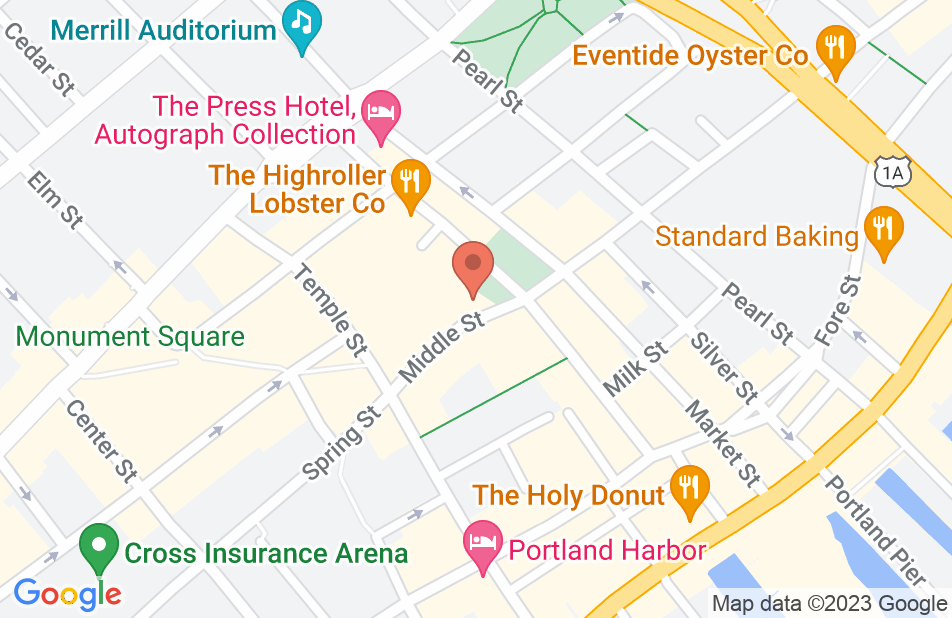 If your looking for a great attorney, look no further

I can't say enough about Jacqi, she was very pleasant, helpful, honest (even when it's not what you want to hear) real person with some compassion. I was very nervous due to a previous experience with a different attorney and had let those fears from before get to me. I reached out to Jacqi and expressed my concerns and fears and she assured me she was and would do her best to help. I can't speak for the other party but I feel she presented her self in a way of just dealing with facts and in a non intimidating and dignified manner. Which is not how I felt when being examined by other parties attorney. Jacqi was upfront and honest, I feel I made a choice to go in a direction maybe not necessarily the route she would of gone or chosen and she just explained she will do her best but know that at this point whatever the outcome is, is out of both parties hands. I think much to both of our surprise, or at least for me the outcome was more than I could of imagined or hoped for. I would not of been as prepared or successful if not for her!
This review is from a person who hired this attorney.
Hired attorney

Jacqueline Moss represented me in my child support and parental rights modifications. Jackie went above and beyond to listen to not only me, but my family as well. I suffer from anxiety issues. Jackie was there to help me through all of my anxiety and calm me down. Even if it was her telling me the same things over and over that I needed to hear. What I am most thankful for is Jackie helping me keep my son safe! Jackie is very nice and caring. Jackie always had a smile and a gentle voice. I would recommend her to anyone who needs help with their divorce and child custody. I am forever thankful for all Jackie has done!
This review is from a person who hired this attorney.
Hired attorney

My case was very difficult. I had a divorce with children and Jackie was amazing.. she took me on at last minute and was very patient with me with all the questions I was asking her. In my eyes I won my case because of Jackie.. If it was not for her as my lawyer I think I would of had a harder time winning my case and a lot more stress. If you are looking for a lawyer that listens,answers questions, and can lean on during court Jackie is the right lawyer. I would definitely hire her again in the future if I need another lawyer.
This review is from a person who hired this attorney.
Hired attorney

I was referred to Jacqueline and the Maine Community Lawyers Project via an attorney friend of mine. Upon first meeting I felt immediately comfortable discussing my case (custodial/parental rights- infant daughter) with Jacqueline. She was open to listen and willing to process with me throughout, always asking what my goals were and keeping me focused on what was best for my child. She was supportive and fought hard to get everything I had hoped for re: visitation, parental rights and cooperation from my ex. I felt respected, justified in my concerns and a certain comfort in knowing I was working with a professional attorney who knew what to do and how to do it. Jacqueline is clearly passionate about helping families reach positive resolve. I can't thank her enough.
This review is from a person who hired this attorney.
Hired attorney

Ms. Moss represented me in a recent child custody case. Throughout this family court process I was relieved to have her representation and legal support. She took the time to respond to my questions and explain the statutes related to my case and advocated for the emotional and financial well-being of my children. She was not intimidated by the legal process and was a beacon of strength and information during a difficult, confusing, and overwhelming process. Although relatively new to practice, she was knowledgeable and able to seek our information she was unsure about. I would strongly recommend her as representation.
This review is from a person who hired this attorney.
Hired attorney

I endorse Attorney Moss; Jacqueline works diligently for her clients.

I have known Jackie for several years and have always been impressed with her sincere dedication to her clients. Attorney Moss, who is extremely well-versed in Family Law, is a strong advocate with an eye towards getting the best possible outcome for her clients.

I have known Jacqueline since law school and she has always struck me as a tireless and effective advocate for her clients. She is skilled, knowledgeable and compassionate. If you have a family law issue, Attorney Moss should be one of the first people you call.

Jackie is a resourceful, creative attorney who makes giving back to the community a significant part of her practice.